Realme India and Europe CEO Madhav Sheth have officially confirmed the launch of the Narzo 30 4G and Narzo 30 5G in India. The new Realme Narzo 30 phones will arrive in India on June 24. Additionally, Realme will also introduce a new 32-inch smart TV and the Realme Buds Q 2 TWS earbuds alongside the Narzo devices.

We could also get a launch date for the Realme GT in India. The launch of the new Realme products will take place on June 24 at 12:30 pm (IST).

The #Narzobyrealme series is all about unleashing your inner Young Player.

‌Get ready as we elevate your TV experience and bring #RichPictureRichSound with the 80cm #realmeSmartTVFHD.

It is worth noting that the Realme Narzo 30 4G and Narzo 30 5G have already been revealed in other parts of the world. Both phones are equipped with a 90Hz FHD+ panel, a 48 MP triple-camera setup, a 16 MP selfie camera, and a 5,000 mAh battery. One of the key differences between the two devices lies in the chipset. The 5G Narzo 30 model uses a MediaTek Dimensity 700 SoC, while the 4G variant uses a MediaTek G95 SoC.

Realme has also confirmed a few details about the upcoming smart TV. It will use a 32-inch Full HD LCD panel with 400 nits of brightness. The TV features 24W Quad Stereo speakers that Realme says it will make the “sound more stereoscopic and clearer”. It will run Android 9 Pie-based Android TV and comes with a built-in Chromecast and Chroma Boost picture technology. 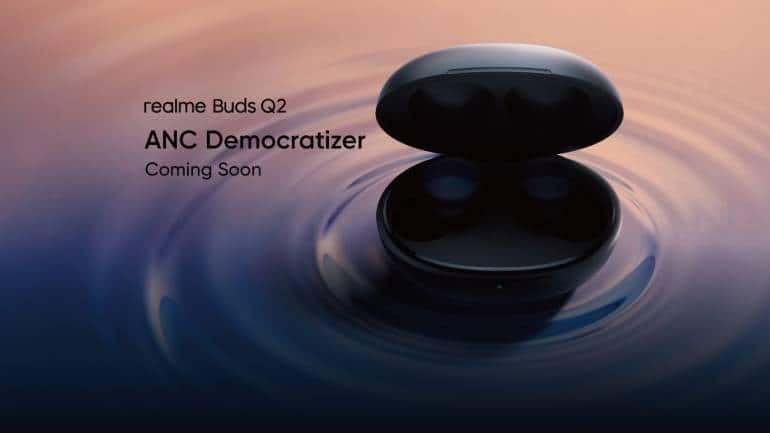 Realme has also set up a product page for the Buds Q2 on its official Indian website. The successor to the Realme Buds Q (Review) will “democratize” active noise cancellation (ANC), which confirms that it will come with ANC. The Buds Q2 TWS earphones have also shown up on Amazon India.
Moneycontrol News
Tags: #Realme #smartphones #TV
first published: Jun 17, 2021 03:09 pm