HP has introduced a new portfolio of Omen and Victus gaming laptops, and desktops in India. The new devices feature Intel Core 12th Gen and Ryzen 6000 series processors, along with options for Nvidia's RTX 30 series graphics.

HP is aiming for the creator and game enthusiast market with new products, and HP says that all components within the machines, are made from post-consumer recycled ocean-bound plastic. Both the Omen 16 and 17 laptops feature upgraded thermals, that helps the devices run cooler and 5% quieter than previous generation models. HP has introduced a new thermopile sensor, that can be tracked with the Omen Gaming Hub, and can dynamically allocate CPU resources, where they are needed.

HP says that this helped them see a 18% performance increase in benchmarks like 3D Mark Time Spy, and up to 36% more CPU performance over the last model.

The Omen 16 features a 16.1-inch display, while the Omen 17 flaunts a larger 17.2-inch display. Both are IPS QHD panels with refresh rates of 165Hz and a 3ms response time. 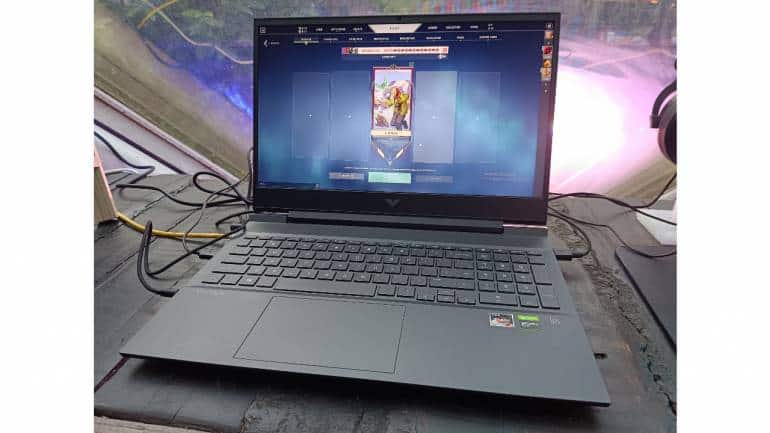 The HP Victus 15 has a 15.6-inch display, and comes with a new design with softer edges and an elevated Omen inspired chassis. HP says that the new laptops have Temporal Noise Reduction (TNR), that can clean up "noisy areas to deliver grain-free, low-light video quality, and Super Resolution Auto Scene Setting."

The Victus 15 can be configured with 12th Gen Intel Core i5 and i7 processors, and Nvidia's RTX 3050Ti graphics.

The Victus 16 has a 16.1-inch display that can be configured with up to FHD resolution with a refresh rate of 144Hz, and Eyesafe low-blue light filters for ease of use. The rest of the specifications include AMD's Ryzen 7 6800H processor, with Nvidia's RTX 3050Ti Graphics. You can also opt for up to 512GB of SSD storage. 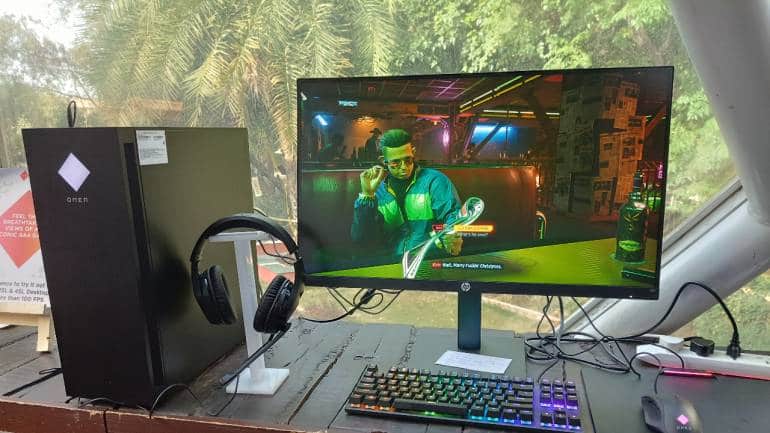 The new Omen desktops feature configurations of up to 12th Gen Intel Core i7-12700K, up to Nvidia GeForce RTX 3080 graphics and up to HyperX 32GB dual-channel DDR 4 RAM.

HP says the new patented Cryo chamber cooling in the desktops, use ambient air and "precise placement of the fans"  to keep temperatures in check. Of course, there is complete RGB control as well.

The chassis is built with tempered glass panels, a full metal body, and enables complete tools-free access to the internals for easy swapping.

The Omen Hub on the devices enables a wide range of functions like software based fan control, BIOS access, RAM frequency tuning and intelligent overclocking.