As part of the company’s Next Billion Users Initiative, Google is set to expand its free Wi-Fi service beyond railway stations in India to include entire cities.

The search engine giant announced plans to spread out its free public Wi-Fi service called Google Stations to other railway stations across India under the Google RailWire project.

The project started back in 2015, saw Google partner up with CBN and FiberStar to bring high-speed public Wi-Fi to hundreds of locations across Indonesia and has plans to expand in more areas across the world. 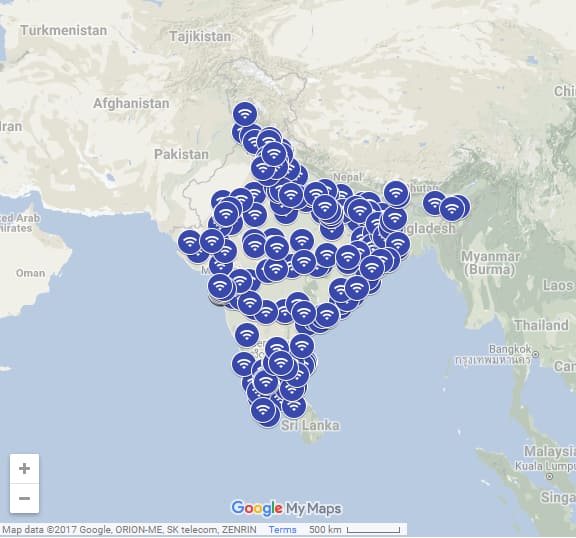 At the event, Google India also launched its first suite of products and features aimed to help more people discover how the Internet can make "life easier and more convenient".

Citing the example of the bike mode on Google Maps and addition of bill payment feature in Tez, Sengupta said, "These additions both speak to the specific lifestyles of a large number of Indians".

Google has also bagged the Wi-Fi deal for Pune Smart City Development project, which is valued at Rs 150 crore and will see Google working with companies like Larsen & Toubro, IBM and Indian Railways telecom arm RailTel.

Google said that it does not have any plans for immediate monetisation but is testing out advertising and possible paid upgrades to create a sustainable model for the Googe Station Wi-Fi, reported The Hindu BusinessLine.

Sengupta also added that the initiative will soon go beyond just railway stations.

In India, Google partnered up with RailTel to provide free Wi-Fi at Bengaluru Railway Station back in 2012. By 2016, Google claimed it was offering free Wi-Fi across 100 stations in the country.

Apart from this and several other announcements, Google also launched the Android Oreo Go edition for budget smartphones that will come with a file size of 512 megabytes. Partnering with the Foundation For Rural Entrepreneurship Development (FREND) set up by Tata Trusts, Google also plans to offer employment opportunities to rural women.

(With additional inputs from PTI)