India reported over 21,000 new COVID-19 cases in 24 hours, according to the official update on December 31. Active cases continued to slide with a fall of over 4,000 in a day. The recovery rate has risen to 96 percent.

As many as 21,822 new COVID-19 cases were reported in India in the previous 24 hour-cycle, as per the health ministry’s update on December 31. India’s overall tally stands above 1.02 crore. 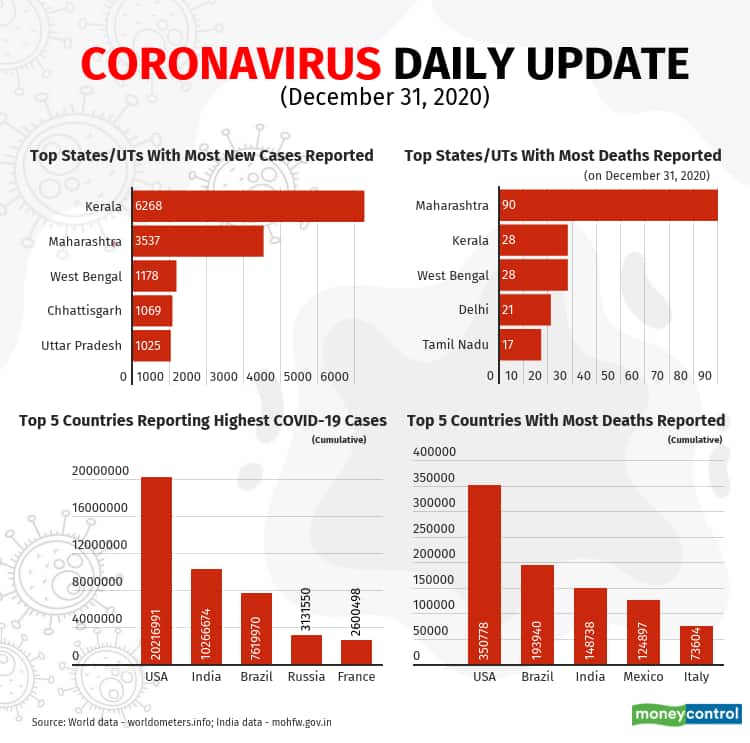 Maharashtra reported the most deaths (90 - or 30 percent), followed by Kerala (28), West Bengal (28), Delhi (21) and Tamil Nadu (17). These five states accounted for 62 percent of all new fatalities reported across the country during the period.

About 10 states and Union Territories like Andaman and Nicobar, Arunachal Pradesh, Chandigarh, Dadra and Nagar Haveli/Daman and Diu, Ladakh, Mizoram, Nagaland, Puducherry and Tripura did not report any deaths in 24 hours. Here's a list COVID-19 vaccines under different stages of development in India as on December 28: