172@29@17@106!~!172@29@0@53!~!|news|cricket|betting-in-cricket-stakes-skyrocket-in-indias-dark-playgrounds-this-world-cup-part-i-4096011.html!~!news|moneycontrol|com!~!|controller|infinite_scroll_article.php!~!is_mobile=false
Subscribe to Moneycontrol Pro and get 365 bonus InterMiles! Use Code: INTERMILES
you are here: HomeNewsCricket
Industry body FICCI has estimated India’s illegal betting market at over Rs 3,00,000 crore, which is about the size of India’s defence budget.
Updated : Jun 22, 2019 05:34 PM IST 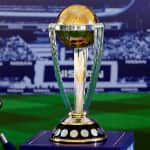 With the sun raining fire across the plains of northwest India, only a few gutsy people brave to head out in the open at 2.30 pm. There aren’t too many people at the time in the lush lawns of an upscale club, nestled in a leafy corner just off the national capital.

One can spot an odd gardener, head covered in a gamcha (a coarse cotton towel), watering the odd plant. Inside, butlers bedecked in brass buttons and smart tunics, serve personalised food to patrons at the club’s dining hall.

The wafting aroma of hot meals, enmeshes seamlessly with the sounds of crackle of fine bone china. Collective exclamations of awe or frustration echo often, as Virat Kohli and his boys take on the Proteas in a high octane ICC World Cup league fixture.

Don’t let the image mislead you. Not everyone among the swish set in the hall has settled into a lazy afternoon lunch. One diner could be seen tapping his fingers briskly on his smartphone, frequently looking up the scorecard’s minutiae.

Nothing unusual, only that he has wagered a princely sum on anticipations of how it will actually play out at the Rose Bowl, Southampton, in England.

Approximately 30 km away in central Delhi, a group of men huddle together in the evening outside a glitzy showroom where tens of television sets, mounted wall to wall, are running a live telecast of the World Cup.

There is discernible excitement or anxiety at the end of each over, a fall of wicket, a four or a six among the people hurriedly moving fingers on their smartphones, a similar emotion the person lunching at the club demonstrated in the afternoon.

So who are these people texting, while watching the game? 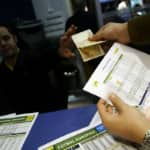 Yes, although betting in cricket is illegal in India, the stakes and incentives are high enough to attract punters from across income spectrums to gamble some spare cash to earn a quick buck.

The figures are a telling. Industry body Federation of Indian Chambers of Commerce and Industry (FICCI), which has long advocated legalising betting in the country, has estimated India’s illegal betting market at over Rs 3,00,000 crore, which is about the size of India’s defence budget.

Every match involving India, England and Australia in the World Cup is estimated to attract bets amounting to over Rs 438 crore, a legal betting website based out of England has claimed.

The India-Bangladesh warm-up match has attracted bets to the tune of Rs 149 crore, mirroring the rise of gambling in cricket as an asset class in itself.

These figures come out of just on one legal betting site. The stakes are manifold in the illegal betting industry, where millions of people residing in India are believed to be betting on cricket. There’s a bustling parallel industry, where deals take place outside the legitimate financial system, and the numbers can be eye-popping. 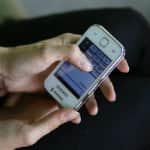 Information is priceless. Microseconds matter when bets fly and change at the tap of a jumpy app. Popular overseas sports websites and apps are more than willing to handhold punters through the complex web.

It is a game of fastest fingers first. Literally, and figuratively. It is similar to day stocks trading, but with far greater speed, where an information matrix of random elements such as weather and toss can influence results.

There are many like the ones lunching at the club, who may have asked friends or relatives to open overseas accounts and place bets on their behalf on online betting sites.

As a match progresses, bettors stay in constant touch with their relatives or friends to alter bets. The preferred medium of communication is of course WhatsApp, considering its “end-to-end” encryption and cost effectiveness.

Bets are not just placed on the actual result, but on a variety of outcomes like runs scored in an over, number of wickets taken by a bowler, number of sixes and fours, number of dot balls in an over, run outs or stumped wickets.

That’s why in cricket betting, information is serious business. It functions on the motto “what you see, is not when it happens”, implying there is always a time difference of a few seconds of action on field and live action shown on TV.

Serious punters invest in both technology and people to exploit this hole and maximise gains. A punter, who this correspondent spoke to after much convincing, disclosed that every top bookie has access to live raw feed of the broadcast

Bookies install gadgets mounted with antennas to receiving live feed. They use special decoders that give them access to live streaming without advertisements and they have a 5 to 10 second advantage as compared to those watching the game on TV.

Bookies also resort to pitchsiding -- a practice where a spectator attending a live game can provide information and take advantage of the lag in broadcast. Punters ‘invest’ in these spectators to draw information, place bets and make a killing.

As Indian citizens are not allowed to carry out digital transactions for online betting, those involved use hawala channels to obtain passwords and carry out transactions on betting websites located overseas. A large number of top bookies are based in Dubai and a punter sitting in India can use the credentials of an NRI friend or family to indulge in betting.

For those who punt offline, there are rules of the game and they have to abide by it. The punter this correspondent spoke to said that the system works like clockwork efficiency and payments are made/given without any delays. For example, if a day match ends at 2.30pm (IST), the money will be delivered at the designated address latest by 5.30pm to 6pm. 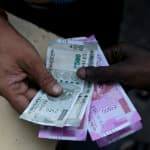 What are the odds?

When a bookie says that the odds for a particular batsman’s century are 1.50, it means the total amount you get for winning the bet will 1.5 times the amount you bet. When odds are given in fractions, they denote the profit you make on winning the bet. So, an 8/3 odds of India winning the World Cup means a bet of Rs 300 will fetch you Rs 800 in profit (a total of Rs 1,100). The odds keep changing as the tournament progresses.

In the 2015 World Cup, bets worth Rs 50,000 crore were made and this edition is expected to beat that number by a vast margin. 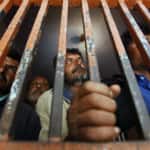 During the 2015 IPL season, a total of 13 arrests were made on those involved in betting.
In the eighth edition, the Ahmedabad Branch of the Enforcement Directorate allegedly busted a Rs 2,000-crore racket.

Recently, a betting racket comprising mainly students, was busted in Vijayawada while former Indian women’s cricket team coach Tushar Arothe was arrested along with 16 youngsters for betting on cricket matches.

The IT Act, 2000, does not specifically talk about online betting. Sikkim is the only state that allows online betting through the Sikkim On-line Gaming (Regulations) Rules, 2009, while Delhi and Maharashtra have some of the toughest laws against online betting.

Police officials are also hamstrung by the fact that the law related to prosecuting offenders in gambling is weak and it can be corroborated by the admission of former top cop Neeraj Kumar, who spearheaded the operation that rocked world cricket in 2000.

His take on the subject and the way ahead will be the focal point of part 2 of this series.