Rolling returns: 7 out of 10 times this paint stock turned multibagger if held for 3 years

A Moneycontrol analysis found that an investor who stayed with any of these companies for a three-year period in the past 15 years (June 2007-June 2022) saw their investment double most of the time.

We calculated and analysed three-year rolling returns for these firms over the last 15 years. Rolling returns are useful for examining the behaviour of returns for a selected time frame. They are considered more accurate than the performance in a single instance. Even in absolute terms, Bergers Paints leads the pack with a 3,244 percent price return for the 15-year period. Asian Paints surged about 3,038 percent, and Kansai Nerolac Paints 1,006 percent, while the Nifty gained 261 percent during the period. 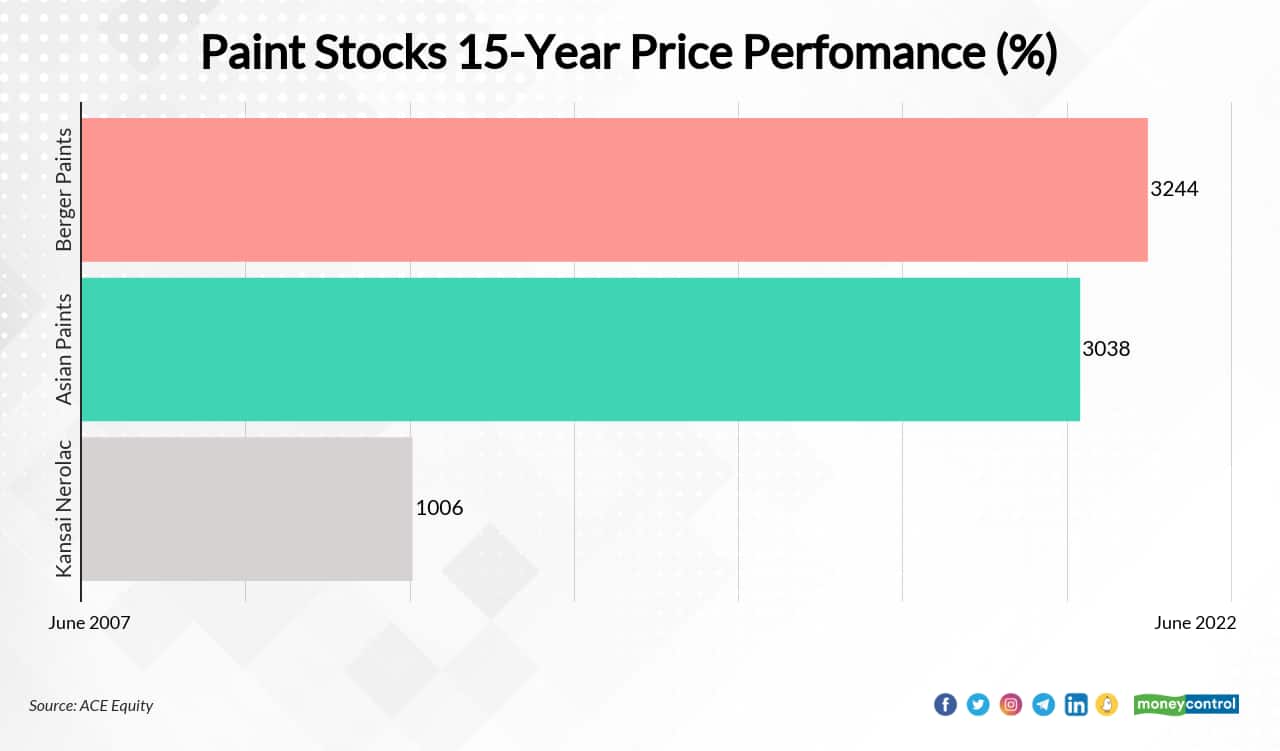 The industry has changed over the last 15 years as many new players have entered the market, which has led to a decline in the market share of the Big 3. Companies are also facing profit-margin pressure due to high input costs. 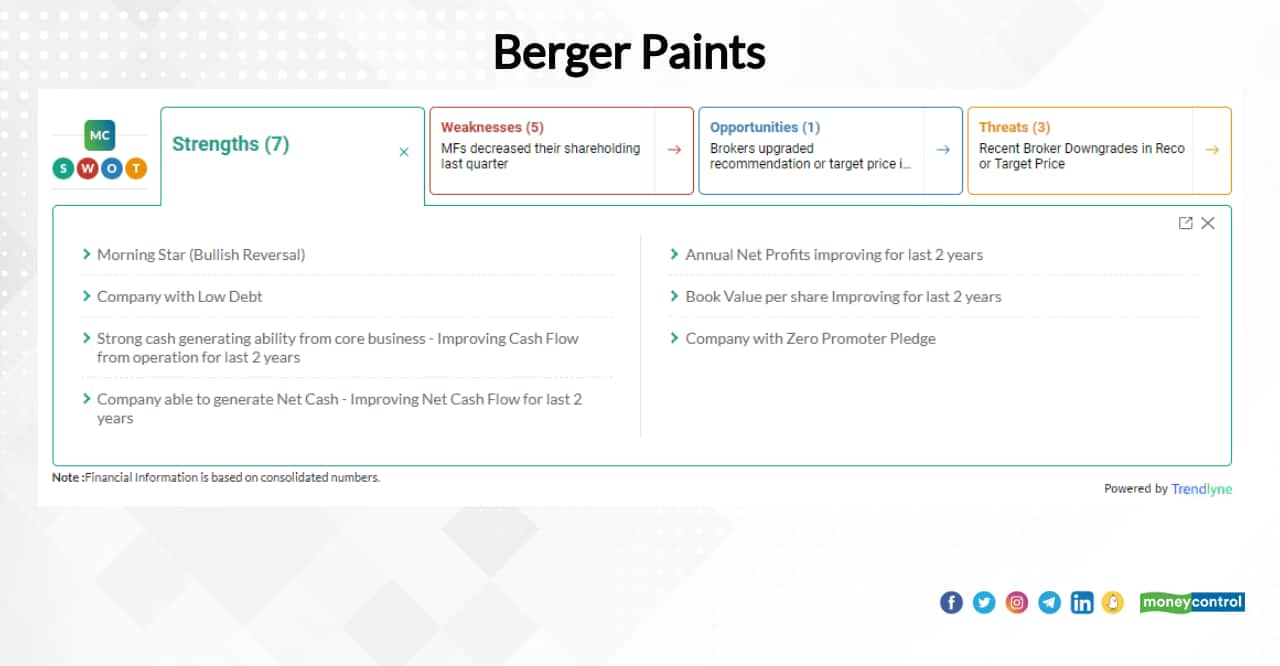