In an inteview with CNBC-TV18, SP Tulsian of sptulsian.com, explains why he likes Century Textiles and Adani Ports. He also gives his views on various other stocks like M&M Financials, Shriram Transport and MRF.

In an interview with CNBC-TV18, SP Tulsian of sptulsian.com, explains why he likes Century Textiles and Adani Ports. He also gives his views on various other stocks like M&M Financials, Shriram Transport and MRF.

Below is the verbatim transcript of SP Tulsian’s interview to Sonia Shenoy and Anuj Singhal on CNBC-TV18.

Anuj: I first wanted your thoughts on couple of these NBFCs, I know you have a favourable view on the sector as a whole but what have you made of the big move in Shriram Transport and M&M Financials today?

A: Yesterday also we have discussed on this and I have said that keep an eye on the rural NBFCs. If you see first on M&M Finance, M&M Finance has been correcting for quite some time, maybe for last one month and it has not seen having participated in the rally. However, the kind of rural presence they have, and the Q4 numbers are seen to be better because of the good realisations. What happens with the company is that they have the delayed payments, so, in one quarter the provisions go high and in the next quarter they come down substantially. So, what is likely to happen in Q4, that they will be going to see a good amount of collection taking place which did not happen in Q3 and Q3 had a higher provisions. 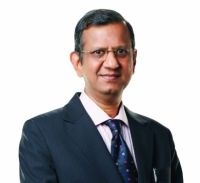 So, we have discussed yesterday also and I have been keeping my positive stance on all these NBFCs since middle of November, maybe for first three to four days post demonetisation the cautious view was kept, but thereafter I have said that look for all these NBFCs, the best is yet to come and I keep maintaining my same view on all these NBFCs.

Anuj: What are your thoughts on MRF, it has come a long way since the Madras Rubber Factory days, the kind of market cap it has now, at current levels how is risk reward stacked up?

A: I won’t be advising investment in MRF because this is a very expensive stock and the kind of volatility which we see -- yesterday again we have discussed on the tyre stocks and I have said that they are looking very good and maybe in a range because even if you want to take a call on Ceat or maybe MRF, Apollo Tyres, JK Tyres, in fact take all the tyre stocks in that space, probably at the current level they don’t deserve an investment call. Probably yes, as a trader you may see those things coming in, largely the stocks are moving up on the natural rubber prices having fallen and the crude having corrected below USD 50 is seen quite beneficiary because if you see crude – raw material of the company is crude derivatives and that is like a synthetic rubber and all that and that is seen quite positive.

So, you never know when the things will -- because the commodity is a very unpredictable animal, you just can’t make a call on the rubber price movements. Once you have that then -- and in fact all these stocks are seeing trading in that kind of range, maybe about couple of weeks back Ceat was ruling 11-12 percent lower than what it is ruling now, similar was the case with MRF. So, I won’t be initiating my investment call because now they deserve more from the trading angle. If you want to initiate the investments, then probably look for correction and enter at that point of time again.

Anuj: Century Textiles is stock that you track and you have been recommending. In fact this was your Diwali pick as well, what is going on in Century Textiles the market is getting excited, the stock is up 4 percent?

A: Lot of news flow, but what we are getting from the reliable sources that the promoters are looking to increase their stake by 5 percent in this financial year. If you see the track record in FY15 the promoters have raised their stake by 5 percent. In FY16 they have raised their stake by 5 percent; in FY17 the financial year which is expiring now after 15 days I don’t think that they will be losing this opportunity. Even last time couple of years back in this FY15 they raised their stake on March 30th itself. If you go by the track record of the company or the business divisions the construction is going on at the Worli Land and where they need a fund of about Rs 1,000 crore plus as a construction finance because work is going on at its full pace. If promoters raise their stake by 5 percent they need to infuse about Rs 1,300-1,400 crore. Stock having hit the Rs 1,000 mark in fact the stock has breached earlier also the Rs 1,000 mark maybe in the month of October, but then thereafter it has corrected to a level of Rs 875-880, but now I think this time it is on sustainable basis number one.

Number two - market is also going on with a rumour that company is looking to monetise their paper division. In fact I see huge value in the paper division because if you go by their Nainital plant they have 2 lakh tonne of writing and printing paper, 36,000 tonne of tissue paper and apart from that they have the board making facility of 1,80,000 tonne plus pulp making facility, the paper division has been created at Vilayat in Bharuch also. So, they have two locations and street is expecting valuation expectation of about Rs 5,000-5,500 crore. For some reason if it goes through because if you take EBIT for paper division for FY18 is expected to be about Rs 375 to 400 crore.

For any reason if that monetisation of paper plant happens then company virtually can become debt free and that will be seen hugely positive. I have been keeping a positive stance and I continue to have that because if you go on the real estate development stock portfolio company eventually will be having about 30-40 lakh square feet which will get leased out in next four to five years. So, huge value cement, textile, denim, paper, real estate and all sort of things so I am keeping a positive stance on the Century Textiles at the current level also.

Sonia: What is your opinion on the Adani Group stocks? Adani Enterprises has given a great returns over the last six months do you think that this stock could scale higher levels?

A: Having positive view on all Adani Group stocks except Adani Power because my pecking order will be Adani Ports because the kind of growth the cargo handling expansion which we have been seeing at their various port that is number one. Then followed by Adani Enterprise because the kind of trading potentials, coal trading potentials and the positive things from Australia that is a second and third is the Adani Transmission. In fact Adani Transmission seems to have, in fact they have not shown any kind of financial performance all along but the kind of infrastructure in the T&D space the kind of they have created and now with the UP going the priority of this government will be to provide 24x7 power to UP state.

T&D companies definitely that will be helping the power generation companies as well as power financials. But T&D will be playing a very important role and that is what I have been saying for six months and we have been giving the buy call on the transformers space also. So the third would be Adani Transmission because that seems to be on a take off stage now having created a huge infrastructure in T&D space after Power Grid, so that could be the third. Only Adani Power I am not comfortable because I don’t see any light at the end of the tunnel the kind of viability of their Mundra Power plant not seeing existing, so I am not keeping a positive stance on that but on other three companies I have a positive stance.

Anuj: Do you have any thoughts on Balasore Alloys?

A: I won’t be keeping positive view on Balasore because of the track record and maybe concern on the promoter. However, keeping a positive view on Indian Metals & Ferro Alloys i.e. IMFA because if you see the company having posted an earnings per share (EPS) of Rs 25 for Q3, and even if you take 7 percent fall in the ferrochrome prices having fixed, you can easily expect an EPS of closer to about Rs 22-23.

So, maybe FY18 is seen quite robust for Indian Metals & Ferro Alloys and because of the strength and the advantage, they have their own captive mines, that will be going in favour of them. So, maybe FY18 one can expect an EPS of closer to about Rs 70-75 for the company.

Sonia: I wanted your views on the possibility of this Namami Gange project sort of taking some steps forward and what are the companies that could really benefit from this in the medium to longer term?

A: This project is now very prestigious for Narendra Modi personally also because since he is MP from Varanasi and we have seen some kind of criticism seen coming in from some of the opposition quarter, so, he will see to it that in one year we see a good progress coming in. Now if you take that call, probably three or four stocks comes to my mind because people generally take a call on VA Tech Wabag which is definitely seen a beneficiary.

However, apart from that maybe stocks like Ion Exchange or maybe stocks like Triveni Engineering because they are into the water solutions and all that, or maybe Mercator because even Mercator has dredging division along with them which is doing quite well and lastly could be Dredging Corporation. So, these are the four-five stocks which have a small presence where the sub-contracting work can be given to them by the main companies and this can be small beginning for these companies to take a plunge into Namami Gange project.
Tags: #SP Tulsian #stock views #Stocks to Watch #Stocks Views
first published: Mar 15, 2017 09:34 pm