Upcoming Webinar:'COLLECTIVE FORCE: India Inc. unites to tackle the second wave of COVID-19' on June 23, 11 am. Register Now!
you are here: HomeNewsBusinessPersonal Finance

RBI Governor hinted in the post-policy media conference that if the upside risks to inflation projections do not materialize, there is scope for review of the policy stance sometime going forward.

In the run-up to today’s review by the Monetary Policy Committee (MPC) of the RBI, the question in everybody’s mind was that “inflation is benign, so they should maintain rates, but what about future guidance on rates?” In the policy review, the MPC not only maintained rates but significantly reduced the inflation projections.

For the second half of this financial year i.e. October 2018 to March 2019, the forecast now is 2.7 - 3.2 percent, revised downward from the earlier projection of 3.9 - 4.5 percent. This is a remarkable shift in the inflation outlook. For the first half of next financial year i.e. April to September 2019, the inflation projection is 3.8 - 4.2 percent. Though the policy stance of ‘calibrated tightening’ has been maintained, the RBI Governor hinted in the post-policy media conference that if upside risks to inflation projections do not materialise, there is scope for review of the policy stance sometime going forward.

Hence unofficially, though not stated in so many words, the market has interpreted this as a subtle shift in policy stance from rate tightening to rate neutrality. That is, there would be no rate hikes in the foreseeable future. The market will debate and form a view on the timing of the next rate cut move, but for that, the MPC will first have to change stance, in so many words, from tightening to neutrality.

Apart from this, there is a roadmap on a gradual reduction of statutory liquidity ratio (SLR) from 19.5 percent to 18 percent over the next six quarters, translating into a cut of 25 basis points every quarter. 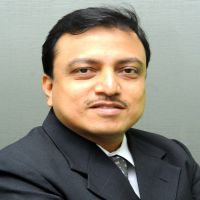 The interesting part is on linking bank loans to an external benchmark. The Statement on Developmental and Regulatory Policies, which is a separate document released with the MPC review, states “External Benchmarking of New Floating Rate Loans by Banks . . . all new floating rate personal or retail loans (housing, auto, etc.) and floating rate loans to Micro and Small Enterprises extended by banks from April 1, 2019, shall be benchmarked to one of the following:

- Any other benchmark market interest rate produced by the FBIL.

The spread over the benchmark rate - to be decided wholly at banks’ discretion at the inception of the loan - should remain unchanged through the life of the loan, unless the borrower’s credit assessment undergoes a substantial change and as agreed upon in the loan contract. To recall, since April 2016, Banks have shifted from base rate to Marginal Cost based Lending Rates (MCLR). Though MCLR is a better benchmark over base rate as it is about the current cost of funds and not historical cost as used in the base rate.

Having said that, one lacunae remains: if a bank is raising funds at a relatively higher rate when yields in the secondary market are coming down, the borrower is not getting the benefit. This is more relevant for floating rate loans. Though the bank can fix the spread, the benchmark movement (repo rate or T Bill yield) can be tracked and at a constant markup spread, the costs of the loan will move with the market i.e. repo rate / T-Bill yield, and not with the particular bank’s cost of funds.

On the face of it, the bond market has reacted positively to the hint about change in policy rate stance from tightening to neutral (or maybe easing as well sometime in future). The 10-year Government Security (G-Sec) yield has eased from 7.54 percent today, prior to the policy announcement, to 7.46 percent at the time of writing. However, there has been a rally already; from 8.21 percent in September 2018 for 10-year G-Sec to 7.46 percent now, G-Secs have rallied. It means entry level for fresh investments in a longer maturity debt fund is not as attractive as earlier. Investors in debt funds should prefer shorter maturity debt funds, where the portfolio maturity of the fund is, say 1 or 3 years, and not 10 years. This is from a precautionary perspective, to reduce volatility in the portfolio. Otherwise, the environment is conducive for fresh investment in debt funds. The negative sentiments, after default by one large entity in September, are improving and will improve further over the next few months.