Pakistan's search for identity: Why Imran Khan is promoting a Turkish TV serial

Pakistan is officially promoting a Turkish TV serial based on the semi-historical founder of Osmanian Caliphate in its quest for a pan-Islamic identity and mythical golden past.

What is Pakistan Prime Minister Imran Khan watching these days? Answer is Turkish TV series ‘Resurrection: Ertugrul’ in English or Ghazi Ertugrul in Urdu. Not only he himself is binging on it, he is also actively promoting it on social media and has asked PTV to run it as well. Following his lead many of his ministers and supporters are busy creating a buzz around this character of Ertugrul and the eponymous TV series. Khan is asking his countrymen to get inspiration from this character and learn about Pakistani identity, culture and tradition from him.

You may watch this short speech by Khan to get a first-hand idea.

It begets a question: who is Ertugrul and why is he being ‘resurrected’? Why all of a sudden Khan is asking his countrymen to identify with this Turk who was unknown to most Pakistanis sometime back? To attempt an answer, let's go back nearly a 100 years. During the First World War (1914-1919), Turkey under Ottoman Empire, ostensibly to protect its imperialist interests, fought alongside Germany and against the Allied Powers like Britain and Russia. Ottoman Empire lost the war and this led to the emergence of modern Turkey as we know it today.

Post-war Turks chose an army general as their new leader in Mustafa Kemal Ataturk. Kemal Ataturk first removed Caliph Abdul Mejid-II from power and then finally abolished the Osmanian Caliphate. Caliph Abdul Mejid-II was exiled and pensioned off to Europe. The strongest opposition against this move came from the then undivided India. India saw the launch of Khilafat Movement in 1919 to protect the Osmanian Caliphate  (‘Khilafa’ in urdu). Nizam of Hyderabad even started sending money to the deposed Caliph. Fed up with this growing opposition, the British and Kemal Ataturk finally abolished the institution of a caliphate on March 3, 1924.

For Sunni Muslims, this abolition closed the tradition of caliphs which started after the death of Prophet Muhammad, when Abu-Bakr Siddique became the first caliph in 632 AD. As the Osmanian Caliphate was abolished, this led to dissipation of Khilafat movement in India as well. But still, to acknowledge this love affair, Nizam of Hyderabad sent a marriage proposal of his son Prince Azam Jah to Princess Durru Shehvar, daughter of the deposed caliph. This marriage proposal was carried by none other than Allama Iqbal, who is also considered by Pakistan as the progenitor of their national ideology. The marriage was concluded in 1932 in Nice, France and the Turkish Princess came to Hyderabad as Nizam’s daughter-in-law. This explains the historical strand in Indian subcontinent, now largely in Pakistan, which romanticises the Turks. 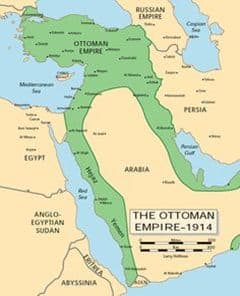 How does Ertugrul fit in all this? Ertugrul is a semi-historical figure, a Turk of the Kayi tribe who lived in the 13th century. He is said to have fought against Christians of Byzantine and other non-believers and overcame huge odds. He is the father of Osman and his dynasty led to the establishment of the Caliphate of Osmania and Ottoman Empire. The TV series on his life becomes interesting when seen in the background that shortly it will be 100 years since the caliphate was abolished. There is a revivalist sentiment, headed by President Recep Tayyip Erdogan himself, who harks back on the ‘golden past’. To draw a parallel, Turkey of today faces similar odds as faced by Ertugrul in the 13th century. In that sense the spirit of Ertugrul has to be resurrected to do what needs to be done. Then, to wit, the politics of Erdogan appears to project himself in the spirit of Ertugrul. Then as the inheritor of the legacy of Osmania, Erdogan finds it only suitable to support Pakistani position on Kashmir.

Now, let’s come back to Pakistan. While exhorting his fellow countrymen to watch and follow the example of Ertugrul, Khan says that Pakistanis need to be aware about ‘their’ glorious Islamic past. He also berates ‘trash’ coming from Hollywood and Bollywood and finds this ‘fahashi’ (obscenity/vulgarity)  responsible for a lot of ills plaguing his country. He goes on to claim that this vulgarity is responsible for increasing the rate of divorce even in the UK! He then says that going back to Islamic roots is the cure of such evils. Question is: will his quest pivoting on the identity of Ertugrul succeed in the 21st century?

Let’s consider the likely problems in this message. First is the most direct and obvious one. The personal character of Khan doesn’t enthuse much confidence while talking about the rate of divorce or what he calls ‘fahashi’. He tries to solve this contradiction by simply relying on excessive doses of personal religiosity but this world based on digital data is not so forgiving. The image below is a case on point. 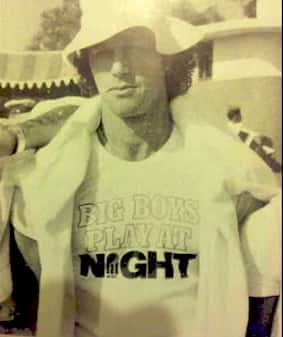 What should we say to this? Let’s just say that PM Khan does not believe much in Mahatma Gandhi’s dictum, “My Life is My Message”.

Secondly while drawing on Ertugrul and Turkish identity Imran Khan and Pakistanis are misreading the majority of Turkish sensibilities as well. The situation is so bizarre that Pakistanis are giving suggestions on social media to Engin Altan Duzyatan (the actor who plays the character of Ertugrul in the TV series) that he should not keep a dog as a pet as dogs are considered unclean in Islam. Pakistanis are also asking Esra Bilgic, the female lead, to cover herself ‘properly’ in line with Islamic tradition. Point is Turkish society still largely remains liberal and secular as compared to Pakistani society. The problem is Pakistanis are trying to go back and freeze the world in the 13th century but that world does not exist today. In any case Osmanian Caliphate and Ertugrul are not the only Turkish love interest of Pakistanis. General Pervez Musharraf claimed to be Kemal Ataturk of Pakistan. As a General who had done a coup and Kargil misadventure, he was busy selling a more modernist and secular image.  Nearly two decades since then Imran Khan has regressed back.

And finally, cold calculations of Pakistani national interest also appear to be misaligned. For example, the map shows that much of present Saudi Arabia, including Mecca and Medina, were part of Ottoman Empire in 1914. In fact the state of Saudi Arabia was formed as a consequence of revolt against Ottoman rule. So, the more President Erdogan tries to resurrect the spirit of Ertugrul and harks to the golden age, the more insecure countries like Saudi Arabia become. And Saudi Arabia remains the largest benefactor of the Pakistani regime. Saudi Arabia gives cash and Turkey gives some statements on Kashmir. Leave Imran Khan aside, I guess Generals in Rawalpindi GHQ are intelligent enough to do this basic math.

The ideology of Pakistan and its quest for identity has a colorful and interesting past. It starts with Muhammad Bin Qasim, an Arab invader, who attacked and came to Sindh in 712 AD. Then it named its missiles Ghauri, Ghaznavi and Abdali. None of them are of local Pakistani stock. Since Afghan Jihad of the 1980s it has started an active role-play of becoming Arab. In between it can become a Turk; Kemal Ataturk or Ertugrul Ghazi, is a matter of convenience or may be the flavor of the season. So Pakistan has no dearth of choice when it comes to identities. Depending upon the need, Pakistan can officially claim Arab, Afghan, Persian or Turkish ancestry. Quite evidently, led by PM Khan’s ambition of having “Islamic Voices” heard in the world, they have opted for Turkish lineage.  Like earlier attempts, it smacks of pathological lack of self-esteem and an exercise at self-negation. The truth remains very simple but it is considered blasphemous in Pakistan. The truth is Pakistan is a South Asian country.

The author is an IRS officer. He holds a master's in public policy from the University of Manchester. The views are personal.