Considering the government’s long-term vision, and the trend set through earlier budgets, the focus of the upcoming Union Budget is likely to remain largely on infrastructure and the rural economy, believes Mahesh Patil, Co-Chief Investment Officer-equities at Aditya Birla Sun Life Mutual Fund.

In an exclusive interview to Moneycontrol, Patil said that investors should not expect a repeat of 2017 in terms of returns, since the Nifty returned as much as 29 percent in the year. It is unlikely to happen again in 2018.

What Patil expects is a 12-15 percent return in the current year and a similar kind of uptrend is likely to continue in 2019 and 2020 as well. Aditya Birla Sun Life Mutual Fund is upbeat on sectors such as automobiles, consumer durables, telecom and rural themes for investments.

The fund house is maintaining a neutral stance on the information technology and pharmaceutical sectors. Below are the edited excerpts from the interview. 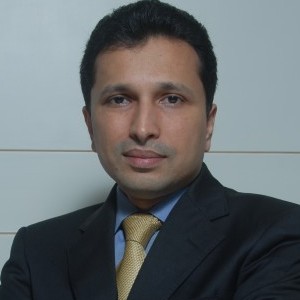 2018, as we step forward into this new calendar year, things are looking much better. A lot of things have fallen into place. Last year, we went through ups and downs. The economy took kind of a beating, but the gains of all the reforms would start to unfold and we are expecting a pretty good recovery back in corporate earnings.

Global outlook continues to remain fairly stronger than it was after the global financial crisis. So, all these tailwinds should continue to favour the markets. Since we did very well last year, the return expectations would probably have to be moderated down now because we are starting from a higher valuation level and to that extent, the market returns this calendar year would probably be muted compared to last year. But still, our view is that returns should be fairly good for investors to look positively at equities compared to any other asset class.

So, what kind of returns can we expect from the market this year? Can we see double digit returns?

Yes, we should expect around low-teen returns for the market. That would be a reasonable expectation, though markets are known to surprise. But more importantly is that the outlook is now starting to look better and looks to be slightly more sustainable because of the foundation that is being set and the big reforms that we have seen. So it is more about sustainability of macro fundamentals is what is important.

No, what had happened last year is that when you compare to India, Indian growth was actually slowing down whereas global growth was picking up. So, a lot of the other markets were looking better in terms of growth and in terms of valuations. So relatively, FIIs have preferred some of the other emerging markets. But, now with growth starting to look better, earnings growth is picking up again because of the big reforms.

Even in the banking sector, we have seen bank recapitalisation and resolved NCLT and the IBC (Insolvency & Bankruptcy Code). So, you would see the confidence coming back, FII flows would start to again start to turn positive as we step into this calendar year. So we have probably lagged the global growth by around 3-4 quarters because of the transition we are growing through, that will catch up in this calendar year.

In the last two years, we saw RBI cutting interest rates. So do you think RBI will continue that trend or can we expect a rate reversal this year?

Our view is that we might not see any large cuts from now on, as inflation should remain into the RBI's targeted band. There is some upside risk in the near term because of oil, but it should be in that band. We are expecting growth to improve but at the same time we are not expecting a very strong growth than gradual. So no rate hikes are expected, although the markets have started talking, but we do not expect any reversal. We expect a pause at best in terms of rate cuts.

According to your presentation GDP, growth will be more than 7 percent in FY19. Is that achievable?

Yes, it is fairly achievable because the growth was pulled down because of reforms. We are seeing some recovery in capital expenditure, at least private sector capex will slowly start to pick up, though not in a big way. But at least the lower end will and rural consumption is moving up. Global growth is also fairly strong. So, even the net exports should be fairly good. So 7 percent GDP growth, considering all these factors, should quite be possible.

Have you started increasing stake in PSU banks now that government has been taking steps to curb NPAs?

So, while recapitalisation is good for the banks, clearly the banks need to do more in terms of being able to improve the way they function in a fairly competitive environment, look at their costs.

We think that clearly some of these pain points, which stunted the growth of some of these banks, I think have eased off, but big value in PSU banks will be only created if there are some reforms in the banking sector. I think ROEs and this thing would still remain fairly low.

So, except for few banks, the larger ones that have got stronger balance sheet and a credible top management, we don't see a the broader PSU bank basket really to do that well. So, it will still remain a focus with a select PSU banks.

Mid-caps delivered around 50 percent returns in 2017? Can we expect the party to continue in 2018 as well?

No, we are saying they will go higher and the risk rewards for largecaps looks favourable compared to midcaps. Midcaps have rallied, but midcap in absolute terms will still continue to give returns though the volatility and the risk in the midcap would be slightly higher. The margin of safety is now less.

Do you think earnings revival is really achievable in FY19? Most experts are expecting 15-20 percent earnings growth.

We are looking at 20 percent returns by FY19 and it is achievable because as I said, a lot of sectors which were dragging the earnings, clearly we are seeing change. Like corporate banks, pharma sector, telecom sector.

Also, the benefits of GST, lower tax rate, the deleveraging that we are seeing in corporate India, all of that will support. The overall global outlook is also fairly good. Now, the commodities and global cyclical sectors will also do fairly okay. So, I think it is because of the broad-based recovery, earnings will recover across sectors rather than relying on a few sectors. It makes us more confident about earnings growth in FY19.

What are the global risks over the next 1-2 years? Are you seeing any signs of US going into recession?

US no, not recession. Yes, further, stricter rate hikes in US could take place. China can be a slight... China growth has been slowing down. The government is now trying to slow down the growth and managing a more equitable growth or a more sustainable growth. So how well they are able to moderate that, you have seen a lot of cut down in capacities. It would still be critical because if growth slows down sharply, China is still a large driver of global incremental growth. Yes, there could be some risk to global growth because of that. Apart from that, geopolitical risks always remain.

Which are the sectors that you would avoid in portfolio?

The sector to advise are clearly sectors focusing on consumer discretionary like auto, consumer durable and rural themes, I think that should do well, rural consumption is looking good. Infrastructure also certain areas, they grow railways companies, focusing on that, urban infrastructure should do well. We like metals also. Metal prices are fairly steady and a lot of companies are deleveraging. They are also looking to buy some of the assets that come in from the stressed asset book. So these are the sectors which we are positive on in this year.

How are you placing your bet on IT?

We are neutral on IT. We do not see the growth improving significantly. Some of the other sectors which have gone through a pain which is telecom we are slightly positive. We have seen consolidation. There are just three players so the pricing environment should be better, not in the near-term, but over the medium term. That is a sector which we have now turned positive on. Not really many sectors which we are too negative on, but we are neutral on IT, consumer staples and pharmaceuticals.

As the Budget Day is inching closer, what are your expectations from the Union Budget. Do you think it will be for the masses or towards the population?

There will be a lot of talk which happens when we look at the Budget towards the masses and towards the population, but actually if you look at it, I do not think the government would want to really splurge and try to be very populist. The government will show discipline in terms of managing the fiscal.

There could be slight fiscal slippage but not too much. Overall, it should still be a balanced Budget which one would expect. The undertone or the narrative in the Budget would be more towards rural India. That is where after the last government elections, you would see rural focus could be there. There could be expectations of some corporate tax cut which the Finance Minister promised but we do not think anything would be significantly different.

What is the strategy that you would adopt? Is it a like a stock picking kind of a market or a sectoral pick?

By and large, everything is fairly well priced across sectors but largely it would be stock specific. We do not see any major sectors... distortions over the markets are fairly well balanced. Though, we are seeing a wider participation across sectors. It is normally when it is only a few sectors which are doing well, then it becomes a more sectoral play. But when you see a lot of participation across sectors then it really boils down to stock specific action. That is what should get reflected in our portfolio as well.

What would be the cash levels in your schemes? Is it minimal or you are sitting on a huge pile up?

No, not much. There will be moderate cash levels of over 5 percent.

Which kind of funds are witnessing inflows?

We are seeing inflows across all categories of funds. Investors are looking at, whether it is the largecaps, multicaps, the balance funds. But yes, compared to the historical run rate, the balance funds and some of these hybrid funds are seeing stronger inflow because investors are worried that these markets have run off, valuations are higher and do not want to take too much risk. They prefer some of some of these balanced funds. But across, multicap funds are also seeing good inflows.