'Smart money is moving towards value small & midcaps; invest in these stocks ahead of Budget 2019'

We have realistic expectations from Nirmala Sitharaman’s maiden budget and the first in the Modi 2.0 version.

Q) What are your expectations from Modi 2.0 Budget?

A) We have set realistic expectations for the first Modi 2.0 Budget.

We feel the importance of the Budget has decreased since the implementation of GST, as the GST Council meets every month. So each GST meeting becomes a budget day in old parlance. 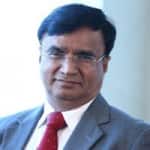 Secondly, we believe that policymaking is a continuous process as the government tweaks its trade-related policies to stay in line with international developments. So this is essentially round the year phenomenon.

We expect the following three things from the Budget on July 5.

> The finance ministry keeps the fiscal deficit at 3.4 percent, unchanged from the interim budget.

> The FM borrows a page from Atal Bihari’s NDA government and does strategic disinvestment of PSUs.

Q) Will the govt retain the fiscal deficit target at 3.4 percent of GDP for FY20?

A) Yes, we believe the government will be able to keep the fiscal deficit target of 3.4 percent. This would have been unimaginable in an economy that has slowed over the past three quarters.

However, the following reasons make us believe that it is possible

> Large inflow from RBI as a dividend or in any other form.

Q) Will there be financial sector reforms such as privatisation of some PSU Banks, capital infusion, etc in the upcoming Budget?

A) Both are a possibility. While the money that comes from the banks could be used for the recapitalisation. This, in turn, would allow the PSU banks to take up new lending and provide stimulus to business.

Apart from capitalising banks, the government will have to ensure that the management of these banks and their systems are strengthened, otherwise, this new lending will also soon be bad debt.

The government could announce strategic disinvestment of certain PSUs like BEML and others. But, we believe the tonic coming from RBI may be sufficient and therefore the disinvestment target may not be very ambitious this year.

Q) Will the govt give investment stimulus to boost growth in Budget 2019?

A) The government could raise infrastructure bonds to fund specific projects and there could be sops to spur private investment.

The wheels of the economy which are clogged will run smoothly if the banks that were conserving capital will start lending again.

Q) Amid recent fall in the markets, where are the pockets of opportunities. Where is the smart money moving?

A) The money is moving where the visibility is. Only history will tell us how smart that move was. Money is going into banking as this is the sector with the highest visibility in the near future.

The money is also moving into mid and small caps. But, here the money is tracking attractive valuations and not visibility.

In a slightly longer time frame, these small wonders have a lot of catching up to do, so expect them to attract eyeballs. Small and Mid-caps are attracting more number of investors and are seeing higher inflows.

Q) Any top stocks which investors can buy ahead of the Budget? And, why?

A) We like three banks - State Bank of India, Axis Bank, and ICICI Bank. They will see better days ahead as the amounts that were written off are now written back. With the government getting into action on the economic front, we expect these to do still better.

Infrastructure space is first off the block when a new government takes office. We like L&T and UltraTech Cements in this space. UltraTech will see higher capacity utilisation which should result in higher earnings.

BEML is one stock that straddles the infra-defence space with equal ease and is front line contender for strategic disinvestment.