Earnings downgrade continued in the September quarter but there were no fresh negatives in terms of outlook in management commentaries.

Q1FY20 saw Tata Motors report a loss of Rs 3,600 crore that impacted growth by 0.5 percent and IOC and BPCL further had a negative 1 percent impact on growth. In Q4FY19, SBI and ONGC impacted EPS by 1.7 percent and in Q3FY19, Tata Motors had reported Rs 26,900 crore loss.

More broadly, revenues for our coverage companies ex-financials grew by a mere 3.5 percent year-on-year (YoY) and 1.2 percent quarter-on-quarter (QoQ) and the net profit grew by 15.9 percent YoY and 22 percent QoQ. 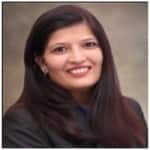 Operating margins remained flat at an average of 16 percent. Automobile, IT and consumer stocks reported numbers along with the expectations, while financials, select cement, infra and metals reported better-than-expected numbers.

Core operating profitability of the large lenders such as ICICI Bank, Axis Bank, SBI and HDFC Bank was above expectations, more importantly asset quality continues to improve. Adjustment of DTA on shifting to the reduced tax rate, impacted the bottom line for the private lenders, whereas public sector banks didn't opt for new tax regime due to higher DTA on the balance sheet.

For the consumer sector, the September quarter remained challenging due to demand slowdown, especially in rural areas on the back of liquidity crunch, floods, etc.

The average volume growth of companies stood at 3.3 percent YoY versus 5 percent in the same period last year. The pricing growth remained flat versus around 3 percent in QoQFY19.

Gross margin expanded by 89 bps to 55.8 percent led by favourable input price like a decline in crude, copra, etc while EBITDA margin witnessed an expansion 13 bps impacted by investment behind brands and distribution expansion.

Automobiles top line de-grew by an average 11.5 percent YoY, with deepest de-growth from Maruti and Ashok Leyland at 24 percent and 48 percent, respectively. Margins fell by 150 bps on an average, while net profit de-growth was 12 percent. New products, especially in passenger vehicles and two-wheelers, are expected to bring in demand recovery. Commercial vehicles failed to promise near-term recovery and it rests on new launches towards the end of FY20.

The sector is witnessing structural cost pressures amid uncertainty around BFS, led by US capital markets and the banking ecosystem in Europe. As companies typically follow a fixed hedging policy, forex benefits will positively impact margins but with a small percent. Digital business, though, remained strong (above 30 percent YoY growth for Tier 1).

Pharma companies showed a revival in terms of revenues, but for most of the top companies' facilities (under our coverage) USFDA status is not clear except APLLTD. The strong anti-infectives season in India led to strong domestic sales though.

Infra companies reported a revenue growth of 14 percent YoY despite heavy rainfall across the country. The growth is better than our expectation of 12 percent. Adjusted operating margin remained stable on YoY basis.

New order inflow continued to remain sluggish. Most of the pending appointment dates on the projects awarded last year have come through and execution will pick up going ahead.

Management commentaries continue to be cautious, though incrementally, there were no fresh negatives in terms of outlook.

(The author is Head of Research at Narnolia Financial Advisors.)