The faith being shown in the Indian market by local investors at the moment is unprecedented, to say the least. Retail investors have been pouring money into mutual fund schemes, particularly through systematic investment plans (SIPs).

As a result, the domestic market is becoming less dependent by the day on foreign investor money to keep its momentum alive. In conversation with Kshitij Anand of Moneycontrol, Prateek Agrawal, Business Head, and CIO of ASK Investment Managers, talks about how investors can make money in this kind of market, where large-caps are on a forward march and mid-caps and small-caps are headed the other way.

Q: When everything is falling, how can investors pick the right value stocks for long-term investing?

A: Investors in stocks should always be long-term. They need to have time by their side because the mood of the market is unknown. 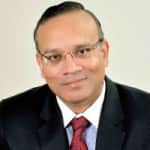 With time on their side, if they invest in high-quality high growth companies, over time, the growth would be reflected in the market price and investors would make money.

Q: Which sectors are looking favorable for investors to park their money?

A: At the current juncture, we believe that businesses focussed on domestic markets which would be prime beneficiaries of reforms should do well.

We are particularly focussed on consumption and financial sectors in the high-quality space. Autos, consumer durables, FMCG spaces would all benefit from the continued resurgence in Rural India and also from the trend towards premiumisation.

Good quality financials are having a great market access and should continue to consolidate their position in the marketplace. Business like Mutual Funds and wealth are very rich businesses and should see a strong growth going forward. Similarly, microfinance businesses are profitable and are growing strongly. These spaces should be focussed on.

Q: What is driving FIIs away from India markets? Is it the falling rupee or political uncertainty?

A: As explained earlier, we are seeing strong outflows from emerging market funds. Major EMs are seeing issues in their economy. Trade wars with the US, sanctions against Russia, higher oil prices resulting in weakening the currency in India.

Obviously, a global asset allocator would find it hard to retain EM assets.

The Indian market has tended to do better than other emerging markets and that points to a better economy in this country v/s others. Our indices have risen while we have seen a fall in most other EMs in the same period.

Yes, falling currency is one of the reasons. It is both a manifestation and a reason actually. A strong FII selloff puts pressure on the INR just like a trade deficit does. A falling currency also causes investors who borrow in forex to invest in India to cut positions to cut losses.

However, overall, a depreciation in the currency does provide some pricing power to India Inc. and results in an uptick in earnings which then help the buoyancy in the market over the next period.

Global investors have a great amount of choice and bulk of the money gets allocated basis a size of an asset class and overall headline macros. It is very difficult for them to raise money from their investors and then allocate it based on single country micros. Hence, an FII trend may not always be a good indicator of anything.

Alternatively, for example, when oil prices go up, many of the investors get larger surpluses and they invest it into funds. We tend to see stronger FII flows during such times while an oil price increase is not good for the Indian economy. Hope this explains.

A good thing that is happening is that the Indian investor is reposing faith in the Indian market.

That has helped us decouple to the world in a significant manner. Indian investors are better informed and should be the backbone of Indian markets.

Q: India has become the world's sixth largest economy but do you think money managers are losing confidence because of the way money is moving out of India?

A: We seek to invest in a manner that preserves capital and grows money over a period of time. We are focussed on the high-quality high growth part of the market to achieve this goal.

This part of the market is seen to respond primarily to earnings increase over a period of time.

Since, after strong reforms like GST, RERA, and Demonetisation, the stage is set for a strong continued growth in the economy, we are feeling confident in investing.

Q: It looks like Rs 70/USD is on the cards. Where do you see the rupee in the next 6-12 months and what is causing the decline?

A: The rupee has been relatively stable over the past few years. It needs to reflect the inflation differential between India and other countries. A small correction is expected.

In the immediate term, the decline is being caused by widening trade gap on higher oil prices and strong FII outflows. The decline could have been more but for RBI intervention in the market.

Q: The Sensex's momentum has not been mirrored by small-caps and mid-caps. Do you think it will continue?

A: What has been happening is that emerging market funds are seeing strong outflows. This is in response to US-China trade wars, sanctions against Russia, Brazilian problems, and the Indian Rupee weakening as a consequence of higher oil prices.

Indian inflows into the market continue to be robust. FII selling is allowing the Indian monies to be invested at steady prices. Given the fact that economic growth has a great prospect to accelerate, investors coming into the market in the present times should benefit.

The weakness is more in the mid-cap part of the market. This part needed to correct as valuations had become very high. Less liquid nature of the space makes valuations in this space shoot on both sides of fair value in a significant manner.

It is to be seen as a part of investing risks. We continue to focus on high-quality high growth part of the market. In this part, we have seen fair performance across market caps.

Cyclical, single commodity businesses in the midcap space belonging to sectors like chemicals and steel had delivered stellar growth over the past periods.

Q: What is the right strategy for investors now; sit on cash, deploy on dips or book profits?

A: As I have said earlier, our strategy is to invest in high-quality companies that are able to grow strongly. Given that the growth outlook of the country is getting stronger and this would permit our focus list of high-quality businesses to also grow in a stronger manner, we are feeling confident into investing.

We do believe that an uptick in interest rates would reverse as the government refocuses on fiscal post elections and that would make the market levels more sustainable.

Q: Apart from regulatory hurdles, high valuations, and profit booking, what are the other reasons pushing investors away from small-caps and mid-caps?

A: I believe the above reasons are the major reasons. Yes, some of them also suffered on account of accountancy and corporate governance-related issues also.