Fed may hike rate by 0.25% this year: Heritage Capital

Paul Schatz, President, Heritage Capital Llc, believes the Federal Reserve may raise interest rates by a quarter point to one time for the rest of the year.

US equities traded lower on Friday as concerns that the Federal Reserve might raise interest rates this month loomed following a speech made by a fed official, while eyeing falling oil prices.

"It is the first 1 percent down day since Brexit; the market was looking for an excuse to pullback a little bit and they got it," said Paul Schatz, President, Heritage Capital Llc. "Market reaction is overblown, we were long overdue for a little pullback," he told CNBC-TV18.

Schatz believes the Federal Reserve may raise interest rates by a quarter point to one time for the rest of the year.

Below is the transcript of Paul Schatz's interview to CNBC-TV18's Shereen Bhan. 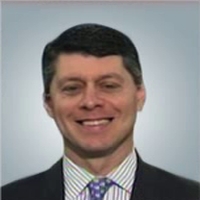 Q: The market seems to be reacting to Eric Rosengren's speech where he has spoken about low interest rates increasing the chance of overheating the US economy. It seems to suggest that perhaps the rate hike in September is not completely off the table. How are you reading this?

They want to raise rates they can lower them next year. I think the whole thing is non-sense.

Q: Speaking of whether the Fed truly is going to hike or not what you mean by overheating. We also got Fed Governor Daniel Tarullo on CNBC saying very clearly that he wants to see more evidence of inflation before raising rates, there seems to be a difference of opinion within the voting member of the Federal Open Market Committee (FOMC).

A: That’s the thing. We had frankly on all year and we had it last year and we got a very split Fed, but what really interesting is that I believe they are going to follow whatever Janet Yellen says behind the scenes and certainly in interviews and press comments she has been somewhat non-committal. She is kind of waffle very mildly from no hike to hike, but she has not taken a stand and the push come to shove behind those closed doors.

They are going to fall in line whatever she wants to do, but I think they are probably going to raise a quarter point to one time for the rest of the year and that will be that. Market reaction is overblown. We are long overdue for a little pullback. It is the first 1 percent down day since post Brexit. The market was looking for an excuse to pullback a little bit and they got it.

Q: If indeed there is a rate hike in September and not December as is being anticipated at this point in time, the markets does seem to believe that there will be one, but if September. How do you see the markets reacting?

A: I think if it is September, the markets will react well in advance of the actual news. It will be sell the rumour, buy the news. So what you are seeing right now is if thing in the US staples are breaking down, utilities is selling off, you are seeing REITs lower and I was just seeing that the bond market for 2 straight days of getting hit very hard. You are seeing this anticipation of the market worrying about a potential rate hike. I don’t think the Fed will raise rate per se and then stocks will fall on. I think they are going to do whatever they can based on the hike into the meeting, not after the meeting.