Budget 2020: Govt may not need to borrow much more than expected; here’s why

What are your expectations from the upcoming Budget?

The Budget 2020 will be a crucial policy event with the market focus on potential near-term demand-booster from the government and the contours of fiscal deficit arithmetic. 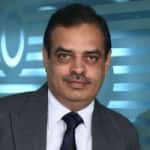 This will also impact FPI flows that have been good in 2019 based on emerging market (EM) allocations and India’s relative attractiveness in that.

FM Sitharaman's primary task entails reviving the India's economy, which has witnessed a number of decade-lows in 2019 with the latest official GDP growth estimate slipping to its lowest in 11 years.

The government has announced a cut back in expenditure in Q4 which could perhaps weigh on the growth in FY20.

Raising tax slabs for non-corporate taxpayers –although it affects only 6% of the population, will put more money in the hands of consumers.

Ramp up efforts to boost manufacturing, infrastructure and construction sectors.

Out-of-the-box thinking is required but the chances of this coming are limited.

We feel there are no real magic short-term bullets. We feel that the Budget should not aim to do too many surprising things.

The FM could focus on implementing sustainable privatisation, cutting personal income tax rates, and modernising India’s antediluvian agriculture, land and labour laws, though, given the recent reverses, the state subjects of land and labour may be a bit difficult to implement.

Do you think the government will be able to meet its fiscal deficit target?

While a number of factors could result in fiscal deficit crossing the estimates by a wide margin including low nominal GDP growth, low tax collections (both direct and GST), the shortfall in divestment revenues; some other compensating factors may result in the fiscal deficit not rising too much as compared to the estimates.

Expenditure cut in Q4 itself could save a lot of money for the Govt though its effect on growth could be negative. RBI’s surplus transfer to GoI of Rs 58,000 crore (0.3% of GDP), over and above the budgeted, Rs 90,000 crore could also help bridging the gap.

The best that GoI can do is to limit Fiscal Deficit to 3.8 percent using up the 0.5 percent buffer that the Committee to Review Fiscal Discipline rules has recommended.

However, we feel that the actual fiscal deficit could come in at 3.5-3.7% vs the 3.3% estimated as per the Budget.

This will mean that govt may not need to borrow much more than the expected borrowings and that the international rating agencies could refrain from the threat of downgrades. However, damage to the growth momentum could take time to reverse.

Which are the sectors that are likely to hog the limelight in this Budget 2020 and why?

What are the expectations from Budget 2020 from investors or market perspective?

Investors could look forward to the abolition of LTCG on equities, rationalisation of DDT/buyback provisions, a higher deduction for home buyers, savings, and raising the tax slabs for non-corporate assesses.

Do you think infrastructure could turn out to be a strong beneficiary in the upcoming Budget?

A) Yes, however, one will have to see as to what is the incremental funds allocated to infra (other than the normal allocations year after year) given the fiscal situation and whether and to what extent listed companies could benefit out of such announcements.

The govt struggled to meet the divestment target in FY20. What are the estimates you are factoring in for the next fiscal?

Although, the GoI may miss the FY20 divestment target of Rs. 1.05 lakh cr, it could still maintain a similar or higher divestment target for FY21 as the chances of strategic divestment of BPCL, Air India, Concor getting completed in that year are bright.