After Beijing’s restrictions on education industry, India could be the land of opportunities in Edtech startups

India may become the next investment hub in this area, the unicorn startups may have an advantage in raising funding from global investors.

According to a notice issued by the State Council in China, companies that teach school subjects can no longer make profits or raise capital from foreign investment or even be barred from going public.

"After the restriction, investors who have put money into China's Edtech sector may see India as a land of opportunities in this sector and may have added advantages for Indian Edtech startups," Gaurav Garg, Head of Research at CapitalVia Global Research told Moneycontrol's Sunil Shankar Matkar, in an interview.

"India may become the next investment hub in this area, the unicorn startups may have an advantage in raising funding from global investors," he said. Edited Excerpts:-

Beijing over the last weekend decided to ban academic tuition groups from making profits, raising capital or going public. What is your view and is it the major reason for falling in China's and Hang Seng's stocks? 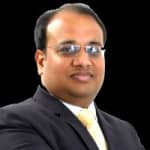 Beijing issued a slew of restrictions on last Saturday that, taken together, threaten to upend the education industry. According to a notice issued by the State Council, companies that teach school subjects can no longer make profits or raise capital from foreign investment or even be barred from going public.

China's for-profit education sector has been scrutinized as part of Beijing's efforts to relieve pressure on students and reduce the financial strain on parents, which has contributed to a drop in birth rates. Shares of Hong Kong-listed private education companies fell as Chinese authorities tightened controls on the sector. The shares of New Oriental Education & Technology Group, Koolearn Technology, and China Beststudy Education Group all fell more than 30 percent on Monday this week.

In addition, on Monday in the current week, internet-based companies began to plunge. Tencent, Alibaba and Meituan's shares fell more than 5 percent. The Hang Seng Technology index fell 6.57 percent to 6,790.96 on the day. The major fall in the tech giants came off due to stringent action against the local internet companies. Tencent was forced to give up its exclusive music licensing rights and was fined for anti-competitive activity by China's antitrust authority, marking yet another move in Beijing's escalating war on local internet giants.

Do you see any impact of Beijing's decision, on India?

It is obvious that these digital companies return on equity is high, their future is bright, and individuals are looking for other markets to invest their money in. India, for example, is an appealing rising market with a vast market opportunities.

India's leading Edtech firm, BYJUs has acquired several startups all around the world. After the restriction, investors who have put money into China's Edtech sector may see India as a land of opportunities in this sector and may have added advantages for Indian Edtech startups.

Overall what does it mean for investors? Is it an opportunity?

With many unicorn firms, particularly internet-based companies, seeking to go public in India, any Edtech company planning to go public may have an advantage, and retail investors might take advantage of this chance to invest in the next disruptive education companies. As a result, the notion that India has a nascent and significant forthcoming new economic sector that would be investible and accessible makes it much more tempting, particularly in light of what is happening in China.

Which companies to benefit the most from this move?

Edtech in India had raised more than $5 billion in private equity investments in the previous five years. In this field, two unicorns have already emerged, Byju's, the most expensive unicorn out of India with a $16.5 billion valuation, and Unacademy, which recently joined the elite billion-dollar club.

India may become the next investment hub in this area, the unicorn startups may have an advantage in raising funding from global investors. Apart from these, companies in the education sector that have been listed on stock markets, such as Zee Learn, Career Point may have a positive impact.

Do you advise any stock to buy in education sector now?

Despite China's new restrictions on the education industry, particularly on Edtech companies, Indian companies that have been listed on exchanges have not impacted much and were trading in the same ranges. For the time being, it would be wise to wait for an opportunity to invest in this area.

Disclaimer: The views and investment tips expressed by investment expert on Moneycontrol.com are his own and not that of the website or its management. Moneycontrol.com advises users to check with certified experts before taking any investment decisions.
Sunil Shankar Matkar
Tags: #MARKET OUTLOOK #Nifty #Sensex
first published: Jul 31, 2021 06:07 pm