In Charts I Key metrics relating to Reliance Jio-Facebook deal

The investment values Jio Platforms amongst the top 5 listed companies in India by market capitalization. Facebook has 260 million users in India, which is more than any other country in the world.

Facebook has bought a 9.9% stake in Reliance Jio for $5.7 billion (Rs 43,574 crore), the telecom unit of Reliance Industries (RIL), in a multibillion-dollar deal.

This investment by Facebook values Jio Platforms at Rs 4.62 lakh crore pre-money enterprise value ($65.95 billion, assuming a conversion rate of ₹ 70 to a US Dollar). 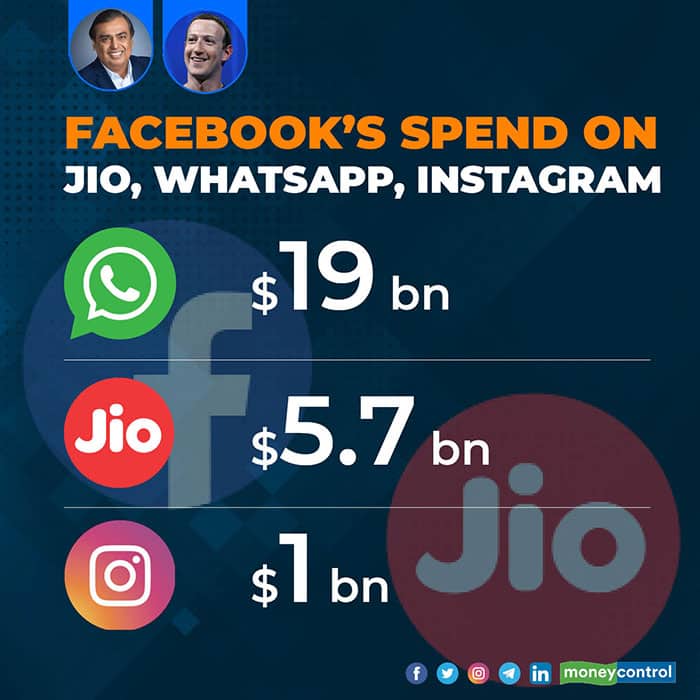 In Q3FY20, Reliance Jio's share in the total revenue earned by the telecom sector grew to 37.1 percent, which is the highest in the industry compared to other players. Both Jio and Facebook have a huge subscriber base. In India, Reliance Jio Infocomm provides a connectivity platform to over 388 million subscribers. Facebook has 260 million users in India, which is more than any other country in the world. Even Facebook’s Whatsapp has 340 million users in India. Brazil has second-most subscriber-base of 99 million. 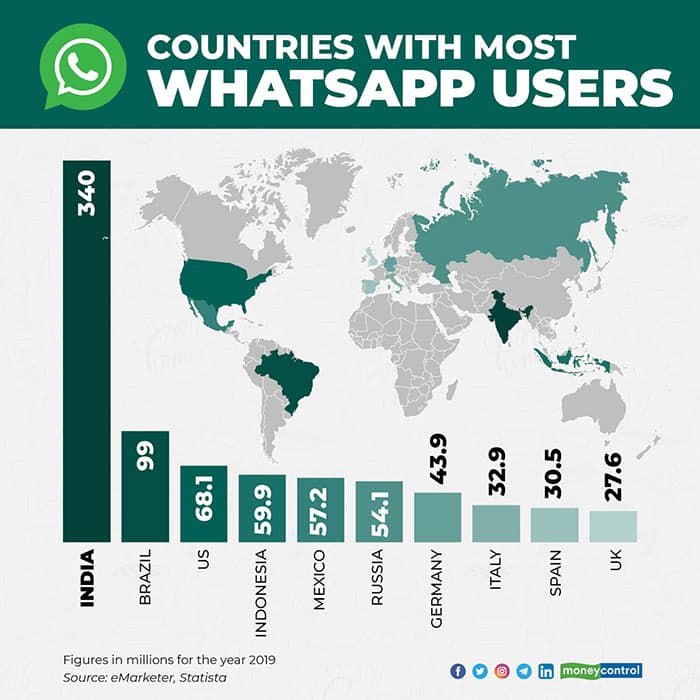