Fintech Files Part-1: What they are and what they do

Relying on smartphones for almost everything has become the new normal in today’s fast-paced world, particularly when it comes to financial services. But it is actually the financial technology in the background that enables these services, making transactions a simple act of a touch or a click. Here’s a primer on the basics

Did you know that each time you scan a quick response (QR) code and pay money at a local Kirana store, a fintech is at work? Or that when you ‘GPay’ — send money to — your friend in seconds, it’s because of fintech? Again, when you go on a shopping spree on an e-commerce website, or buy stocks from the market, it’s fintech that makes it possible. All of this is just one side, the consumer-facing side, of fintech. There is a lot more to financial technology, but it’s always humming in the background, unseen, unheard, but nevertheless enabling millions of transactions every day, and not always involving the transfer of money.

Fintech companies, the brains behind this technology, have become an integral part of the country’s economy, keeping it on the move. Today, India has over 7,000 fintech start-ups, operating in various segments. Such is the breadth of their presence that they have a finger in every pie, from payments and online credit facilities to subscription management and peer-to-peer lending.

Broadly, fintechs in India majorly operate in the following categories:

Payments: Payments players include apps such as PhonePe, GPay and Paytm, which facilitate transactions through wallets and the Unified Payments Interface (UPI). Other players include online and offline payments providers such as Razorpay, Pine Labs, BillDesk, CCAvenues, etc. Players such as BharatPe serve only businesses and enable merchants to receive payments.

Neobanking platforms: Fintechs that provide a tech layer over services offered by partner banks are categorised as neobanking platforms. Companies such as Jupiter, Fi, Freo and Niyo provide neobanking services to individuals. For businesses, the likes of RazorpayX and Open provide payroll management, banking etc.

Insurtech: The Indian insurtech space includes general insurance companies such as Digit and Acko, as well as insurance broking platforms such as Policybazaar, Paytm, Coverfox etc.

Virtual digital assets companies: These include platforms that facilitate the trading of cryptocurrencies, including CoinDCX and WazirX. However, the crypt exchanges’ legal status is unclear as a law on crypto trading in India is still awaited.

P2P lenders: Peer-to-peer fintechs provide a platform for people to lend and borrow money from each other directly, rather than go to a bank or an institution. LenDen Club, Faircent and CRED Mint are among key P2P players in India.

While India has always lagged behind advanced economies in terms of economic development, thanks to these fintechs, it is among the very best when it comes to financial technology.

This transformation has been made possible due to an army of talented professionals, many of whom work for the country’s 7,000-plus fintech start-ups. These startups’ innovations and collaborations with different entities, including banks and other conventional financial institutions, often in the face of regulatory headwinds, have redrawn India’s financial landscape. UPI is one such example. While the monetisation of UPI is being debated, it is a unique tool that has shown how fintechs and banks can take their partnership to the next level. In August, a total of 346 active UPI players conducted 6,579.63 million transactions amounting to Rs 10.72 lakh crore.

BNPL, another forte of fintech players, is likely to register substantial growth over the next five years, according to Zestmoney’s India 2021 fintech report. “BNPL forms about 2% of total retail GMV (gross merchandise value) and is expected to surge to nearly 7% by the end of FY26, according to Goldman Sachs. The current GMV of $3 billion is estimated to go up to $35 billion by 2026,” the report said.

As of July 2022, India had over 7,300 fintech start-ups, according to ‘The Winds of Change’ report presented by EY during the 2022 Global Fintech Festival in Mumbai. A snapshot of how the Reserve Bank Of India’s (RBI) fintech policies have evolved over time can be viewed below.

Overall, the domestic fintech industry’s total assets under management (AUM) will grow 10 times to cross the $1 trillion mark and reach $200 billion in revenue by 2030, the report said.

According to the EY report, there were 24 fintech unicorns in India as of July end. Unicorns are private entities that have achieved a $1 billion valuation without an initial public offering.

In all, there are 24 fintech unicorns in India, as per the EY report, and some of them listed on the exchanges in 2021. Paytm and Policybazaar/Paisabazaar parent PB Fintech listed on the stock exchanges late last year. 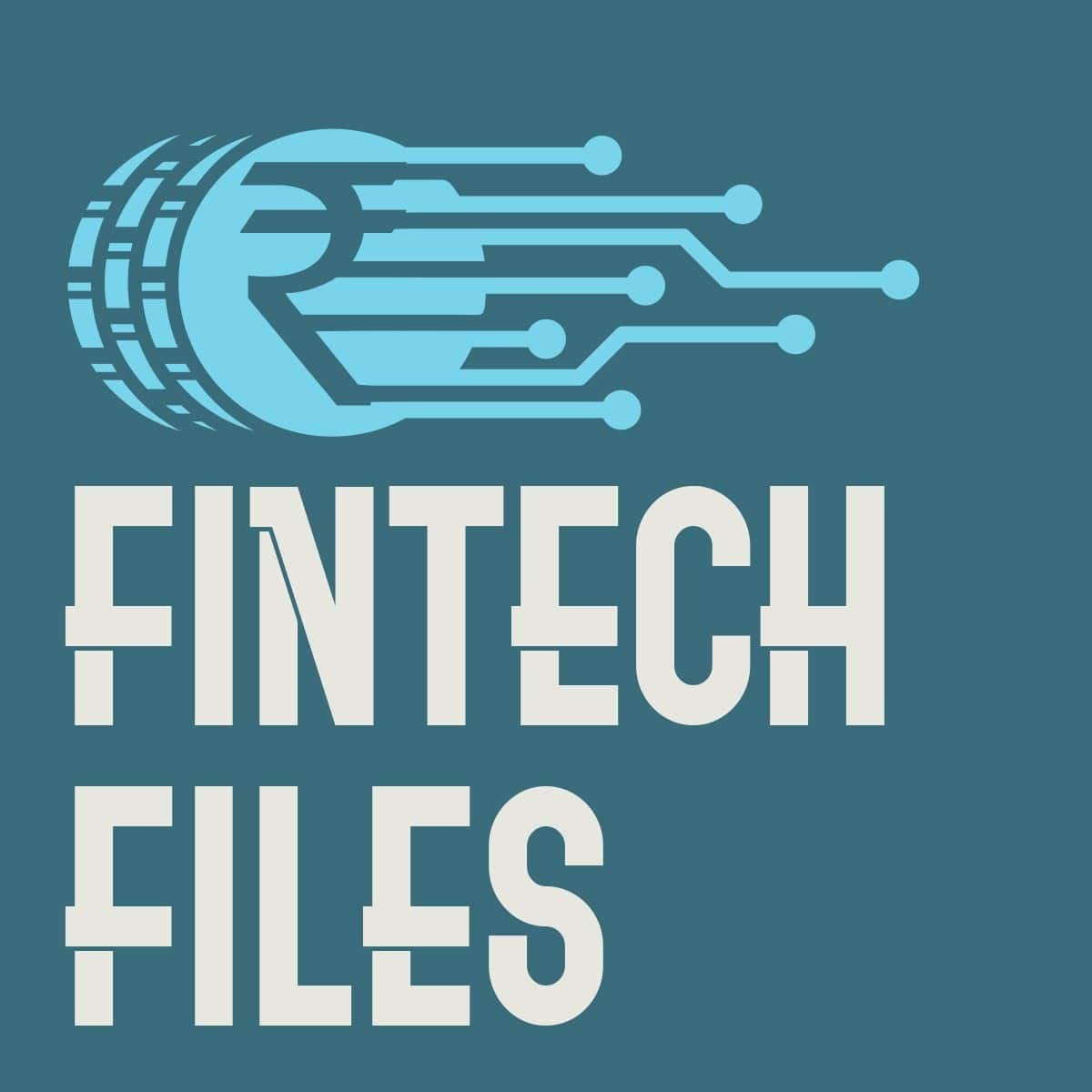 Large fintechs may have started their operations by offering just one service but have over time expanded their suite of services.

Such ancillary offerings help these players generate additional revenue streams, especially in the case of players such as Paytm and PhonePe, as UPI does not generate revenues for these companies.

Fintech players such as Pine Labs, MSwipe and Razorpay, which initially offered core services such as POS and payment gateways, are now offering more value-added services to merchants, including rewards and loyalty programmes, pay-by-link and micro websites, BNPL, as well as consumer financing products via EMIs and merchant banking, among others.

Federal Bank Executive Director Shalini Warrier says that over the years, fintechs have evolved in the fields of payments, lending, wealth management, insurance, and basic banking products such as savings accounts.

“In my view, the Indian fintech industry has evolved more than overseas countries, though the models are different,” Warrier said.

“With the payment infrastructure that NPCI has put in place, with the Jandhan-Aadhaar-Mobile trinity, and with the growing smartphone penetration in India, fintechs here are able to deliver materially better products and services to customers than what is available overseas,” she added.

The fruits of collaboration

“We collect about Rs 1,000 crore worth of EMI for them (NBFCs) from their customers at their outlets … The best way for fintechs will be to partner with banks,” Bajaj said.

“We can augment the market, undertake speedy tech deliveries, create better interfaces, and provide faster and better insights of the market. It is not going to be a one-legged race; it will be a collaboration,” he added.

Federal Bank’s Warrier says fintechs have been instrumental in making the Indian financial services industry agile through their focus on UI and UX.

“Each Bank has a different strategy when it comes to working with fintechs. In Federal Bank, we believe in collaboration with fintechs rather than competition. The consumer gets the best of both worlds in our view — the trust, security and safety that Banks provide with the ease and convenience of banking that fintechs provide. I don’t think there is anything that compels banks to join hands with fintechs.”

Nikhil Jois, growth lead at Bureau, a Bengaluru-based fintech firm, says the firm is gearing up to partner with banks. “About 50 percent of our customer base is in BFSI and fintech … we have begun conversations with big banks; we are doing PoC (proof of concept) with IDFC FIRST Bank already, and we are in talks with HDFC Bank and Kotak Mahindra Bank,” Jois said.

“Most of these banks are always looking for insights on their user base and at expanding the offerings they can have. These banks have years of experience and are looking for some exotic ingredients to play with in order to augment their AI-ML models,” he added.

The break-neck speed of innovation, though, is also coming at an economic cost for the fintechs. Higher inflation, Covid-19 induced stress and regulatory uncertainty have combined added to their woes.

“As of June 2022, India had more than 100 unicorns, and in this prestigious pool of start-ups, almost every fourth unicorn is a FinTech,” the EY report said. “But there is a lot of headroom compared to global FinTech unicorns; India lags and contributes approximately 7% of the global pool of FinTech unicorns. Considering the market size, we should expect more,” it added.

Bankers, though open to fintech partnerships, are taking a cautious path. “There is nothing that fintechs do that banks cannot do on their own,” says Warrier.

“However, the broader intention of the Bank-fintech collaboration is to bring the best of both worlds to the customer. As indicated earlier, fintechs display higher agility and are able to work extensively on UI/UX (user interface/user experience). Banks bring trust, stability and confidence to the customer,” she said.

Parag Rao, payments and digital banking chief at HDFC Bank, said that he does not believe any one individual entity can crack the market on its own.

“I presume serious players are in this game for the medium-to-long term, which means you need to build a good economic model. Partnerships actually help in crunching the lifetime cycle of this model. I see more and more potential partnerships happening and that’s the way to go,” he said at the global fintech festival.

(This is the first story in a Moneycontrol series highlighting the growth and evolution of the Indian fintech industry. The series intends to capture the changes fintechs have wrought in the business ecosystem and customer experience in the Indian market so far and what can be expected on the journey forward. You can read the second and third parts here and here.)
Piyush Shukla