Muted household spending as reflected in metrics such as falling car sales have resulted in a pile up of unsold inventories and rising unused capacities in factory plants mirror slackening demand and feeble investment. 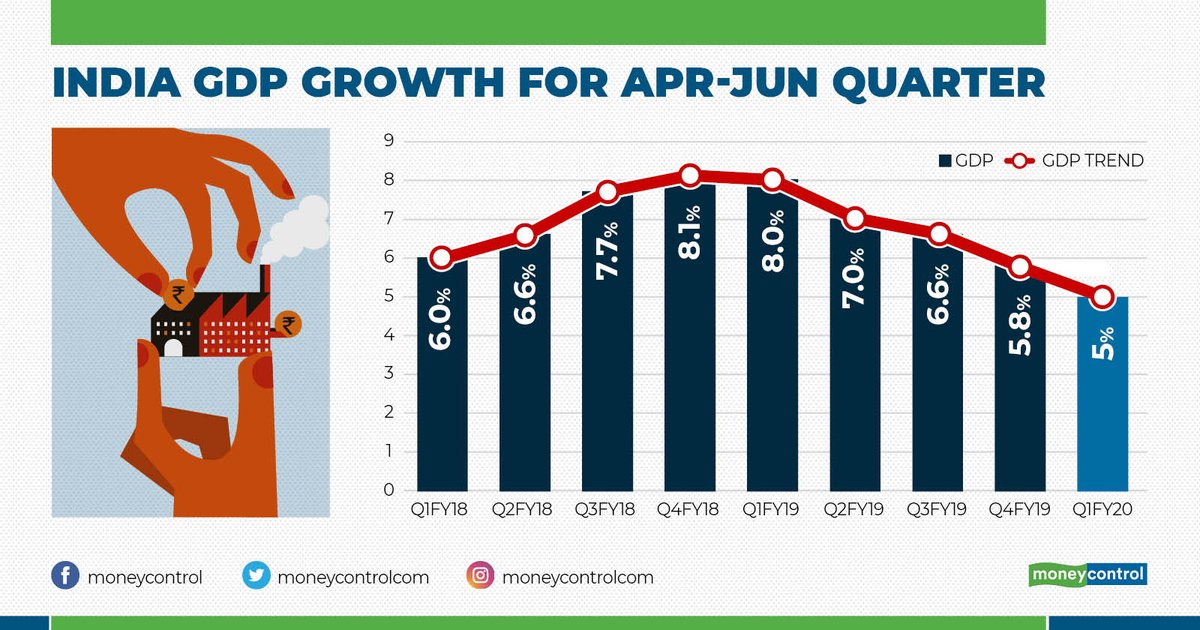 Gross value added (GVA), which is GDP minus taxes, and, therefore, a more realistic proxy to measure economic activity, grew 4.9 percent in April-June 2019, compared to 7.7 percent in the same period last year and 5.7 percent in January-March this year. 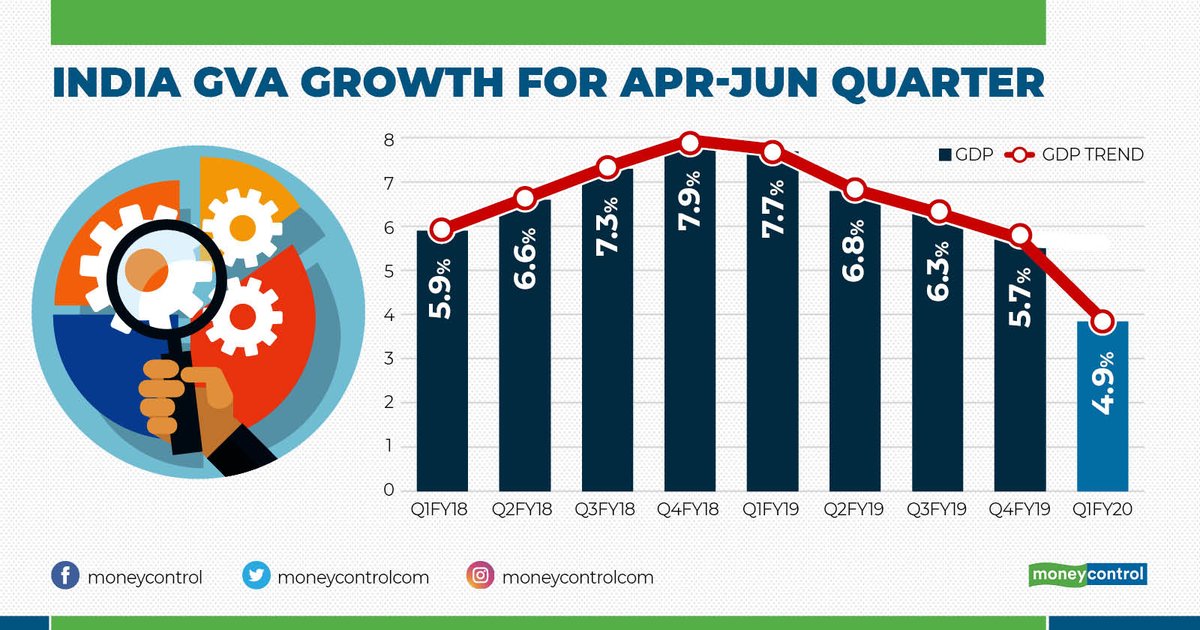 Muted household spending as reflected in metrics such as falling car sales have resulted in a pile up of unsold inventories and rising unused capacities in factory plants mirror slackening demand and feeble investment.

Commercial vehicle sales slowed down even after adjusting for base effects, mirroring how stocks aren't moving rapidly across the country to fill shop shelves beaten by low demand.

Construction activity indicators have also slackened, with contraction in cement production and slower growth in finished steel consumption in June. Import of capital goods – a key indicator of investment activity– contracted in June.

Construction sector GVA grew 5.7 percent during April-June, 2019, compared to 7.1 percent in the same quarter last year and 9.6 percent in January-March 2019.

The muted construction activity also partly mirrors the slowdown in government spending on infrastructure projects such as roads during April to May when the Lok Sabha elections were being held and the government was in transition.

On August 23, 2019, Finance Minister Nirmala Sitharaman announced a slew of measures to revive India's broader economy that appeared to be falling off a cliff.

The government rolled back some of the controversial measures introduced in the federal budget for 2019-20, including the enhanced surcharge levied on capital gains made by foreign portfolio investors (FPIs) investing in India's equity markets.

There were specific measures to stoke spending in products such as cars, rejigging of the bank recapitalisation programme by front-loading it, it, addressing of supply-side bottlenecks and easing of bank credit rules.

On August 30, 2019, the Finance Minister announced another set of measures, aimed at consolidation in the banking sector.

The agriculture sector grew 2 percent in April-June 2019, from 5.1 percent in the same quarter last year and -0.1 percent in January-March 2019.

Delayed onset of the South-West monsoon rains that was 33 percent deficient in June, and a mixed rabi harvest appear to have pulled down farm sector growth.

Countries most impacted by COVID-19