Invasion of privacy and lack of accuracy were some of the other flaws participants of a survey pointed out.

The growing popularity of artificial intelligence has extended to customer service as well, with digital or virtual assistants being increasingly used to address consumers'  problems and queries.

Research indicates that consumers are showing an increasing preference for self-service over talking to a customer service agent, customer service expert and author Shep Hyken said in a Forbes column.

Indians cited lack of human touch as the main concern in customer service run by artificial intelligence (AI), according to a survey done by PwC.

The survey, titled  "Artificial intelligence in India – hype or reality" evaluated the attitudes of people towards AI. About 66 percent of people surveyed said the absence of human interaction is a concern in customer service run by AI. 27 percent were wary about the accuracy of the process.

Data privacy was an issue with use of AI in general, with 93 percent of the survey's respondents saying they are worried about data privacy while using AI. 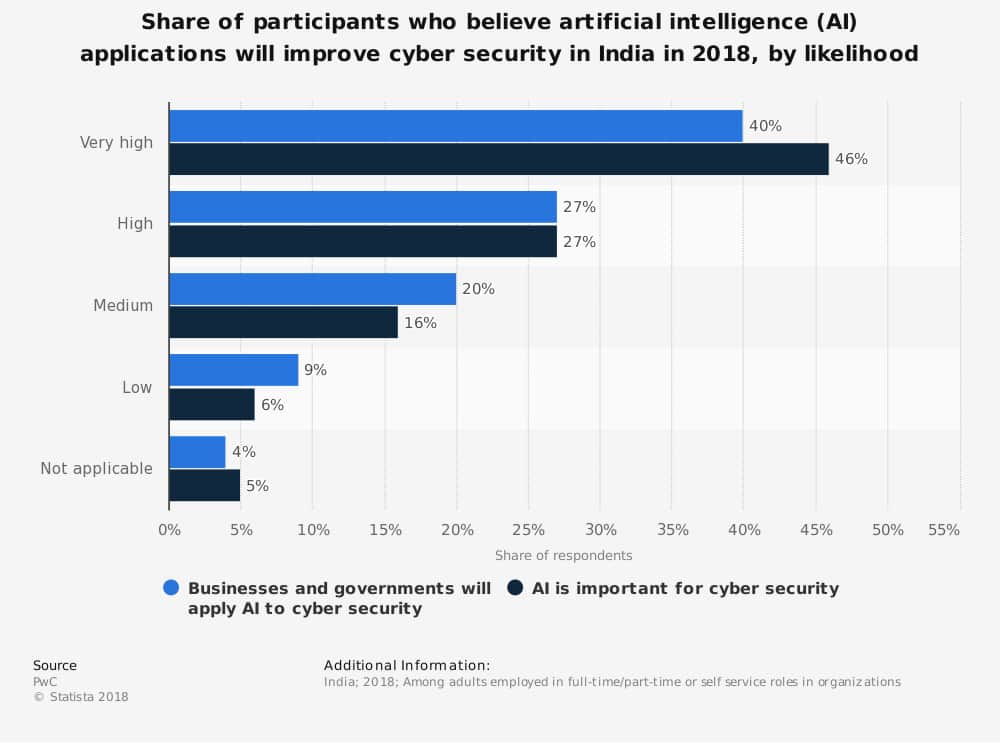 But businesses might not need to fret over the privacy concerns, because a large number of the survey's participants believe that businesses and governments will use AI for the cause of cyber security and privacy.

Though Indians seem to be aware of the flaws of AI-run customer service, several are willing to pay for such digital assistance. About 49 percent of the respondents said  they would pay a premium for customer service run by AI.

The PwC report adds that people want AI assistants to be smart, friendly, and enable them to save time. So to use AI successfully in customer service, businesses have the tricky task of making the process efficient while proving a human touch at the same time. It's not only businesses that are exploring opportunities in AI. In India, the government, too, has been trying to find ways to use AI. The Commerce Ministry last year set up a task force to study the use of AI in development.

The task force is a part of the government's Digital India drive.

Even NITI Aayog has expressed interest in the subject, and is working with Google to develop AI in India.
Ruchira Kondepudi
TAGS: #Artificial Intelligence #Business #DATA STORY #India
first published: May 22, 2018 04:26 pm