This Indian city was the most curious about bitcoin globally in 2017, Google data shows

The Bitcoin frenzy gripped Surat, the industrial hub located on the western coast of India, as it emerged as the topper in relative interest in searching for Bitcoin last year across the globe.

Google Trends data shows that the city which processes most of the diamonds in the world was also relatively ahead of others in exploring for new avenues to invest. This means, for all the searches that originated from Surat, the proportion of ‘Bitcoin’ was highest, compared to other cities.

Also Read: As the price of Bitcoin soared, its dominance in the market plummeted by 57% in 2017

However, when the cities with low search volume were excluded, Gurugram was the foremost city in India interested in Bitcoin. Worldwide, it was placed fifth, behind, Yonkers, San Jose, Capetown and The Hague. 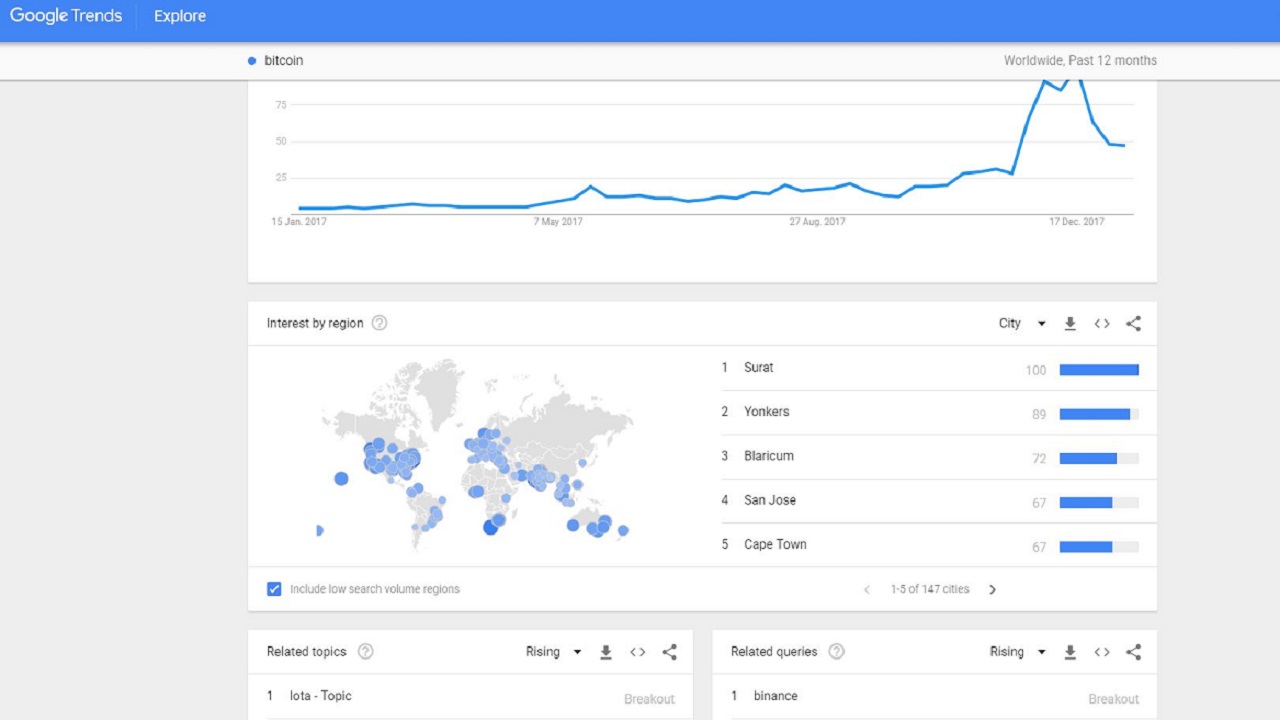 Region-wise, India was far behind others and not even in top 20 in terms of relative interest in Bitcoin. South Africa topped with Slovenia and The Netherlands at second and third, respectively.

The year 2017 was in many ways phenomenal for cryptocurrencies and blockchain technology. As the digital currency market started attracting institutional investors, the interest of retail investors also grew exponentially. Bitcoin was one of the most searched queries in India in 2017.

Note: Google Trends data are relative, i.e., it does not show the number of search queries coming from a city but the proportion of search queries. It places cities or regions on a scale of 0 to 100, where 100 is the territory with the most popularity as a fraction of total searches in that location. Implying, a value of 50 would indicate a location which is half as popular and a value of 0 would indicate a location where the term was less than 1 percent as popular as the peak.

For more stories and analyses on cryptocurrencies, click here.