Compliant with Euro-VI, will be ready by April 2020; focus on EVs too: Ashok Leyland

We have a distinct plan for EVs, as distinct as Euro-VI, said Vinod Dasari, , MD & CEO, Ashok Leyland.

Talking about the above development in detail, Vinod Dasari, MD & CEO, Ashok Leyland said the company will be fully compliant with Euro-VI by April 2020.

He said since company over a period came out with the lowest cost per horsepower in its engine, Hino came to the company with EURO-VI engine to help them reduce cost of the engine.

Hino already has four-cylinder EURO-VI that they sell in different parts of the world and now Ashok Leyland will help them make that become more competitive and will together develop a six-cylinder engine, said Dasari, adding that according to the deal, they won’t compete in India and we won’t compete in Japan. The company will pay Hino a small royalty and they will also pay Ashok Leyland us royalty for parts that are developed and exported from India. So, net-net no impact, he said.

The tie-up with Hino will help reduce costs and moreover, it also gives another safety net as far as EURO-VI is concerned, said Dasari. 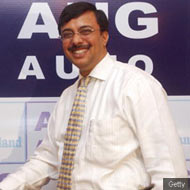 The overall capacity utilisation would be around 70-75 percent and it is time to improve production, said Dasari.

Talking about the government’s focus on heavy-duty fuel economy, which we have to meet by April, he said.

On their plans for electric vehicle (EV), he said they have a three-pronged strategy -- a battery swap strategy, a flash charge strategy and fast charge strategy, said Dasari, adding that they are working with battery companies, motor companies on it etc.

"We have a distinct plan for EVs, as distinct as Euro-VI," he said, adding that they have two separate teams feverishly working to make sure that they are world class not only in Euro-VI but also EVs.
CNBC-TV18
Tags: #Ashok Leyland (AL) #business news
first published: Nov 28, 2017 11:10 am