AK Lakhotia of MBL Infrastructure said the company doesn't have plans to raise equity. "Once BoT projects become operations they will have three cash flows," he said.

Speaking to CNBC-TV18 AK Lakhotia of MBL Infrastructure said 3 BoT (build, operate and transfer) projects will kick off in this fiscal year. The projects will come with an equity component of Rs 300 crore.

"Consolidated and PAT margins will go up this fiscal year," he said.

He estimates revenues to grow by 25-30 percent in FY17 and the company will be seeing over Rs 2900 crore of revenues.

The company doesn't have plans to raise equity. "Once BoT projects become operations they will have three cash flows," he said.

Below is the verbatim transcript of AK Lakhotia's interview with Reema Tendulkar & Mangalam Maloo on CNBC-TV18.

Mangalam: Could tell us, what does this take your order book to and second, what are the kinds of margins you are going to enjoy on this and when will this reflect on your income statement? 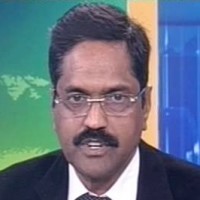 A: With this award of the project work, our current order book is of 29 projects worth Rs 7,746 crore. In this project which is a hybrid annuity project where the engineering, procurement and construction (EPC) will be done by MBL Infrastructure Limited with a earnings before interest, taxes, depreciation, and amortization (EBITDA) margin of about 15 percent. In this hybrid annuity project, the National Highways Authority of India (NHAI) will be contributing 40 percent that is Rs 311.6 crore during the construction phase itself and 60 percent will be arranged by us, which will be returned to us by NHAI by way of annuity and interest at the rate of bank rate plus 3 percent and we will be have 15 years of operations and maintenance also, which will also be funded by NHAI as Rs 63.75 crore.

Reema: You said the margins of this particular order of 15 percent that’s much higher than the 10 percent EBITDA margins that you had in Q4 FY16. With this big order win can we expect the company’s margins to improve from here on and in FY17 what would be your margin estimate?

A: Now onwards the margin should be going northwards because the three hybrid annuity projects that we have got and the different projects that we are bidding, they are at comparatively better margin, instead of giving you the exact figure, I can very well say the margins here onwards will be northward.

A: They will be commenced in this fiscal itself and with this they will be a game changer at the consolidated levels for MBL with the equity of about Rs 300 crore, which is invested by MBL in these projects that will start earning revenue and with this the consolidated EBITDA margins and the profit after tax (PAT) margins will make a northward movement in this fiscal year itself.

Reema: What would be the FY17 revenue estimates now for MBL Infrastructure, what could be the kind of growth you are looking at?

A: A growth of about 25-30 percent and we should be very near to Rs 2,900 crore plus during the current fiscal year.

Reema: And margins should be better than what you saw in FY17?

Mangalam: What is the kind of capex investment which is left for the company and do you have plans to raise further equity?

A: No, we don’t have any plan to raise further equity. Our existing BOT operations, once they are operational during this year, they will have free cash flow. Also in our existing order book we have cash flows from operations which are positive. So our growth will be funded by cash flow from operations rather than from any funding requirement further.

Reema: What have been the total order inflows in Q1 and what’s your estimate of what the order inflows could be for the full year?

A: For the full year we are expecting total Rs 4,000 crore during 2016-17 including the Rs 779 crore, so this Rs 779 crore is the first major order in the Q1. There is a good order pipeline. We are expecting orders to flow at a very even pace during the year.