The government has launched several projects to increase awareness around plastic recycling and curb the negative environmental impact of plastic waste.

The move comes in the wake of Prime Minister Narendra Modi’s push to shun the usage of single-use plastic which may curb the use of items such as plastic spoons, 200 ml PET bottles, plastic straws, cups, plastic packets, among others. 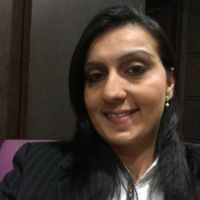 Plastic containers of all types shed layers called microns in daily usage. These are insoluble compounds depositing as toxins in human body cells, in the environment and are carcinogenic beyond a limit.

Hindustan Unilever is working with the government and other partners such as the United Nations Development Programme on pilot projects for plastic waste management.

"At Unilever, we are committed to moving to 100 percent reusable, recyclable or compostable plastic packaging by 2025, said a spokesperson from HUL.

Recently, HUL also announced two new commitments -- Reduce our use of virgin plastic packaging by 50 percent by 2025, with one third coming from an absolute plastic reduction and help collect and process more plastic packaging than we sell by 2025.

"We continually look at new ways to reduce, re-use, recycle and recover packaging and waste as we move towards becoming a zero-waste business. Globally, we have reduced nearly one-third of our packaging waste since 2010. We are committed to accelerating a transition to a circular economy, moving from the linear take-make-dispose model to a regenerative approach, which keeps materials at their highest value for as long as possible," HUL spokesperson added.

Single-use plastics are majorly used for packaging in FMCG packets and sachets of packed foods, groceries, cosmetics and toiletries.

Most FMCG companies are taking initiatives to reduce, collect and recycle multi-layered plastic.

Polyethylene terephthalate (PET) bottles used for beverage products are being re-purposed to make apparels, footwear, and furniture by many companies.

At an industry event recently, Marico Chairman Harsh Mariwala said, “We will be moving to 100 percent recyclable plastic usage by 2025 and we will be using recycled content in packaging.”

The program enables consumers to submit plastic bottles across 21 key Big Bazaar outlets in and around Mumbai.

For each bottle that is submitted, Marico in association with Future Retail offers Rs 10 to consumers, which is instantly credited to their Future Pay wallet and can be redeemed against their purchase.

The incentive provided is for all products of Marico and also for products of Future Consumer, irrespective of the size of the bottle.

Other FMCG companies, Hindustan Unilever, Nestle too will move to 100 percent reusable, recyclable or compostable plastic packaging by 2025.

In fact, Dabur India is aiming to become a plastic waste neutral company by March 2021.

“Dabur India has set its sights on becoming a Plastic Waste Neutral company by the end of March 2021 by collecting, processing and recycling 20,000 MT (20 million kgs) of post-consumer plastic waste from across the country. With this, the company would be collecting back 100 percent of the plastic waste that it generates through its product packaging, making it amongst the first Indian FMCG companies to achieve this feat,” said Shahrukh Khan, Executive Director-Operations, Dabur India.

Dabur has already rolled out a pilot plastic recycling initiative in 2018-19 in six states.

The fiscal year 2018-19 was the first full year of its roll-out and we have collected, processed and recycled nearly 4,000 MT (four million Kgs) of post-consumer plastic waste from these six states, Khan said.

Dabur India has now extended this Plastic Waste Management initiative to 25 states in 2019-20 fiscal and the company will collect 12,400 MT (124 lakh kg) plastic waste and send them for recycling/processing.

Coca-Cola is redesigning and light-weighting packaging, increasing renewable and recycled material use. HUL is working with the government and other partners such as the United Nations Development Programme on pilot projects for plastic waste management.

PepsiCo India has been working across states to collect, segregate and sustainably manage the equivalent of 100 percent plastic packaging by 2021. It has partnered with organisations to upcycle plastic into creating utility products such as chairs, benches, tables, t-shirts, laptop bags.

“One of our key targets is to make 100 percent recyclable, compostable or biodegradable packaging by 2025 and we have been striving to design all packaging with the goal to achieve optimum results with utmost efficient use of material possible,”  a PepsiCo India spokesperson said.

Future Consumer will also move towards polyolefin or similar polymeric structure wherever technically and commercially feasible.

"We are exploring a non-plastic based structure with coatings for a smaller sachet of solid products and experimenting with nearly Zero Base Packaging Concept during the year through the pilot," a company spokesperson said. They are also working on replacing glass with plastic bottles in selective products in food to reduce the Carbon footprint.

Parle Agro has also tied up with key players such as PET - Packaging Association for Clean Environment (PACE) and Action Alliance for Recycling Beverage Cartons (AARC) towards implementing its PWM initiatives.

“We have set an ambitious goal to immediately become 100 percent PET waste free company. This not only requires us to accelerate many of our ongoing environment and sustainability initiatives, but also double our investments. We are committed to invest Rs 50 crores in the next three years towards this endeavor," said Nadia Chauhan, Joint Managing Director and Chief Marketing Officer, Parle Agro.

"Given our 30 percent growth rate, our ‘PET Sustainability’ investments will most definitely increase every year. Moreover, in the coming months we will be launching additional employee and consumer campaigns that will act as a multiplier for our PWM initiatives," she added.

Even chocolate makers are making use of upcycled papers for wrapping chocolates.

According to government data, India generates more than 25,000 tonnes of plastic waste every day, 40 percent of which remains uncollected and littered in the environment.

The government aims to rid the country of single-use plastic by 2022 as part of the Clean India (Swachh Bharat) part two campaign.

It has notified Plastic Waste Management Rules, 2016, as per which the generators of waste have been mandated to take steps to minimize generation of plastic waste, not to litter plastic waste, ensure segregated storage of waste at source and handover segregated waste to local bodies or agencies authorised by the local bodies.