Bharti Airtel has hit a sore nerve in the telecom sector by launching Airtel Zero, an offer that can violate the concept of net neutrality. Airtel's move comes just a week after Trai released a consultation paper on proposed net neutrality guidelines.

Some see it as just another data scheme, while for others it’s a violation of the basic principle of net neutrality. Bharti Airtel's Airtel Zero plan has created a flutter in the digital world. The plan allows customers to access certain mobile applications without having to pay data charges for using them. The cost of data consumed will be paid by the application developer who has a tie-up with the telecom company. And that's what industry watchers are frowning upon... They feel that by offering certain apps for free, telecom companies will end up directing traffic towards them, thus violating the concept of net neutrality.

This concept basically means that the internet should be an open, un-biased information - super highway which treats all content and app developers as equal. The net neutrality debate raging in the US, has now also reached Indian shores.

Telecom regulator Trai has released a consultation paper asking telecom firms to submit their views on the subject. The deadline for submission of responses is the 28th of april. Speaking to our sister network, cncb awaaz, trai chairman rahul khullar agreed that time has come to frame clear rules on net neutrality. 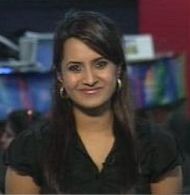 Rahul Khullar, Chairman, Trai, says a paper has been launched and we want to put a clear cut regulation in place as soon as possible.

Preferential data plans specifically designed for apps like Facebook and Whatsapp are already out in the market. Reliance Communication is offering a special pack for Facebook's internet.org while subscribing data services on Aircel will get you free Wikipedia usage. Incase the regulator decides in favour of such data division, over riding the concept of net neutrality, consumers will have to gear up to deal with a plethora of data packs- just like choosing DTH channel packs.

For companies it will be a clear case of big v/s small.. Experts say established players like Flipkart will have an advantage in forging tie ups with mobile giants while bootstrapped start-ups or smaller social networking firms may find the going tough.