Berkshire Annual Meeting 2022: What to expect and how to make the best of the Oracle’s wisdom

The famed Q&A session with chairman Warren Buffett, 91, and vice-chairman Charlie Munger, 98, will begin at 9.15 am Saturday morning. CNBC will start livestreaming at 7.15 India time.

This weekend, the Berkshire Hathaway Annual Shareholders Meeting will be held after three years at the CHI Health Center, Omaha, Nebraska. People will queue up in the wee-hours Saturday morning–braving the cold and even light rain–to get a seat in the front rows for the Q&A session on April 30 morning.

The famed Q&A session with chairman Warren Buffett, 91, and vice-chairman Charlie Munger, 98, will begin at 9.15 am Saturday morning.

“The simplest question you ask them will be answered with great intellectual depth,” said Rajesh Bhatia, Managing Director and Chief Investment Officer - AIF III, at the Investment Trust of India. Bhatia has been to the meeting a few times, and once even came back with 24 T-shirts including one for himself that read ‘The next Warren Buffett’. A large number of Berkshire-owned companies right from Coca-Cola Co and Fruit of Loom to NetJets and Nebraska Furniture Mart display their wares for sale in the exhibition hall at the venue, ahead of the meeting. 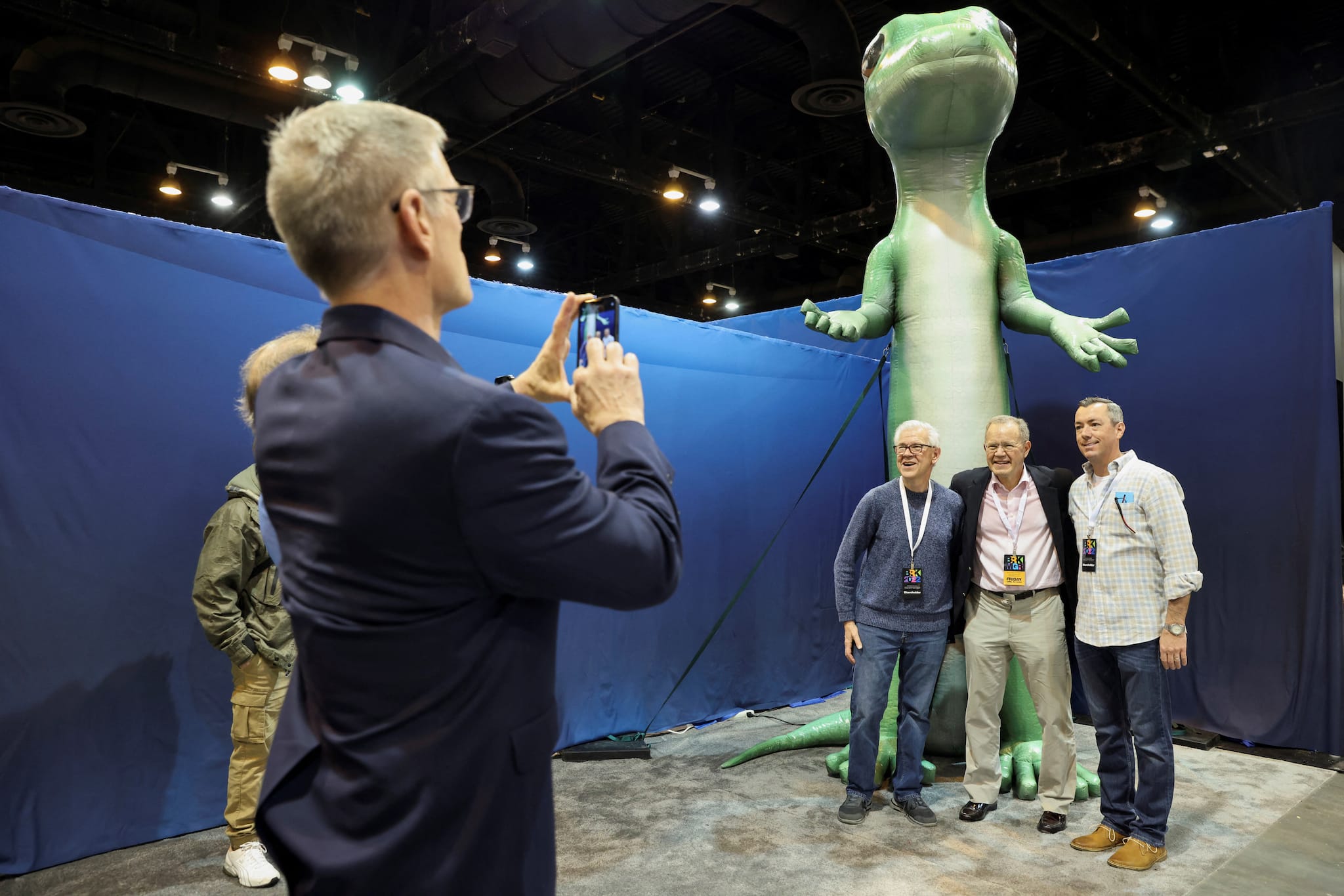 The Annual Meeting also called the ‘Woodstock of Capitalism’ is a pilgrimage of sorts for investors from across the globe who congregate to listen to the veterans of investing for their views on everything under the sun, from politics and personal questions to derivatives and default swaps, and connect with other investors to simply revisit the basics of investing often forgotten and exchange ideas.

Bhatia recalled shaking hands with Warren Buffett. “He was just gliding past in a buggy. I wanted to take a selfie with him but that didn’t look possible since he was moving, so I quickly shook hands with him… I was starstruck,” he said.

For many years, until the pandemic struck, the meeting was attended by 60,000 to 80,000 people. This year while there is great enthusiasm among investors over the off-line meeting, especially as Munger gets closer to 100, COVID-19 fears may mean the turnout may be a bit muted, reports suggest.

Buffett’s ability to answer shareholders’ questions with humour and sincerity has been well-recorded. There was the eight-year-old in 2018, who asked him why Berkshire–which used to invest only in capital-efficient businesses–was putting money into capital-intensive businesses such as Burlington Northern Railroad (BNSF), which offered a low rate of return. He answered that opportunities in capital-light businesses that were priced right were few, so they went with the second best option. The second best option available was capital-intensive businesses that offered decent returns and were priced reasonably.

BNSF continues to be one of the ‘Big Four’ companies with Berkshire, according to its latest annual report.

This fiscal (financial year from January to December) has been great for Berkshire so far. Its shares have outperformed the market by a decent margin -- it has given 6.61% return till April 29 while S&P 500 has fallen by 13.86%. 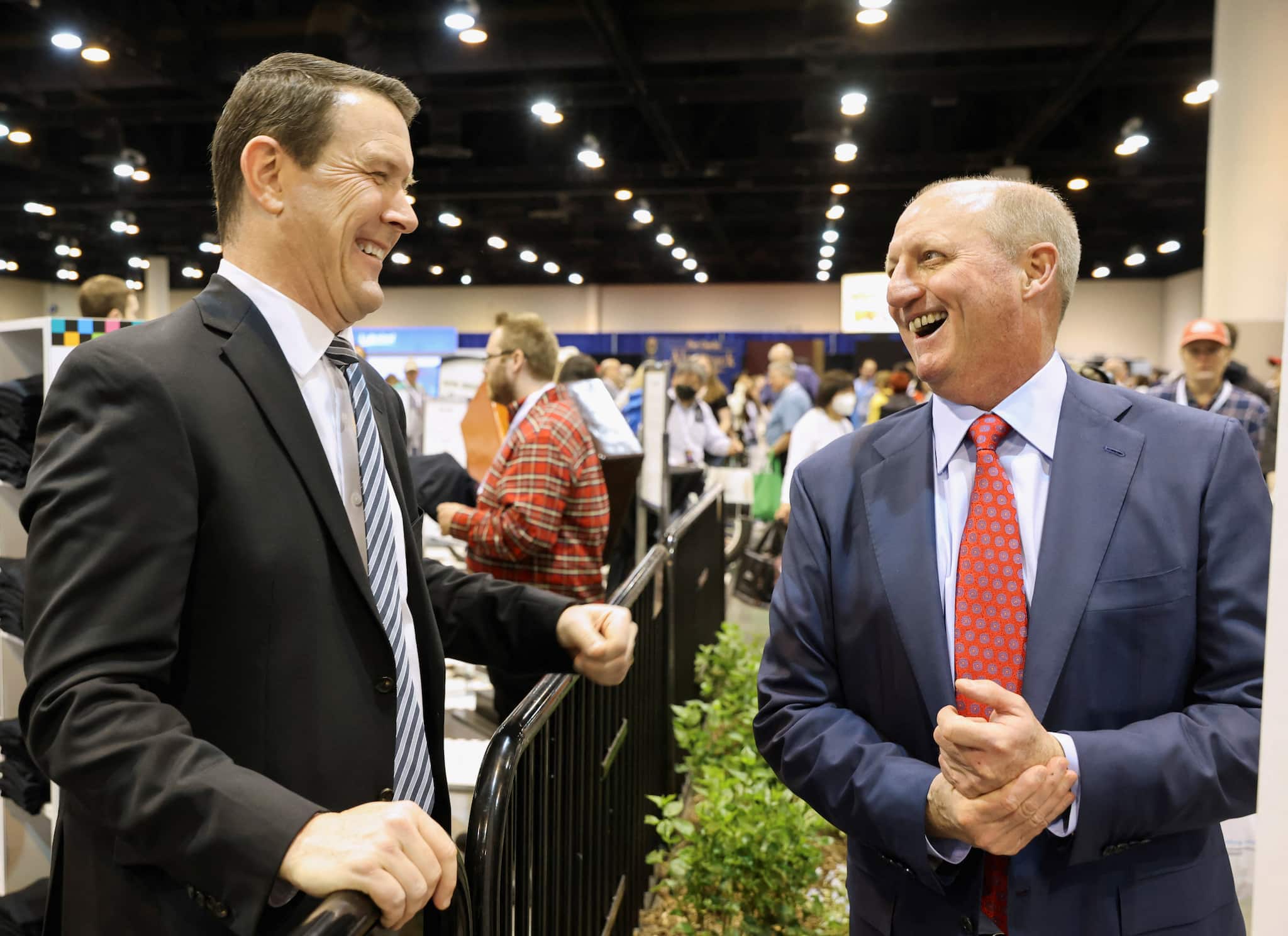 Largely, the company’s big moves for 2021 involved buying fossil-fuel companies including buying a 13% stake in Occidental Petroleum and hiking stake in Chevron where he now holds stake worth $4.5 billion; acquisition of insurer Alleghany for $11.6 billion; 11% stake in HP; adding to housing-related stocks like RH (Restoration Hardware) and Floor and Décor Holdings; reducing stake in pharma companies such as AbbVie, Bristol Myers Squibb; and slashing holdings in credit card companies such as Visa and Mastercard.

At the end of 2021, Berkshire’s disclosures showed that it did not hold Teva Pharmaceuticals anymore – something it had started accumulating in 2017.

There are various interpretations on these buys. Occidental and Chevron are because of rising energy prices and Alleghany because Berkshire has always liked insurance companies for the ‘float’ they provide. Float is the premium that is collected from insurance buyers that can be invested profitably to bolster the overall return on investment. Since Berkshire has had a great underwriting track record, meaning it is able to assess risk carefully and limit its claims, it has benefited from building a large investment portfolio that has yielded handsome returns over the years. Buffet’s HP bet has been linked to the tech major’s share buyback programme, and the Omaha-headquartered company buying home-building stocks has been linked to people taking more interest in redoing their home post pandemic.

The company continues to hold a huge pile of cash–$144 billion in 2021. In the annual report, Buffett wrote about his and Munger’s attitude to cash holding: “Charlie and I have pledged that Berkshire will always hold more than $30 billion of cash and equivalents. We want your company to be financially impregnable and never dependent on the kindness of strangers (or even that of friends).”

He added that such cash-heavy positions are never pleasant but added that they are never permanent too, that they did find “mildly attractive” opportunities to deploy capital in 2021 and 2022.

Another theme that dominated in 2021 was share buybacks. In the annual report, he cited three ways to increase value for shareholders–improve long-term earning power of Berkshire-controlled businesses, buy non-controlling stake in great, publicly traded companies, and as a final resort to repurchase Berkshire shares.

About the first, he said: “Today, internal opportunities deliver far better returns than acquisitions. The size of those opportunities, however, is small compared to Berkshire’s resources.” And on the second: “From time to time, such possibilities (non-controlling part-interests) are both numerous and blatantly attractive. Today, though, we find little that excites us. That’s largely because of a truism: Long-term interest rates that are low push the prices of all productive investments upward, whether these are stocks, apartments, farms, oil wells, whatever.”

Given the limited opportunities in the market, and recognising the undervaluation in Berkshire shares, Buffett has chosen the third route of share buyback -- Berkshire repurchased  9% of the shares that were outstanding at year end 2019 for $51.7 billion. It has increased remaining shareholders’ ownership by 10% in all Berkshire businesses. It also increased the “float” per share by 25% over the two years, which is of great value to the company that deploys this capital for investment.

“Buyback is smart. Giving dividends can become erratic if he needs the cash to buy something, and he does not want the dividend policy to be erratic,” said Chetan Parikh, co-promoter of Jeetay Investments. Other investors believe Buffett does so mainly to ensure it adds value for the remaining shareholders. 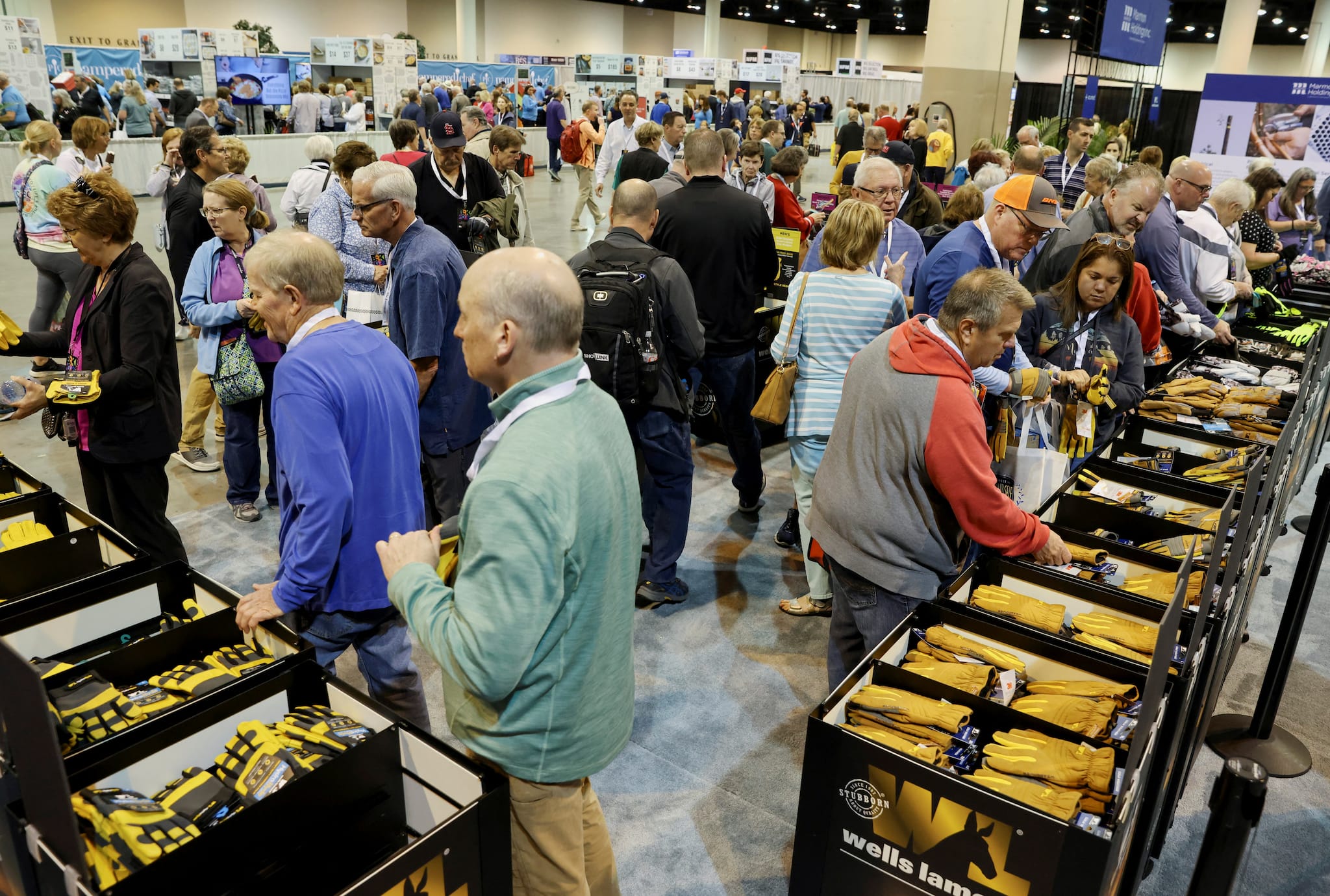 Translating it to India

Can investors find local opportunities similar to what Buffett is betting on in America?

To bet on energy price rise, like Buffet seems to have done with Occidental Petroleum and Chevron, Bhatia sees an opportunity in refining. “We have also been looking to play the high-energy prices and we are doing that through expansion in refining margins for Reliance,” he said.

A direct play in upstream companies in India could have been done through ONGC except the oil major has a huge subsidy burden. Even other state-owned refiners such as HPCL, BPCL and IOC, although will gain from the rising refining margins, may end up bearing the brunt of rising crude prices either by way of a cut in marketing margins or a subsidy burden.

The insurance buy that gives Berkshire more access to float won’t make much sense in India, according to Parikh. “Here insurance companies can’t use float the way Buffett can. There are regulations that don’t allow it. We can’t translate that to India,” he said. The insurance regulator has placed limits on insurance companies’ investments in financial assets such as equity. Seventy percent of Berkshire’s portfolio is four stocks–Apple, Bank of America, American Express and Coca-Cola.

“Also, nobody can create wealth like he did with decency and fair play. There are very few capital allocators like that in India,” added Parikh.

Also read: An acquisition that takes Buffett back to his roots

Parikh has been to Berkshire meet a few times years ago. “At the meet, one of the attendees asked about a company Berkshire had invested in, which was said to have displaced an indigenous group. The question was long, maybe 10-minutes long, but Buffett listened patiently to the whole thing. He could have gotten irritated and cut him short but he didn’t. In the end, Buffett said that the matter was not in his hands and that his hands are tied,” said Parikh.

Coming back to insurance, Buffett’s bet on Alleghany is chiefly to exploit its float and tilt its investment profile–which is heavily tilted towards debt–to equities to bolster overall return on investment significantly, experts feel.

Though this unique proposition may not be available for retail investors in India, both general and life insurance businesses in India hold potential for long-term growth.

Pankaj Tibrewal, executive vice-president and fund manager-equity at Kotak Mahindra Mutual Fund, said, “In insurance, the runway for growth is very long. The existing franchise that have established their presence should do well. There is slim chance of disruption on the product side; only delivery could be digital.”

The local insurance companies such as ICICI Lombard can be good, long-term bets on the rising insurance penetration in the country. In companies that offer specialised products there are opportunities too, like Star Health Insurance.

Buffett’s bet on HP is speculated to be a play on companies that do share buybacks. “Buyback is a good screen to have but we need to know the reason behind it, if it makes sound economic sense,” said Parikh.

For example, if a company is buying back shares to make its earnings per share (EPS) look better by simply reducing the free float and not by improving the underlying business, then the buyback is a poor indicator of value in the company. Instead, if the company is doing well and uses its money to reinvest in itself through share buybacks, then it can be a good sign.

Home-building to pick up

In India, a new real-estate cycle is just beginning, according to Tibrewal. “Every eight to nine years, the cycle turns. The inventory is at an eight-year low, with capital-stressed developers selling down properties to generate cash flow. With cash flows in place, the second phase of the cycle will commence with new launches. You will see them in the next six to eight months from reputed builders. The third phase will be price uptick, which is already happening in pockets and in the third phase it will happen across the board. Therefore, entire industries associated with the real-estate sector will do well.”

So just as Buffett has bought into home-building companies, Indian investors could find opportunities in market leaders with strong moats in distribution and branding, and healthy balance sheets and cash flows.

“Home-building as a category is decent,” said Tibrewal. “There will be some near-term pain with input-cost concerns and margin pressures. But, in the medium-term, the underlying theme is good and there is demand momentum so the margin pressure will ease.” Valuations for home-building companies aren’t cheap, ranging between 25x to 40x. But they may be worth buying on dips.

The strongest message from the Oracle of Omaha, however, continues to be a preference for cash. That dry powder, as we have seen in the past when markets have been elevated, can give one the opportunity to seize stocks when the market turns and the Street is gripped with fear.