What is coronavirus: All you need to know about new SARS-like China virus

China has so far reported nine deaths from the new virus.

A mysterious SARS-like virus has spread across China and reached other countries including the United States, Japan, South Korea and Thailand.

The new coronavirus strain, first discovered in the central city of Wuhan, has caused alarm because of its connection to Severe Acute Respiratory Syndrome (SARS), which killed nearly 650 people across mainland China and Hong Kong in 2002-2003.

A third person was confirmed to have died on January 20 and 136 new cases were found over the weekend in Wuhan, the local health commission reportedly said, taking the total number of people to have been diagnosed with the virus in China to 440.

So, what is coronavirus?

Seven different coronaviruses, that scientists know of, can infect people and make them sick, according to the US Centers for Disease Control and Prevention (CDC). In rare cases, they are zoonotic, meaning they can be transmitted from animals to humans.

However, the virus causing the current outbreak is different from those previously identified, according to Chinese scientists.

How did it begin?

In China’s Wuhan, the outbreak of the virus has been linked to a large seafood and animal market, suggesting a possible zoonotic origin to the outbreak. But, Zhong Nanshan, a renowned scientist at the National Health Commission who helped expose the scale of the SARS outbreak, said patients could contract the new virus without having visited the city.

"Currently, it can be said it is affirmative that there is the phenomenon of human-to-human transmission," he said in an interview with CCTV. In Guangdong, two patients were infected by family members who visited Wuhan, Zhong explained.

How dangerous is it?

A Chinese government expert has said that the virus was contagious between humans, fuelling fears of a major outbreak as millions of Chinese travel for the Lunar New Year holiday in humanity's biggest migration.

The countries have gone on alert in the backdrop of Chinese travelling for Lunar New Year. Authorities in Thailand and in Japan have already identified at least three cases, all involving recent travel from China. South Korea reported its first case on January 20, when a 35-year-old Chinese woman from Wuhan tested positive for the new coronavirus one day after arriving at Seoul's Incheon airport.

China has so far reported nine deaths from the new virus.

Initial symptoms of the novel (new) coronavirus include fever, cough, tightness of the chest and shortness of breath. For those with a weakened immune system, the elderly and the very young, there's a chance the virus could cause a lower, and much more serious, respiratory tract illness like pneumonia or bronchitis, says CDC. 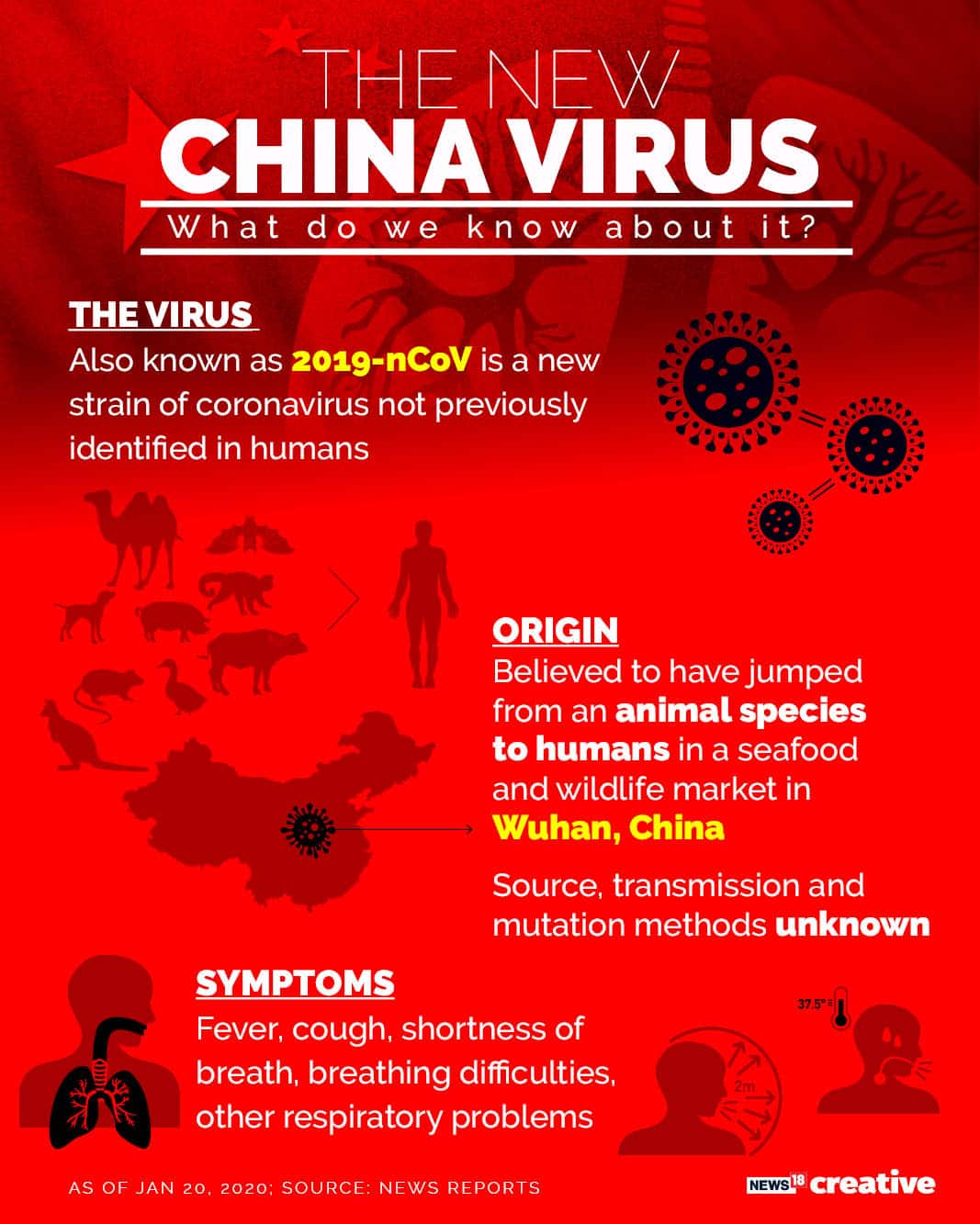 There are currently no vaccines available to protect one against human coronavirus infection or treatments for illnesses caused by it, says CDC.

Most people with common human coronavirus illness will recover on their own.

Taking doctor’s prescribed medication for pain and fever, drinking plenty of fluids, getting rest and sleep as much as possible, will help to relieve the symptoms, experts say at CDCP.

What is China doing about it?

China, in the past, has made major breakthroughs in responding to infectious diseases including establishing a system for the early detection of 300 known pathogens and the screening, identifying and detection of unknown pathogens, the Ministry of Science and Technology has said highlighting China's ability to cope up with the new virus.

China has also set up the world's largest network of laboratory for pathogen spectrum monitoring of infectious disease symptoms, including 12 core labs, 91 provincial-level key labs and 800 hospital labs, focusing on detecting the cause of illness of the respiratory tract, diarrhoea, fever with a rash, fever and bleeding, encephalitis meningitis, the ministry has said.

Chinese President Xi Jinping has ordered resolute efforts to curb the spread of a new coronavirus. He has asked the health officials to take effective measures to stop the spread of the virus, find out its origins and how it has been spreading, official media reported.

How is India preparing against the virus?

In the wake of the virus outbreak in China, the health ministry has sought from the Ministry of External Affairs details of those who have applied for an Indian visa since December 31 so that they can be counselled.

The MEA has also been requested to disseminate travel advisory to Indian Embassies in China and adjoining countries in local languages for wider circulation and passenger information, the health ministry said in a statement.

The Union health secretary has also written to states and Union Territories to review their preparedness, identify gaps and strengthen core capacities in the area of surveillance, laboratory support and in particular, hospital preparedness in terms of isolation and ventilator management of patients with severe respiratory illness.