From beach shacks to Delhi-Mumbai restaurants: How Goa's culinary landscape is changing

People from Mumbai, Delhi and other major cities made Goa their home during the pandemic months. Restaurants from these cities followed, setting up their Goa outposts in double-quick time.

Azure Hospitality entered Goa with Mamagoto (above) and Sly Granny, and will be opening four more restaurants this year.

Tourists flocking to Goa, people relocating here, ease of doing business and lower taxes. Lower rents compared with Mumbai and Delhi (which have some of the most expensive real estate in the world) and larger spaces, too, sweeten the deal.

The result: restaurateurs are placing their bets here and considering Goa as an option for a second or third outpost.

Aman Anand, director, Kickstart Entertainment & INCA, explains: “The food landscape in Goa has exploded. The selection of expertise coming to Goa is the talk of the country. Every brand wants a piece of the cake or curry. Investors have come from all over to buy land, because it is the quickest and easiest getaway in India. Restaurateurs, too, are finding the gap in the market and filling it. Gourmands love their Goan fix maybe once or twice, but want to experiment with newer places and cuisines.” 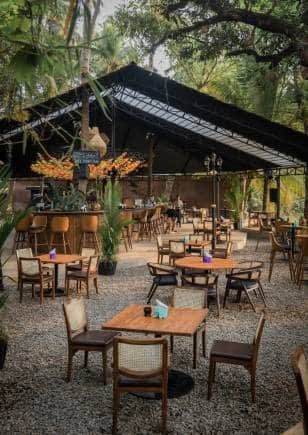 Years ago, while beach shacks and fish-curry-rice joints abounded in Goa, the state was never really known for fine-dining. People mostly came to enjoy the susegad vibe and drink beer on the beaches.

Karan Khilnani, founder, Elephant & Co, Pune, who has recently entered Goa, says: “Goa is not about prawn curry-rice anymore. You have the best of everything and every cuisine is available. Restaurateurs are hiring good consultants and putting their best foot forward to enhance the dining and nightlife experience. It is a competitive market...”

The pandemic has obviously been instrumental in changing the scenario. As Goa was liberal with visitors, many came for a break, but soon embraced the joie de vivre this state offers and made Goa their home. With the growing population and changing demographics, there is a surge in demand for restaurants.

According to Chef Nooresha Kably, Izumi, the pandemic accelerated the growth and Goa became home to many new residents, thus increasing the need for restaurants. “We, four partners love Goa, so decided to combine work and pleasure. We wanted to open another Izumi, not too far from home, so Goa naturally became our first choice.” 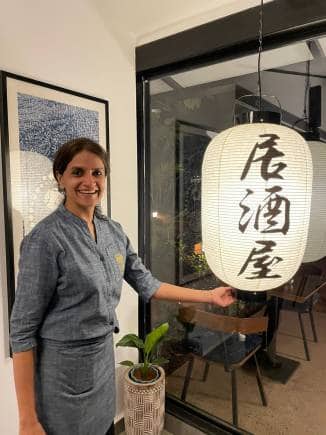 Aishwarya Kolla, co-founder, Autumn Leaf Bistro, Goa, says: “The advancement in the hospitality industry in Goa is more of an afterthought to meet the demands and the opportunity, due to the increased influx of settlers and tourists.”

The last year-and-a-half has witnessed many restaurants entering Goa. After making a mark in Delhi, Rakshay Dhariwal's Pass Code Hospitality was an early entrant with Jamun Goa.

Kofuku, too opened, as “the timing was right”.

Kolla avers, “As Autumn Leaf Cafe, reached the five-year milestone in Hyderabad, we were looking to expand to various cities. Admittedly, the onset and aftermath of the pandemic catapulted us towards our dream of entering Goa sooner than we expected. The shift in domestic tourism was favourable for making our choice.”

The pandemic, however, was not the only driving force. The experimental nature of gourmands in Goa, relaxed business rules and the supportive government policies, too, played a vital role in bringing these businesses to Goa.

Kabir Suri, co-founder and director, Azure Hospitality, adds: “Almost 49 new restaurants opened in the last two quarters and many more are in the pipeline. Goa has seen an increase in domestic tourism and local disposable income. The market is experimental and the setup and operational costs, far lower than many other cities. The government is also supportive towards tourism and nightlife. We, too, entered Goa with Mamagoto and Sly Granny and will be opening four more restaurants – two this quarter and two in the third quarter.”

Hoping to catch the growing wave, well-known restaurants are making a beeline for Goa. However, for son of the soil Meldan D’Cunha of Soul Fry, the reason is different. “Soul Fry Mumbai is so popular that the Facebook-live events during the pandemic earned me many new Goan friends, and I decided to open a second outpost in Baga, Goa, as I want to retire here.”