Around Mattancherry in a ‘tuk-tuk’

A locality in Kochi, with a unique landscape comprising different communities, Mattancherry has historical links to the Portuguese, Jews and the Dutch and to the famed spice trade.

On a recent trip to Fort Kochi, I stayed at the charming Brunton Boatyard, a CGH Earth property built on a former shipyard site. While the property itself has several historical references in terms of photographs and artefacts, it was a "tuk tuk" tour that I took to explore Mattancherry with a hotel staff that really made this a worthwhile trip. Mattancherry (cherry means street in Malayalam) has a history that has Arabian, African, European, especially Portuguese, Jewish and Dutch, influences and is home to palaces, forts and more that define the architecture of the place. Naturally there are several remnants of the past that are a delight to discover. The sepia-tinted locale has culture, history and tradition wrapped together, delightfully. Here is a photo essay for you to turn back time:

The Dutch Palace is now the Mattancherry Palace Museum and dates to 1555 AD. One of the oldest buildings built in Portuguese style here, the place was a seat of the Royal House. After being repaired by the Dutch around 1665 AD it became the Dutch Palace. The two-storeyed building is known for the famed mural paintings, oil portraits of the kings of Cochin, textiles, weapons, carpets and more. The Police Museum located in a building with traditional Kerala architecture, has a motley display of weapons, police uniforms, and arms. Walking through the modest space you can learn about the history of the Kerala Police Force since the Travancore era (1729-1949). It is also home to a cell that addresses tourist grievances.

The 454-year-old Synagogue is the oldest in the Commonwealth region dating to 1568 and follows Sephardic traditions. The main prayer hall has two brass pillars like the one in the Temples of Solomon and Torah scrolls in silver cases topped with gold crowns. Do not miss the Belgian silver chandeliers on the ceiling and hand painted blue porcelain tiles from China on the floor. 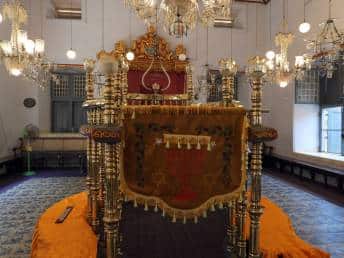 If you are looking for retail therapy, Jew Town is the answer. The narrow lanes are lined with shops selling antiques, spices, clothes and more. Remember to bargain before you loosen your purse strings. The place is also dotted with quaint cafés and eateries, so your tummy is happy too. 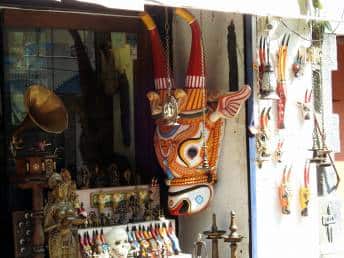 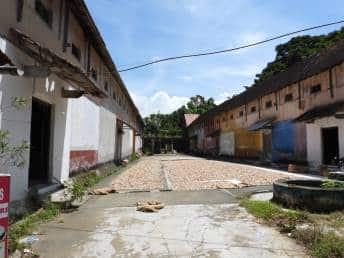 Located on Bazar Road, the OED Gallery, once a colonial Portuguese space, has two halls as well as a store and is set amid lush greenery. The space is meant to encourage contemporary artists and showcases several Kerala-based artists like Rajan Krishnan, Baiju Parthan and Hima Hariharan, among others. Look out for their regular exhibitions. 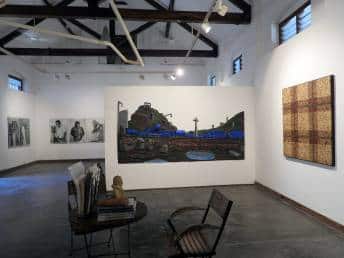