Access insightful & curated financial content with Moneycontrol PRO at just Re. 1/- per day. Use code PRO365.
you are here: HomeNewsTrendsLifestyle

How to recreate looks from your favourite series, from 'Suits' to 'Succession'

How to dress like Harvey Specter ('Suits'), and what to wear to embody Siobhan Roy's ('Succession') go-getter businesswoman look.

Many of us gave in to the temptation of binge-watching over the last year, as avenues for going out shrank drastically. And even though we may have watched some of our favourite shows in our pajamas, hardly conscious of how we looked, some looks in the shows themselves made us stand up and take notice - perhaps even take a few notes.

Chances are, the fashion sensibilities of some of your favourite characters have grown on you too. Be it the casual boy-next-door look; a fashionista air; a grungy, rugged style; or classic and suave.

Raising a toast to the style legacy of dramas on the small screen, we have curated some looks by desi fashion labels, based on characters from some of the most popular OTT shows in recent times.

Siobhan Roy is the youngest child and only daughter of the Roy family. She aims to take control of her father’s media and entertainment conglomerate, is an independent and ambitious woman who possesses natural leadership skills, and aims to redeem her talent in the political world.

Recreated look: Designer Devina Juneja’s two-piece, leather-based attire captures the character’s go-getter spirit and business-woman vibe, with its prêt sensibilities embedded its classic presentation. The leather details on the sleeves add a rather contemporary touch to the ensemble’s minimalistic appeal. NEVER HAVE I EVER

Paxton Hall-Yoshida (Darren Barnet) is a high-school kid who has it all – style, good looks, love and fame - in Mindy Kaling and Lang Fisher's acclaimed coming-of-age comedy-drama series Never Have I Ever. The show, starring Barnet and Maitreyi Ramakrishnan, has been lauded for breaking Asian stereotypes. It is about an Indian-American high-school student dealing with the death of her father. It has ample school romance, teen drama, and casual flings thrown in. Never Have I Ever, set in Sherman Oaks High School, is pure fun and light-heartedness. 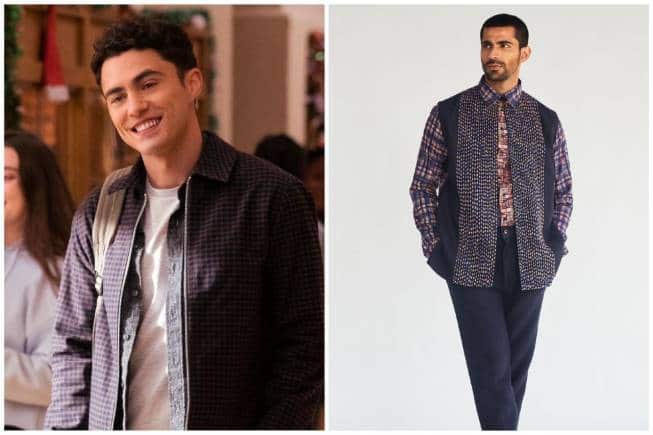 Living in New York City, Suton Brady is a hard-working, career-driven woman working in the fashion department of a magazine. She is unapologetic about doing whatever it takes to pursue her passion and live her dream. Her love life goes through several highs and lows before she marries the man of her choice.

Recreated look: Fun, fancy and fashionable, the ensemble recreated by Devina Juneja encapsulates Suton Brady’s style and vibe. The style, symmetry and the fabric are an amalgamation of plain and plush, to lend a well-defined character to the outfit, akin to the one embodied by Suton Brady’s clothing in The Bold Type. Leader of the OMG girlz' group, Mia King (in blue) is a Britney Spears-loving, manipulative, mean girl who resorts to plotting and scheming to grow closer to the film’s main lead, Noah, by pretending to like someone else.

Recreated: Mia is a teen fashionista with an attitude. The two-piece bikini by Flirtatious embodies all the oomph and sizzle to reflect Mia’s chic, sassy and I-don’t-care-about-anyone vibe. The recreated look is an ode to Mia’s high school, urbane style with a twist. TO ALL THE BOYS I'VE LOVED BEFORE

Lara Jean is a half-white, half-Korean high-school teenager who is sweet, shy and awkward. She shares a strong bond with her family, mainly her sisters, and displays a strong liking for baking, fashion and crafting.

Recreated look: Lara Jean’s cute, soft and trendsetting fashion sense, with hints of her Korean culture, has been recreated by House of Fett with just the right elements. The statement red dress is super cool and dressy with a vintage vibe. Just like the original outfit, it is a fine blend of soft and sexy, which is an ode to Lara Jean’s style. Debuting in 2011, Suits, an American legal drama series, went on for nine years. It focuses on a genius college dropout, Mike Ross, who is hired to work as an associate with New York City’s best lawyer, Harvey Specter. The series revolves around the relationships between the lawyers at a top New York law firm and the numerous, high-profile cases solved by the duo, all the while maintaining a big secret.

One of the most celebrated characters in the history of American television, Harvey Specter is an epitome of style and substance. 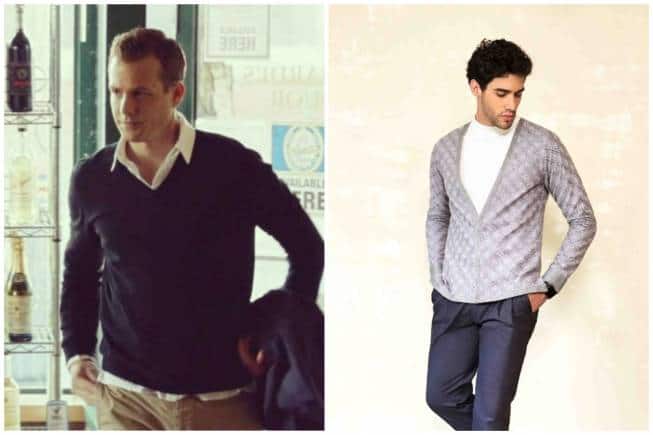 This Spanish crime drama chronicles the journey of an unusual group of robbers, as they carry out the most perfect robbery in the history of Spain. Álvaro Morte plays Sergio Marquina, the central character of The Professor who is the leader and assembles the entire team of skilled robbers. He organises the twin heists at the Bank of Spain and at the Royal Mint. The Professor is a workaholic who comes across as being enigmatic, sophisticated and nerdy.

Recreated look: Much like the Professor’s style and character, the outfit by Kunal Anil Tanna has a classic and polished vibe. Be it the flowing fabric, unconventional cuts, or the details on the overcoat, it is hard to not envision The Professor aka Marquina rocking the recreated version of his look. 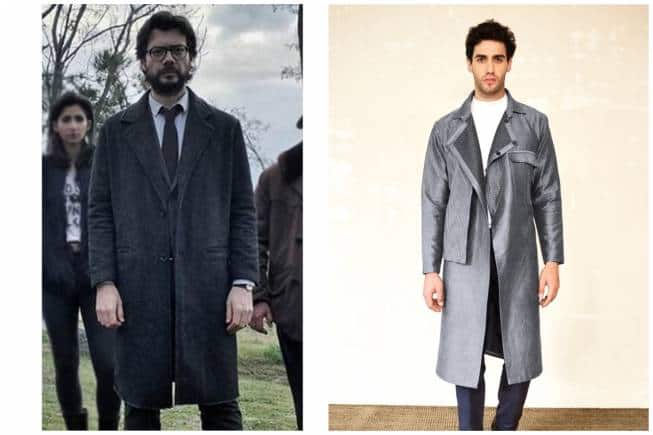