Exclusive Webinar :Don't miss the latest webinar on Global Investing with Passive Products on June 22, 11am
you are here: HomeNewsTrendsHealth

You don't have a male or female brain – the more brains scientists study, the weaker the evidence for sex differences

30 years of research has confirmed that apart from a small difference in size (roughly 11%), there's no difference between the brains of men and women.

Everyone knows the difference between male and female brains. One is chatty and a little nervous, but never forgets and takes good care of others. The other is calmer, albeit more impulsive, but can tune out gossip to get the job done.

These are stereotypes, of course, but they hold surprising sway over the way actual brain science is designed and interpreted. Since the dawn of MRI, neuroscientists have worked ceaselessly to find differences between men’s and women’s brains. This research attracts lots of attention because it’s just so easy to try to link any particular brain finding to some gender difference in behaviour.

But as a neuroscientist long experienced in the field, I recently completed a painstaking analysis of 30 years of research on human brain sex differences. And what I found, with the help of excellent collaborators, is that virtually none of these claims has proven reliable.

Except for the simple difference in size, there are no meaningful differences between men’s and women’s brain structure or activity that hold up across diverse populations. Nor do any of the alleged brain differences actually explain the familiar but modest differences in personality and abilities between men and women.

More alike than not

My colleagues and I titled our study “Dump the Dimorphism” to debunk the idea that human brains are “sexually dimorphic”. That’s a very science-y term biologists use to describe a structure that comes in two distinct forms in males and females, such as antlers on deer or the genitalia of men and women.

When it comes to the brain, some animals do indeed exhibit sexual dimorphism, such as certain birds whose brains contain a song-control nucleus that is six times larger in males and is responsible for male-only courtship singing. But as we demonstrate in our exhaustive survey, nothing in human brains comes remotely close to this.

Yes, men’s overall brain size is about 11% bigger than women’s, but unlike some songbirds, no specific brain areas are disproportionately larger in men or women. Brain size is proportional to body size, and the brain difference between sexes is actually smaller than other internal organs, such as the heart, lungs and kidneys, which range from 17% to 25% larger in men.

When overall size is properly controlled, no individual brain region varies by more than about 1% between men and women, and even these tiny differences are not found consistently across geographically or ethnically diverse populations.

The ratio of gray matter to white matter and the ratio of connections between, versus within, the two hemispheres of the brain are both functions of brain size rather than gender.

Other highly touted brain sex differences are also a product of size, not sex. These include the ratio of gray matter to white matter and the ratio of connections between, versus within, the two hemispheres of the brain. Both of these ratios are larger in people with smaller brains, whether male or female.

What’s more, recent research has utterly rejected the idea that the tiny difference in connectivity between left and right hemispheres actually explains any behavioral difference between men and women.

Still, “sexual dimorphism” won’t die. It’s a zombie concept, with the latest revival using artificial intelligence to predict whether a given brain scan comes from a man or woman.

Computers can do this with 80% to 90% accuracy except, once again, this accuracy falls to 60% (or not much better than a coin flip) when you properly control for head size. More troublesome is that these algorithms don’t translate across populations, such as European versus Chinese. Such inconsistency shows there are no universal features that discriminate male and female brains in humans – unlike those deer antlers. 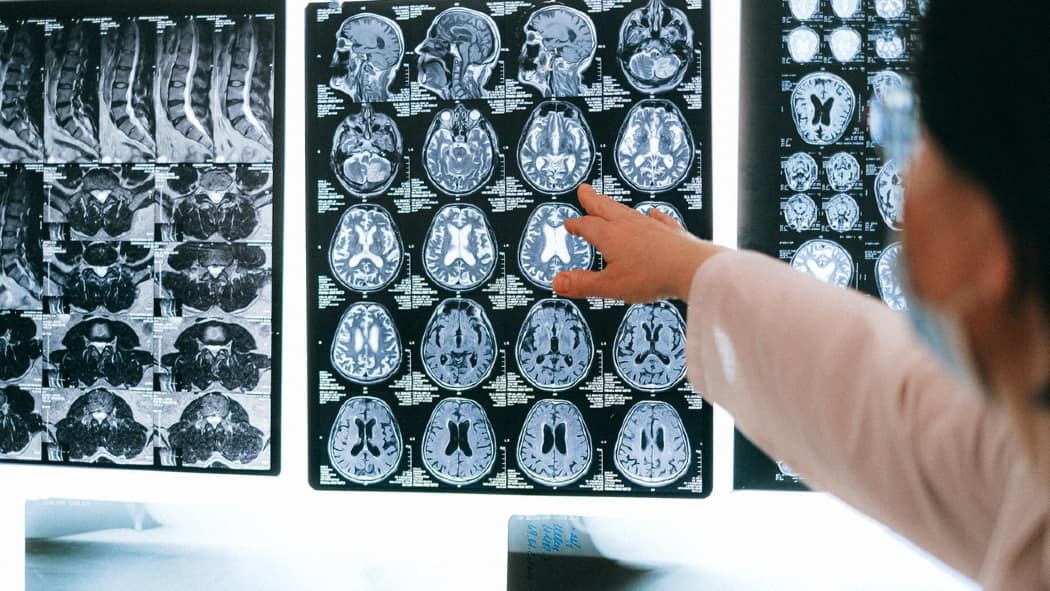 Human brain structure is the same in males and females.

This collapse is a telltale sign of a problem known as publication bias. Small, early studies which found a significant sex difference were likelier to get published than research finding no male-female brain difference.

We must be doing something right, because our challenge to the dogma of brain sex has received pushback from both ends of the academic spectrum. Some have labelled us as science “deniers” and deride us for political correctness. On the other extreme, we are dismissed by women’s health advocates, who believe research has overlooked women’s brains – and that neuroscientists should intensify our search for sex differences to better treat female-dominant disorders, such as depression and Alzheimer’s disease.

But there’s no denying the decades of actual data, which show that brain sex differences are tiny and swamped by the much greater variance in individuals’ brain measures across the population. And the same is true for most behavioral measures.

About a decade ago, teachers were urged to separate boys and girls for math and English classes based on the sexes’ alleged learning differences. Fortunately, many refused, arguing the range of ability is always much greater among boys or among girls than between each gender as a group.

In other words, sex is a very imprecise indicator of what kind of brain a person will have. Another way to think about it is every individual brain is a mosaic of circuits that control the many dimensions of masculinity and femininity, such as emotional expressiveness, interpersonal style, verbal and analytic reasoning, sexuality and gender identity itself.

Or, to use a computer analogy, gendered behaviour comes from running different software on the same basic hardware.

The absence of binary brain sex features also resonates with the increasing numbers of people who identify as nonbinary, queer, nonconforming or transgender. Whatever influence biological sex exerts directly on human brain circuitry is clearly not sufficient to explain the multidimensional behaviours we lump under the complex phenomenon of gender.

Rather than “dimorphic,” the human brain is a sexually monomorphic organ – much more like the heart, kidneys and lungs. As you may have noticed, these can be transplanted between women and men with great success.

By Lise Eliot, Professor of Neuroscience at the Rosalind Franklin University of Medicine and Science.