“Women in AI today is a bit like women in engineering in the early ’90s”: Spriha Biswas

AI expert Spriha Biswas on the gender bias in algorithms, creating an inclusive space for women in tech startups, and her first encounter with coding.

Spriha Biswas was the first person from her hometown Jamshedpur to become a national topper in the ICSE class 10 board exams (the year was 2011 and she scored 98.8 percent). Ten years later, having completed her degree in metallurgical engineering and material sciences from IIT Bombay, she is among the very few women working in artificial intelligence (AI) in India and is already heading a product portfolio.

As the young chief product officer of Augnito, an AI-based speech-to-text tool to help doctors maintain accurate medical records in a much faster and efficient manner, Spriha’s area of expertise is ‘human factors in AI’ or ‘human-centric thinking in AI’.

She talks to us about the challenges women face in her field, and how AI can be made more gender-neutral.

As one of the very few women in AI in India, what are some of the challenges you have had to face in your profession due to your gender?

I think fundamentally gender-based challenges for women in tech are very systemic. It starts from the time you are a child. Boys and girls are raised differently, end up getting unequal opportunities and as a society we are still far from having a level-playing field for all genders.

From my personal experience, I have seen that the biggest challenge is not that there is any obvious gender discrimination but the fact that you are a minority in terms of numbers. Right from school to college and at work, you do not have a peer to learn from or share your ideas with unlike your male colleagues.

I am not a shy person, but it is still not natural for me to hang out in a group of only boys. So you start missing out on building networks and support systems.

Women do not have enough mentors or role models to look up to who have been through similar journeys. Years of conditioning also leads to more women having the imposter syndrome than men.

With evidence of gender bias and inequalities in AI algorithms and search functionalities as well as sexist stereotypes being reinforced in Siri/Alexa and so on, how do you feel AI can be made more gender-neutral overall?

Any deep learning model for AI learns from past and present data generated by humans, and we are biased creatures. We have taken hundreds of years to recognise and acknowledge the fact that we have a gender bias. AI is going to learn those biases and propagate them faster.

Technology companies should invest in preprocessing of data and incorporate metrics to judge fairness of the model’s output, especially when you are dealing with sensitive attributes like gender, race and sexual orientation.

You could have a diverse team of human annotators testing and providing feedback to the model’s output to also course-correct any bias. Generally, it helps to have a team with diverse backgrounds such as gender, race, age, culture and experience to curate these data sets, to ensure that you are thinking through whether the data accurately represents the expected scenario.

There have been some reports in the US that suggest that artificial intelligence, and in particular face-reading technology, disproportionately stigmatises black persons and throws out inaccurate results. Is there a way to possibly avoid this in India where the population is diverse in many ways?

Again, this problem can be avoided by intentionally curating a training data set that has equal representation of a diverse set of attributes. There is no quick-fix solution and companies across the world are still trying to find an elegant solution to prevent biases in AI.

What do you feel about the future of women in the field of AI? Do you feel it is a trend that is growing over time?

Women in AI today is a bit like women in engineering in the early ’90s. It’s an advanced field in technology and like any STEM field, it is still male-dominated. According to an article from Deloitte, a 2020 World Economic Forum report found that women make up only 26 percent of data and AI positions in the workforce, while the Stanford Institute for Human-Centered AI’s 2021 AI Index Report found that women make up just 16 percent of tenure-track faculty focused on AI globally.

This is far from ideal but we are sure catching up. AI is becoming ubiquitous and more mainstream. Nine out of 10 leading businesses today use AI for some part of their operations. We have quite a few women in AI leading the charge. So, I am very optimistic of the role of women in this field in the next few years. 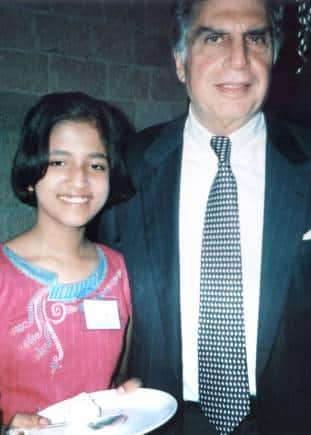 How can startups encourage a more inclusive culture for women?

I like the fact you said inclusive and not gender-neutral because we actually need to acknowledge gender differences to solve this problem.

The most important thing a startup can do is to bring gender diversity in the leadership team. It makes a lot of difference in how culture is shaped, the policies you make and it ignites hope in other women who have similar aspirations but otherwise struggle to find their place in a male-dominated industry.

Inclusivity in culture starts with little things. I remember very early on, when we were deciding Augnito’s tone, the agency asked, “Do you want Augnito to be masculine or feminine?” and we were like, “Why does intelligence have to be associated with any gender? Why can’t it be androgynous?” And we made sure that Augnito is gender-neutral. It’s those little things which make a difference.

I am in a lot of meetings where men are vocal and have no problem debating over ideas, while women in the team do not speak up even if they have good ideas because they are not used to being loud and assertive. As leaders, we need be sensitive to these differences, guide our teams to build environments that support diversity and nudge women to be assertive without necessarily being loud.

The advantage that a startup has is that you are starting fresh, so you can build inclusivity at the core of your brand DNA.

Is there a way to encourage more women to adopt careers in engineering and particular computer sciences like AI, blockchain technology, and so on?

I think first and foremost we need to stop making AI sound like this elusive, complicated and intimidating piece of technology. It is just another emerging field of technology and it is no different from any other tech trend we have seen in the past – internet, cloud computing, and many others. And since this is a new field, it is ripe for anyone to come and grab the opportunity to build and shape it.

Men don’t have all the answers either, so their expertise is as good as women's. There is a dire need to have diversity in the teams building AI, because it is supposed to model and augment human intelligence, so companies are also open to more opportunities for women in this field.

We need to acknowledge that women are still a minority here, so we certainly need to go an extra mile to encourage more women to stop doubting themselves and go for it, provide them mentorship through programmes like GirlsWhoCode and other such initiatives.

We must also popularise female role models in AI companies so that more women are able to imagine themselves playing that role in future and find the prospect less intimidating.