Why we've been craving Maggi during the pandemic

It may not have the kind of monopoly it once did, yet for millions of Indians today Maggi is a reminder of their growing up years, a staple from when life was simpler.

The moment Prime Minister Narendra Modi announced a 21-day nationwide lockdown on March 24, 2020, Kejal Mehta, like several other Indians, rushed out of her home in Mumbai to the nearest grocery store to stock up. Among the many things she bought that evening were Maggi packets, a few dozen of them.

Mehta lives alone and relies on her visiting cook to prepare meals. When the lockdown was announced, she figured she’d be the one cooking and stocked up on ready-to-cook meals. Maggi, however, ended up being her go-to meal on most days.

To be sure, Maggi is often used interchangeably with instant noodles in India - it is among the oldest and most widely used brand of instant noodles in the country. And like all instant noodle brands, Maggi is convenient to make – boil water, add the masala, toss in the noodles and you’re done. If you’re feeling inspired, maybe throw in a few veggies or green chillies and a dollop of butter.

So, it was no surprise then that Maggi noodles flew off the shelves in a matter of days after the lockdown began. At a time when most companies struggled to cope with the disruption caused by Covid-19, Nestle India posted strong sales in Q1 of 2020, thanks to products such as Maggi, Kitkat, and Munch.

Barely days into the pandemic, Maggi’s stocks ran out and the noodles brand remained unavailable for a short while. Other brands such as Sunfeast, Top Ramen, Koka, and Wai Wai made the most of this short window, but as soon as Maggi came back on the shelves, people like Mehta quickly switched back. It’s the kind of loyalty that brands spend millions trying to cultivate.

Launched in 1982 in India, the instant noodle brand was a runaway success with the '80s kids and its popularity only grew with successive generations. “It cost Rs 2 when it was launched,” recollects food historian Dr Kurush Dalal. “There were three flavours: chicken, vegetable, and masala, of which the last one endured because of its unique flavour.”

Dr Dalal suggests that one of the big reasons behind Maggi’s early popularity in the '80s and '90s was its versatility. You could crush it, add the masala to it and eat it uncooked as chakna with your beer. Or, with little effort – sometimes as little as adding leftover vegetables – have a full meal. “The other reason,” he adds, “was that it catered to the starch-friendly palette of the Indian society and the fact that it was convenient to make; so much so that for many Indians, it was the first ‘cooking’ experience.”

While Maggi’s winning combo did help it strike roots deep into a young market that was about to explode in the following decade thanks to the economic liberalisation, it also helped that for the longest time Maggi was the only instant noodles brand accessible to the masses.

It may not enjoy the kind of monopoly it once did – Maggi’s market share has dropped from 90% to 50-60% – yet, for millions of Indians today Maggi, is a reminder of their growing up years, a staple from when life was simpler. 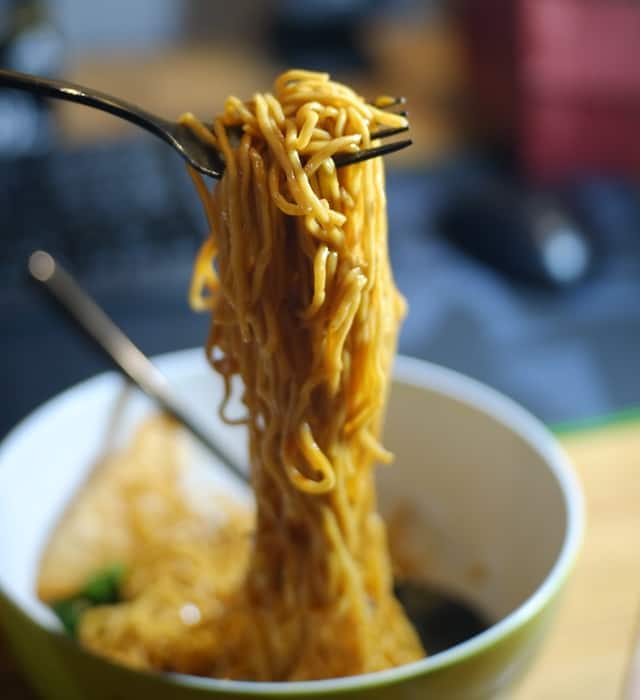 But what does nostalgia have to do with reaching out for a packet of Maggi during the pandemic? Mumbai-based psychotherapist Dr Hvovi Bhagwagar who has been flooded with thrice as many requests for appointments since the pandemic started, points out that food is an easy source of comfort during these distressing times.

She explains, “The amygdala is the part of our brain that’s responsible for fight-flight-freeze response. Whenever we experience stress, the amygdala goes into a state of alarm. Right next to the amygdala is the hippocampus, the part of our brain that stores all our memories. Whenever you smell, taste, touch, or see, anything, that information directly goes to the hippocampus. When we feel stress the amygdala sends out alarm signals and it makes us reach the deepest recesses of our memories to look for ways to calm down.

“Among the memories that are stored in the hippocampus are memories of how certain foods made you feel at a certain time of your life. These memories travel to your working memory that then tells us what food to pick up and eat. Foods like sugar, coffee, etc., offer a sense of well-being and help us de-stress. As do foods like Maggi, even Bourbon biscuits and chips, which contain carbs that release serotonin, the happy hormone, as well as the warm comfort of childhood memories.”

While nostalgia combined with convenience does work in Maggi’s favour with multiple generations – from millennials to older Gen Z – Maggi also does something else. “Unlike chips or other junk food, Maggi requires cooking,” Dr Bhagwagar explains. “It requires you to start the gas, boil water, maybe you add vegetables too. All of this doesn’t just give you the feeling that you’re eating something healthy but also a sense of accomplishment, ‘adulting’ if you may.”

This is reflected in Google’s search trends. Internet searches for Maggi recipes peaked in April 2020 – during the nationwide lockdown when it was difficult to Zomato or Swiggy your food home – and stayed there for a greater part of the month.

As it turns out, in a time when we’re surrounded by uncertainty and loss, the only thing constant in our lives happens to be a bright yellow packet of instant noodles whose familiarity enveloped us as in a cocoon of comfort.