Doctors and public-health activists from South Asia are calling for governments to address the social, economic and political inequities that the pandemic has highlighted in the region.

A recent webinar with physicians and public health activists emphasized the need for a cohesive response to the Covid-19 pandemic across borders, and to reduce inequalities in access to healthcare.

The pandemic has affected women and the marginalised communities the most – not only when it comes to battling the physical outbreak of Covid-19 and being left behind in the vaccine rollout, but also when it comes to the economic, mental health and social costs. This inequity is the key challenge that peacebuilders, physicians and public-health activists from across South Asia are now asking their governments to address, so that the lessons of the past year are not forgotten.

This issue, among others, was raised recently at a webinar ‘Neighbours in Peace and Health’ hosted by South Asia Peace Action Network (SAPAN), a coalition of individuals and organisations aiming to take forward a peace agenda for the region.

Bangladeshi activist and environmentalist Khushi Kabir kickstarted the event with an homage to peacebuilders and humanitarian icons who recently lost their lives in the pandemic, including India’s legendary runner Milkha Singh and his volleyball champion wife Nirmal Saini, who passed away within days of each other due to Covid.

Asserting that the people of South Asia have got accustomed to living in a state of “aggressive limbo” for decades, Pakistani artist and educator Salima Hashmi, daughter of the late poet and political activist Faiz Ahmed Faiz, said at the event, “We have come to believe that this (aggression) is the natural order of things, more so our younger generation who have known no other state of affairs. We need to convince them that it is peace that is the natural state of things and this state of ‘conflict’ is the aberration.”

One of the founder members of SAPAN, Hashmi said that people-to-people initiatives such as these “are among the simplest and most inspiring things we can do” towards the cause of peace.

Noted public-health activist from India Dr Vandana Prasad highlighted the gender dimension of the pandemic, adding that all issues being raised now during the tragic escalation of the second wave in India have been long-standing. 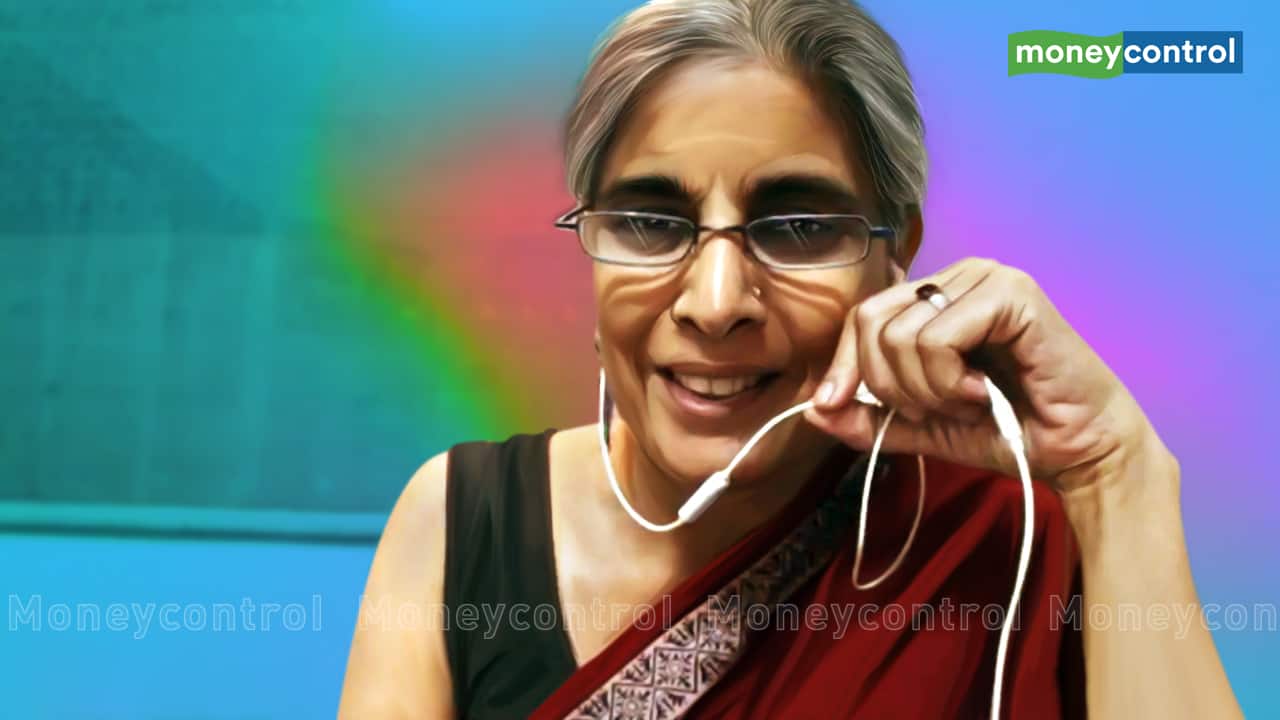 “Poverty and inequitable access to healthcare services by women and the marginalised have always been there for decades but now it is in our face. We need to reflect on why we never attended to these things for decades post-Independence, and what kind of power structures have maintained this kind of inequity that is now so very dramatic,” she said. “This degree of social injustice in health is unacceptable.”

Dr Prasad said that while the first lockdown in 2020 was disastrous on economies, the second wave was far worse not just because of the mutational nature of virus and crippled health services, but because India was inadequately prepared to avert it. In addition, women have had to face the brunt of increased domestic violence and care work at home with restricted resources during the various lockdowns.

“In our country, if you are poor, or if you live in a rural area, or work in the informal sector, or if you are a woman, chances are you would have been devastated by the pandemic,” she said, citing the rise in unemployment and food insecurity for these populations.

Dr Prasad, who is founder secretary and national convenor of the Public Health Resource Network, was also critical of the Indian government’s vaccine policy. “Very shockingly, analysis suggests that if you are in states that are not ruled by the party at the Centre, your access to vaccines is lower. This lack of attention to equity in the past, and the playing of politics and profiteering during the pandemic in the present, is really troubling. The impact is clear for all to see. We are told there were 4 lakh (Covid-related) deaths but we know the actual mortality is 10 times that,” she asserted.

Dr Zafrullah Chowdhury, renowned public health activist and Ramon Magsaysay awardee from Bangladesh, was clear that South Asian countries will have to unite if they want to beat Covid. “We are all one people,” said Dr Chowdhury, who formulated Bangladesh’s National Drug Policy in 1982.

He expressed disappointment that the governments of South Asian nations continue to follow restrictive visa regimes at the cost of medical collaboration and development of sustainable solutions to fighting Covid.

“India has refused me a visa for the past 15 years. Bangladesh does not allow visas to Pakistani [doctors]. It is very irrational,” he said.

Founder of the Gonoshasthaya Kendra, a rural healthcare system launched in 1972, Dr Chowdhury has championed the cause of training women as primary healthcare workers. “Everywhere in South Asia, we have the tradition of dais [midwives]. However, in the name of development, they are being neglected or ignored,” he said, comparing the dedication of rural healthcare volunteers with qualified doctors who may not have any personal commitment to the rural communities they work in. “Cohesiveness (between modern and traditional systems) is needed,” he averred.

Dr Anup Subedee, who studied medicine in China and the US and completed his fellowship in infectious diseases at Tulane University, Louisiana, before returning to Nepal, said the way Covid spread in his country was far worse than anticipated. “The pandemic has exposed so much of our systemic failures in so many aspects of our lives. Millions are back below the poverty line,” he said, adding that – like other South Asian nations – it is female health workers who have had to bear the brunt.

“We have a large volunteer health-worker workforce that played a significant role in whatever services could continue during lockdown but they were not prioritised during Nepal’s vaccination drive. Doctors and nurses in hospitals were given priority, and even now a majority of these volunteers are not vaccinated,” he informed, adding that these community workers do not get paid sick leave or paid quarantine leave when they contract Covid or have to care for a family member.

“In fact, during Covid, their salaries were slashed significantly. So, they were not only dealing with a higher threat of dying and lack of access to personal protection equipment (PPE), they also had to worry about loss of income, spreading the disease to their families, and not being able to care for patients adequately because of lack of resources,” he shared.

Dr Hamid Jafari, director of polio eradication at the World Health Organisation, and former principal deputy director of the Center for Global Health at the US Centers for Disease Control and Prevention, agreed that the pandemic has been a tremendous public-health challenge that has highlighted socio-economic disparity and inequity.

“The outbreak has had a devastating impact on lives and livelihoods of the underprivileged directly and indirectly due to their physical and economic vulnerabilities. There has to be a concerted effort by the public and private sector to invest more in public-health systems,” he asserted.

Sharing his learnings from the polio-eradication programme, he said that building resilience in the most vulnerable communities was of prime importance. “We have to mobilise them and organise them at the grassroot level. The polio-eradication frontline workers have been the first responders [in the Covid crisis] in India, Afghanistan and Pakistan. We even lost some of them, especially the ones doing contact tracing, surveillance and distributing PPEs,” he informed from his experience within the network.

“This is on the back of a pre-existing investment in the polio-eradication programme. We now need a holistic, across-the-board investment in a well-built public-health system that exists even after polio is eradicated,” Dr Jafari said.

SAPAN’s founder and curator, US-based journalist Beena Sarwar spoke of how her vision for the event was inspired by her own father, Dr Mohammad Sarwar, an activist in Pakistan’s student movement of the 1950s and a people’s doctor who served the poor for free. She also paid homage to Nobel Peace Laureate Dr Bernard Lown, cardiologist turned peace activist, who passed away in February this year.

She quoted Dr Lown’s book The Lost Art of Healing: Practicing Compassion in Medicine, as being linked to the event. “Medicine has become a corporation and an institution, but the physicians who are here today believe in Dr Lown’s philosophy,” she said.

The meeting took place at a time when South Asia is reeling from the devastating second wave of Covid-19 in India and Sri Lanka, and third waves in Bangladesh, Afghanistan, Pakistan and Nepal. With the Delta-plus virus mutation now detected in parts of the region, the possibility of another wave remains.

Doctors who spoke at the meeting called on governments to allow free flow of critical equipment and medical personnel across borders. In February this year, India’s prime minister Narendra Modi had floated the idea of SAARC medical visas for patients and for medical teams to assist during the pandemic, which is something all agreed needs to be followed up on. As Dr Chowdhary said, “We cannot go it alone.”
Aekta Kapoor is the founder of eShe magazine (@esheworld) and the peacebuilding initiative South Asia Union.
Tags: #Khushi Kabir #Salima Hashmi #SAPAN #South Asia Peace Action Network #South Asia Union
first published: Jul 8, 2021 10:55 am