As millions of Indians come online, we need more such startups that make it easier for them to harness the power of the internet.

Keyboard apps are also a rich source of data for artificial intelligence models.

Every few weeks, I go through the list of apps that are being downloaded the most on the Google Play Store. Most of the time, the list is predictable. There will be a few short video apps. Social media and instant messaging, sometimes a payments app or two. And casual games. If real money games were allowed on the Play Store, I bet they’d have been in the top list as well.

During one such exercise earlier this year, I discovered a company called Clusterdev Technologies. Turns out, they make keyboards for local languages. So I hit up the Play Store and found that they've been making keyboards for several Indian languages. Interestingly, they’ve had ratings of over 4.5 on the store. The reviews were also glowing.

Curious, I went to their website. I found a chatbot through which I wrote to the company and asked to get in touch with the founder. I was expecting a rather well funded big startup behind the keyboard apps. It turns out, it was a team of four 20-something-year-olds from Kerala, bootstrapping the startup to millions of users without all the hullabaloo that’s typically associated with startups these days.

Ajnas KT, Jazeem Basheer, Saneem Perinkadakkat and Arjun Sunil have been building the app quietly with a 15-member team that includes three interns. More than 10 million people use their keyboards every day. And the startup is adding 1.5 million new downloads every month.

“While we were students, we discovered that it was difficult to type in Malayalam. So we decided to build a keyboard,” Saneem, 28, told me over a video chat.

Saneem and his co-founders studied at the National Institute of Technology (NIT) Calicut between 2011 - 15, and then worked at different places before they regrouped to start the company in 2017. The idea now, Saneem says, is to build great keyboards for many more languages.

The beauty of this startup is that it is not one of those heavily funded companies that have thrown money at growing their user base. Most of their user acquisition is organic and product-led. Which means that the product is great, and gets discovered by end users on Play Store. It also gets word of mouth when one user quickly responds to another user in a local language.

Unfortunately, many of these startups never get talked about or feted in the press. But what the ecosystem needs is more of these startups that are not purely dependent on venture capital to build their business. Millions of users will not be hung out to dry because the company is sustainable even without external capital.

Third-party keyboard apps such as the ones made by Clusterdev Technologies fill an important gap in bridging the language barrier which many Indian users face while using the smartphones. A similar trend has played out in markets like China, where most small and medium business owners speak in Chinese. Millions of Indians who like to interact with each other, their customers and with their phones in their local language are coming online and keyboard apps have an opportunity to monetize by learning their intent and so on. They are also a rich source of data for artificial intelligence models.

As millions of Indians come online, we need more such startups that make it easier for them to harness the power of the internet. 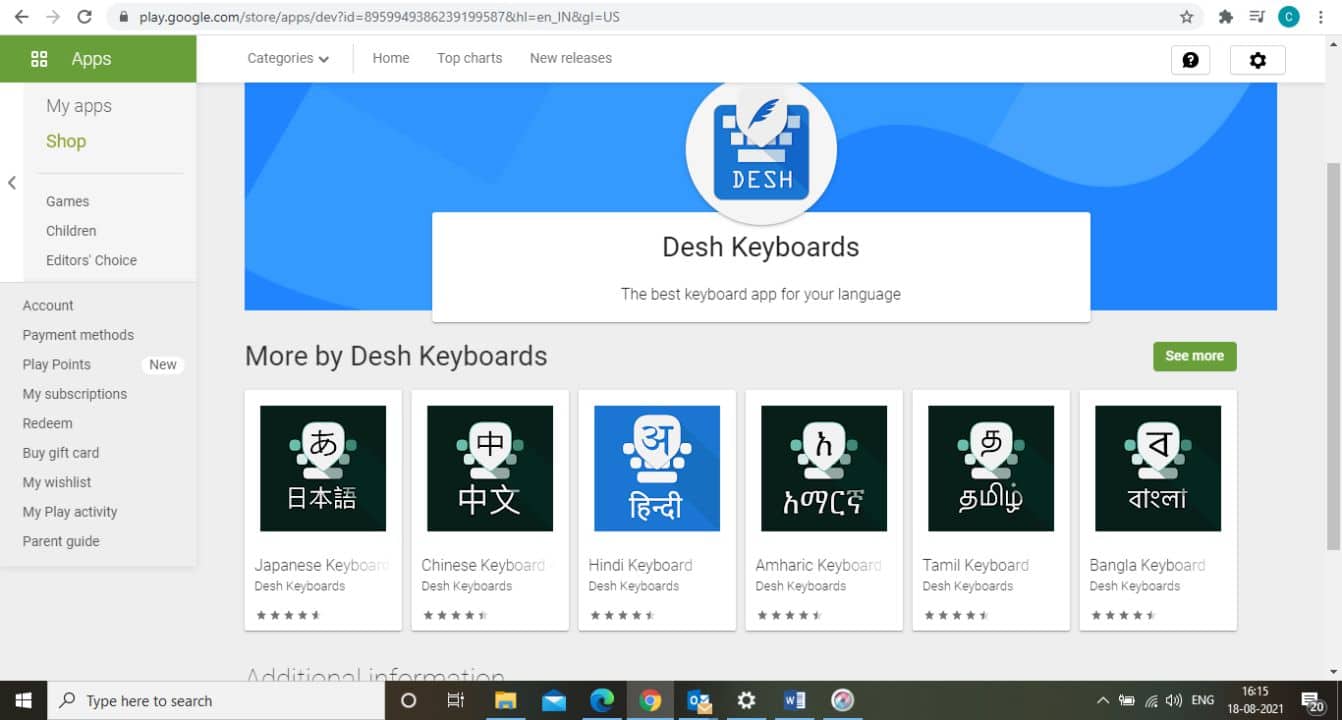