Vintage Cars for Dummies: How do you choose a great car, where can you buy one and other queries answered

Vintage cars are lucrative as investment. From Beetles to heritage Rolls Royce, a well-preserved heritage car is an object of beauty. Here is a guide for dummies with a love for the automotive heritage.

Why invest in a vintage car?

For one, because a well-preserved heritage car is an object of beauty. There is some sort of visceral appeal to uncomplicated engines and the work you put in to bring them back to life. 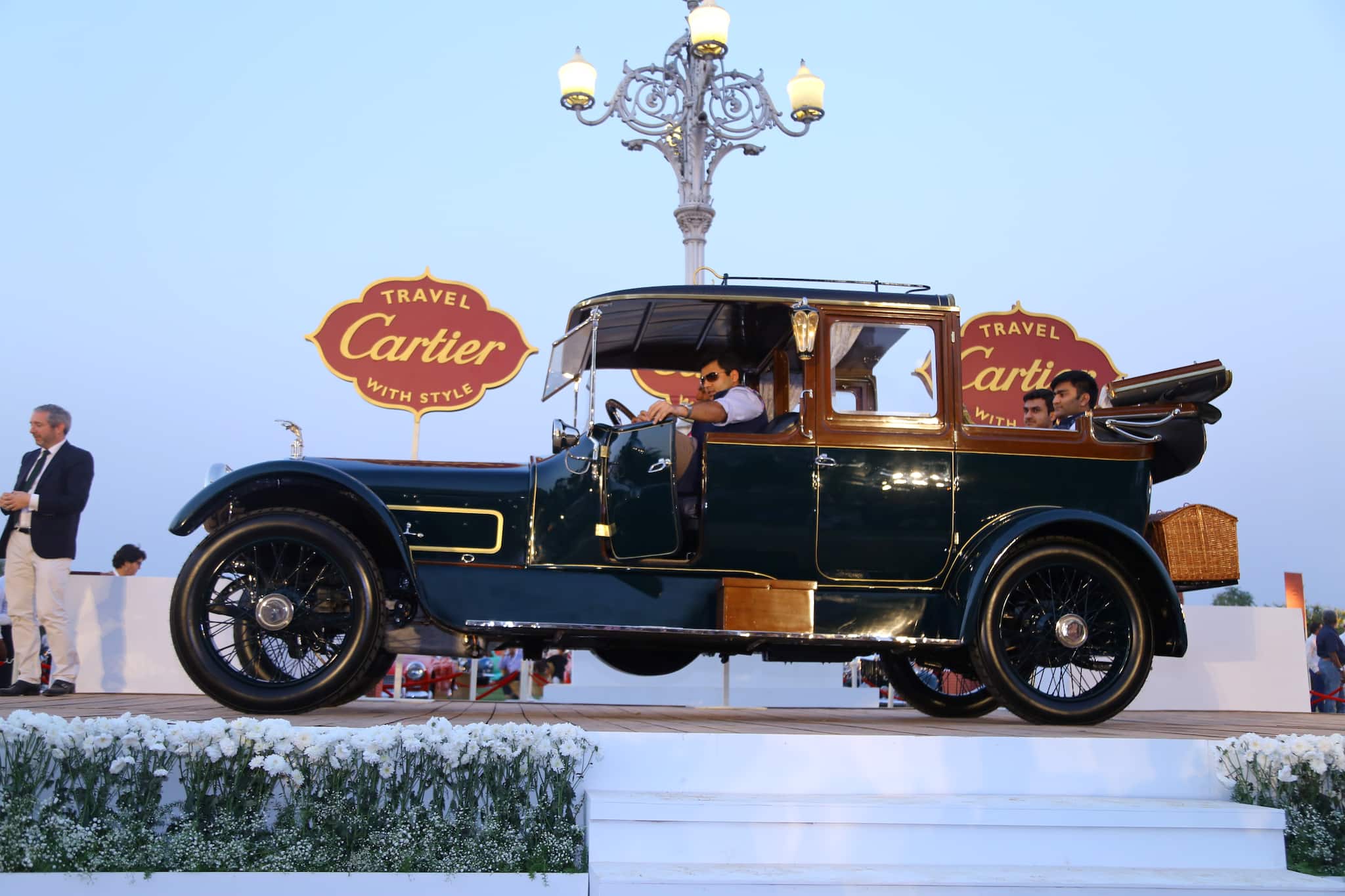 And no, your vintage cars won’t just lie around in a garage, only to be driven out for adoring friends and family to admire. They are a serious investment. Vintage and classic cars occupy an esoteric, secretive world in the books of a true-blue collector. Prices of vintage (produced before 1929) and classic cars (up to 1965) are escalating at the rate of 15-20 per cent every year.

Vintage cars are rather rare to come by. Experts estimate that not more than 1,000 to 3,000 vintage cars exist in India today and their total value could touch a staggering Rs 450 crore (Rs 4.5 billion). What is the difference between a classic and a vintage car?

Cars produced before WW-II are classified as vintage and those built after it is called classics. There is a rarer category, the veteran, or cars built in an era when the very concept of an automobile was nebulous. They were made between 1905 and 1915 and they are so rare that you need to be a billionaire several times over to acquire one. Which vintage cars should I buy?

India is obsessed with the small yellow car, the Volkswagen Beetle. VW never did sell them directly in the country, but it isn’t very difficult to source one from other collectors and owners. Among luxury marques up there on the much-vaunted vintage list: Rolls Royce always attracts a passionate buyer. Cars such as Ford, Chrysler, DeSoto and Dodge are the rage and boast of Bollywood stars such as Shammi Kapoor, Shashi Kapoor and Dev Anand as their first owners. Man in a racing car, Bombay, Photo by Pablo Barthlomew.

A 1960s Chevrolet Bel Air is hugely in demand because of its architecture that was inspired by the jet age. Then there are the Fiats, 1960s Fords, Mercedes-Benzes and Chevrolets. You could buy a Beetle at Rs 3 to 4 lakh, and the American cars at Rs 5 to 7 lakh. A vintage Jaguar costs far more.

The top dogs are classic Bentleys, Jaguars and Rolls-Royces from the post-war years, which go upward of Rs 30 lakh, and pre-war cars from the same brands are priced at Rs 60 lakh. Many of the pre-war cars were customised for the maharajahs. Vintage and classic cars cannot be imported into India, nor can collectors who buy one internationally bring it to India, which means there are just a handful of vintage beauties being passed around among the Indian collectors, making them highly-priced. 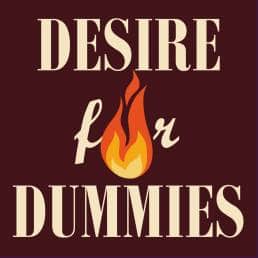 A parade of vintage or classic motor cars in which prizes are awarded for those in the best original condition or those beautifully restored. Internationally, the Pebble Beach Concours d'Elegance, in the Monterey Peninsula in the USA is considered the most prestigious and has very precise rules on how a car should be restored to meet the Concours standards. These standards are now applied to all Concours events across the world, including the Cartier Concours in India. You go to a Concours to flaunt your curved beauties and win a few awards that will up their value in the collector’s market, getting a better price on your investment. Sir Michael Kadoorie and passengers exhibit his 1925 Rolls-Royce Phantom I, built for the Maharaja of Jodhpur.

What should I look for while buying one? There are several, from businessmen to small collectors with one or two cars, but among the most influential: Sharad Shanghi of Indore, businessman and philanthropist Sudhir Choudhrie, Maharaja Gaj Singh, who own over 350-odd vintage and classic cars between them. Their collection includes a rare Mercedes 540 K and the Rolls Royce Silver Ghost, which are valued at over Rs 1.5 crore. Brothers Kaizad and Nekzad Engineer are not just collectors but also restorers of repute. They researched different eras and culture, specifically American and European culture before they restored some amazing cars in their collection such as the Chevrolet (1928 model), Beetles, Austin (1930 model), Fiat (1954 model). “We began restoring because we did not find good restorers who understood the car or its heritage,” says Kaizad. 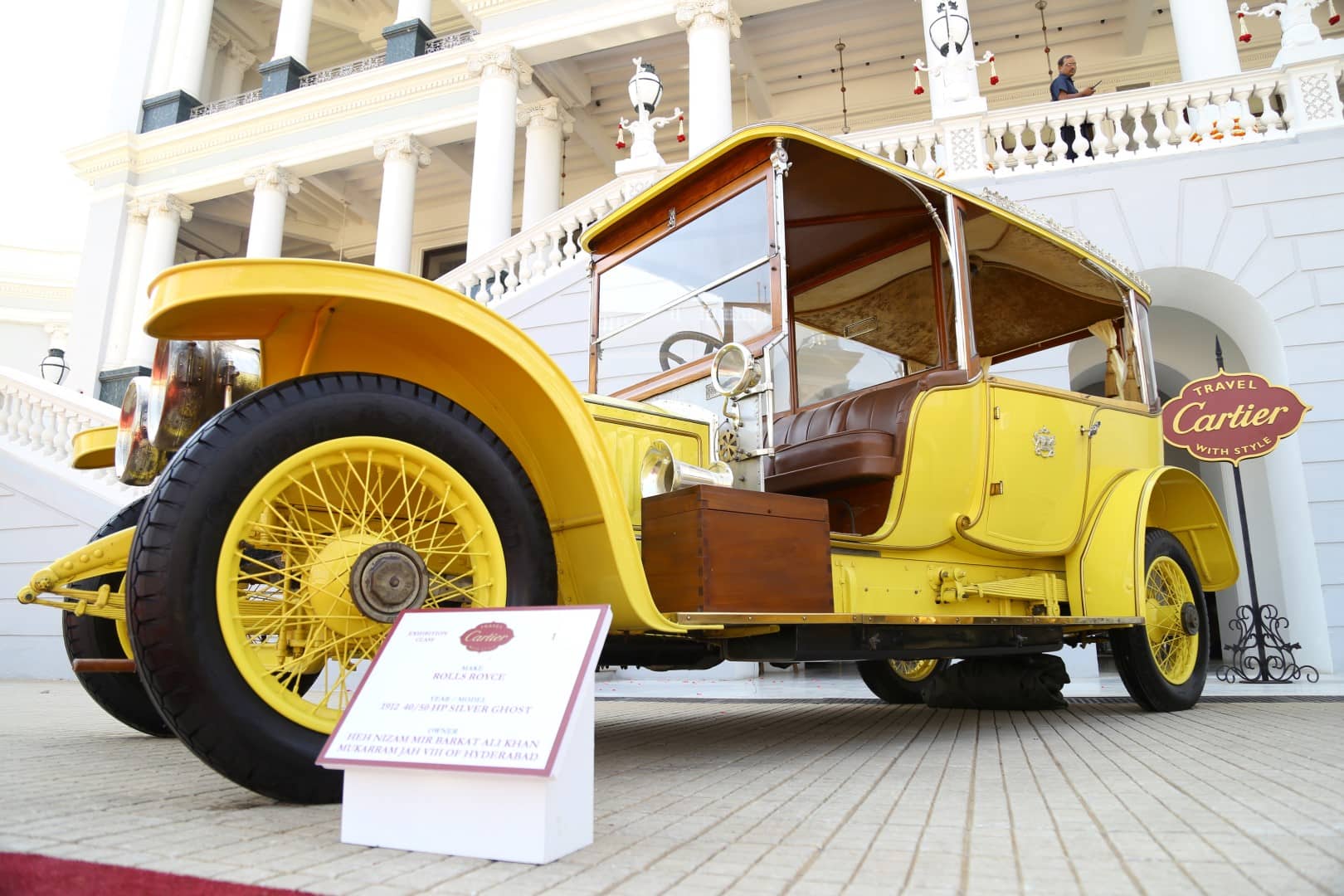 There are collectors as young as 17-year-old Arihant Talera, who owns a clutch of 20 cars, among them a Rolls Royce Silver Shadow, a passion he has inherited from his father and grandfather. “Driving a vintage Rolls feels like you are navigating a luxury yacht. The feeling of exhilaration is the same.” A collector of note is Vivek Goenka, Managing Director and Chairman of Indian Express. He received his first heritage car at a callow age of eight — a 1961 Fiat. He is passionate about vintage Land Rovers from the 1900s as well as Rolls Royce. His 1951 Standard-Vanguard Phase 1 is a classic.

Then there are descendants of erstwhile royalty, the pioneers in vintage car collecting in India. Rana Manvendra Singh Barwani, from Barwani royalty in Madhya Pradesh, owns a car workshop. He has helped restore several ‘stars’ from India’s automotive history, including the stunning yellow 1911 Rolls-Royce Silver Ghost Dome Roof Limousine, known as the ‘Throne Car’ of the erstwhile Nizam of Hyderabad. Rana Barwani is also the host of Cartier’s vintage car rally in India, the Cartier Concours. “Right now, most Indian collectors concentrate on acquiring global car brands. I would consider the Indian classic car truly evolved the day I find beautifully restored vintage Maruti or Ambassador cars in the possession of collectors and can finally include them as segments in the Cartier Concours d’Elegance,” he says.

Maharaja Gaj Singh, the scion of the erstwhile royal family of Jodhpur, has over a dozen cars in his collection, dating back to the 1920s, which are displayed in the Umaid Bhawan grounds. “My favourite is a 1948 red and white Convertible Buick. That is the car I drove the most in my childhood and it was a gift from my father to my mother. My grandmother’s Cadillac, which I inherited after her demise, was restored a few years ago for the Cartier show in Delhi. The special car in the collection is the Rolls Royce Phantom II. It has an aluminium body and once, its windows were covered by a purdah. It was gifted by my grandfather to my aunt, the Maharani of Dhrangadhara. The car, however, remained in Jodhpur and after a while, we found it in a garage in dilapidated condition due to lack of use and maintenance. I got it restored and it now occupies a prestigious place in our car museum in the palace grounds.” 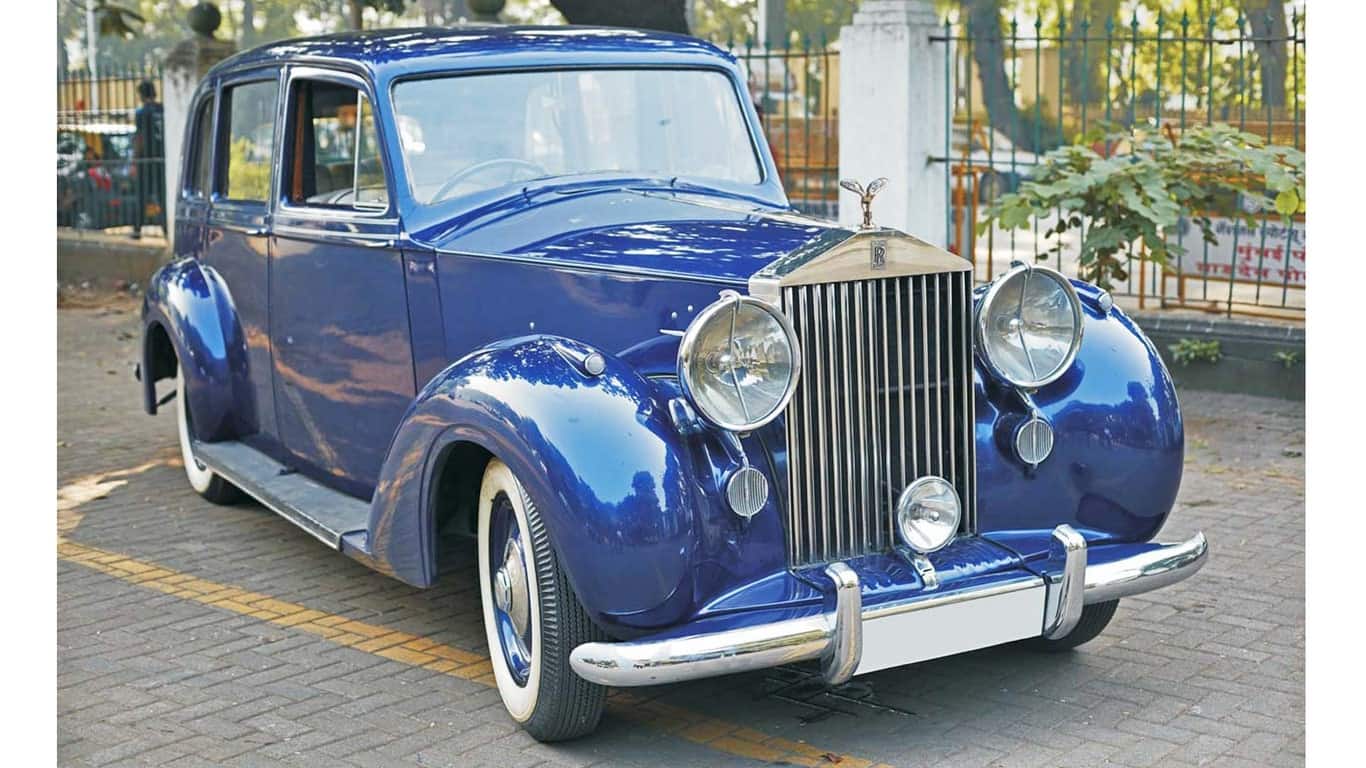 India’s royal elite began buying European and American cars in the first half of the 20th century, while, in the western world, collectors gained prominence only after World War II. Simon Kidston, a British collector of flamboyant Lamborghinis who was chief judge at one of the Cartier Concours, says, “Increasingly, I see the presence of industrialists, businessmen, even well-established professionals among collectors. New money is India’s new royalty. And they have taken a shine to vintage cars that stand right at the top of the list of beautiful objects you can possess.”

How do I restore my vintage car?

There is a growing army of vintage car restorers in India. While some work as part of a larger umbrella, others began life as small set-ups. The biggest restoration workshops are in Mumbai. The Engineer Brothers, Kaizad and Nekzad, are among the biggest and run their family workshop, set up by their grandfather, from the chaos of Lamington Road. The brothers credit 45-year-old Marespand Dadachanji, an unlikely restorer, for teaching them the ropes. A priest at a Parsi fire temple in Mumbai, he restored the Rolls-Royce Phantom II Continental, which won both at the Cartier Concours 2019 and the international Pebble Beach Concours 2018.

Goenka also owns a restoration workshop in Mumbai, which is run by master craftsman Allan Almeida. He has been restoring classic cars since he was 24. Kolkata-based Pallab Roy is known for the restoration of German Wanderer W24, in which Netaji Subhash Chandra Bose escaped the city. Bangalore restorer Christopher Rodricks specialises in restoring Rolls-Royces and Jaguars. In Coimbatore, GEDEE Car Museum has its in-house workshop for classic cars. 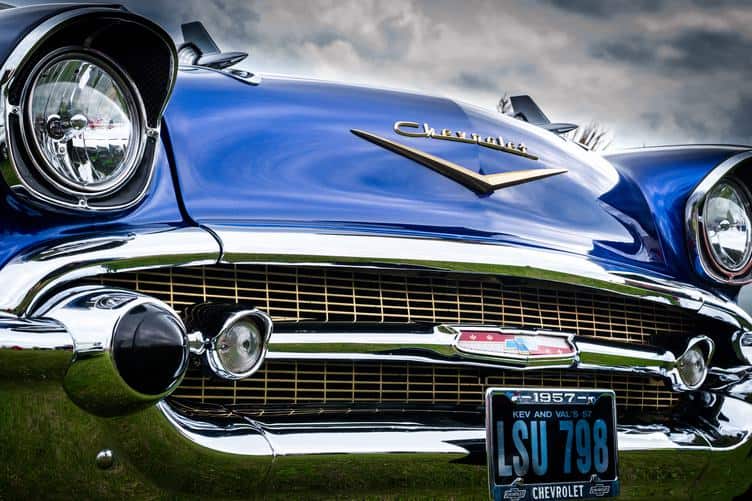 What will it cost me to restore a car?

Restoring a seven-figure car to Concours condition — generally considered bringing an older car to showroom-new condition using original or exact recreations of parts, paint, and bodywork — can cost another seven figures. There is maintenance costs, storage expenses, and insurance to consider. Profits from the eventual sale of the car will also likely incur commissions/consignment fees, transaction fees, and transportation costs.

Will the investment in a vintage car pay off, monetarily?

Of course, you can sell the car to another collector. The value would depend on its provenance, the original owner and the condition of the car. Your collection of vintage cars can also be leveraged to earn some good money. For instance, lend it to Bollywood for a shoot. It may not always work out in your favour, though. Car collector Nitin Dossa recalls the time he was approached by a Bollywood director a few years ago. He offered him Rs 100,000 to rent his 1947 Cadillac for a shoot. Dossa had to refuse the generous offer (for those days). "The director wanted to lift the car in mid-air with a crane for an action scene," he says, indignant that someone would even consider that.

There are filmmakers who may want to rent it for far gentler use, though. The team of Rang De Basanti had hired Buick convertibles and 1947 Chryslers for shooting the pre-independence era portions of the movie. Rolls Royces and Cadillacs are often hired for high-profile weddings. "We get at least one request a week for cars," says Dossa, who is a member of the Vintage and Classic Cars Club of India, an association of several car owners. 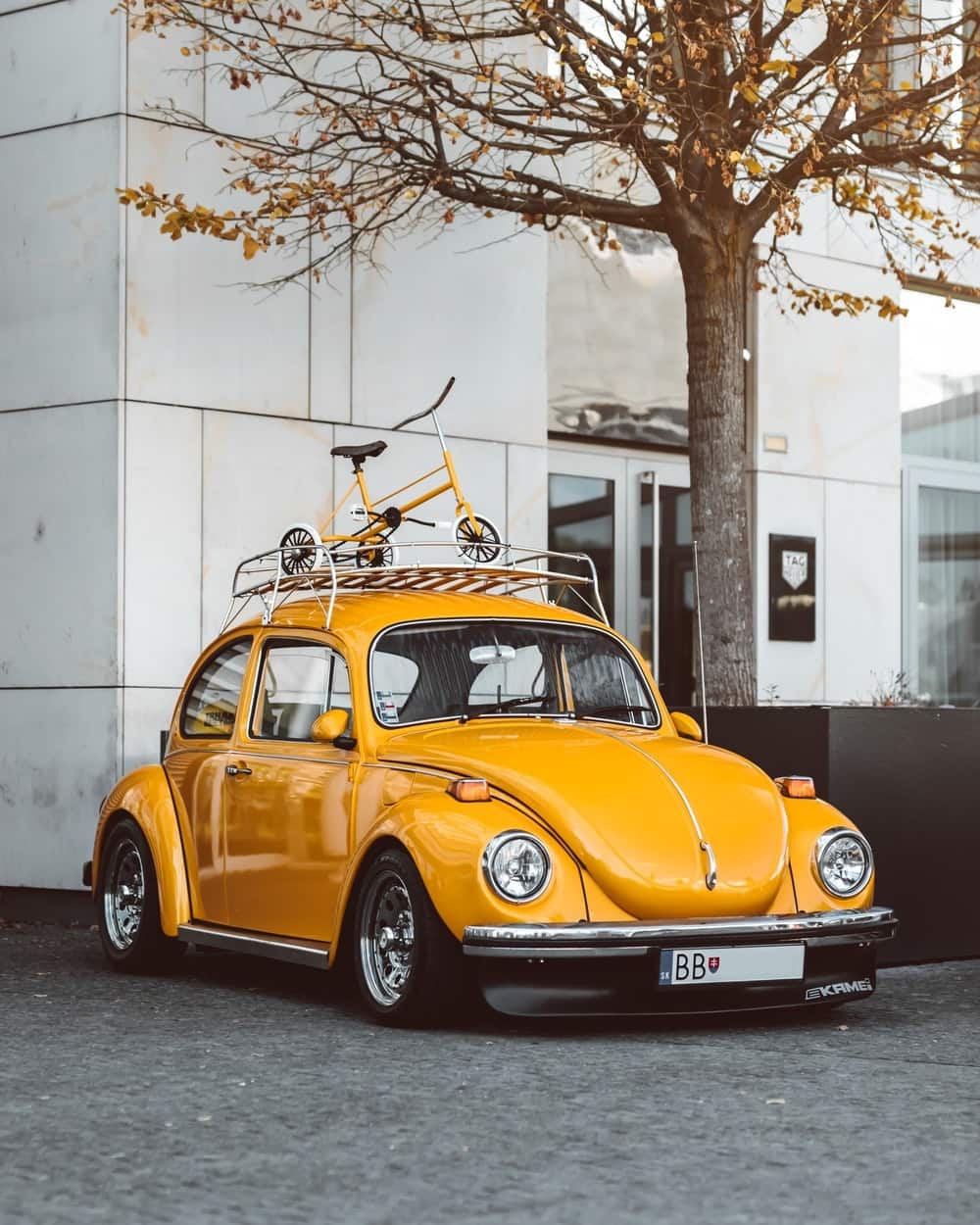 Becoming a collector of high-end cars can take pretty significant investment and not-insignificant carrying costs. But if restored and preserved in the right condition, and the right way, the benefits and returns are immense.

Deepali Nandwani is a journalist who keeps a close watch on the world of luxury.
TAGS: #Desire for Dummies #vintage cars #weekend reads
first published: Jan 23, 2021 07:25 am