Shoojit Sircar: "More than a biopic, 'Sardar Udham' is a film based on a historical event and a few true incidents"

Vicky Kaushal: "We have tried to internalise and to stay true to the emotions Udham Singh must have experienced."

Filmmaker Shoojit Sircar had admired Vicky Kaushal’s talent since the actor’s impressive performance in Masaan (2015). The Piku and Gulabo Sitabo director was high up on Kaushal’s wish list of directors he wanted to collaborate with, so naturally he jumped at the opportunity when he was offered the titular role in Sardar Udham, Sircar’s biopic on freedom fighter Udham Singh who shot at and assassinated Michael O’Dwyer who served as lieutenant governor of Punjab and supported the order to shoot at the protestors gathered at Jallianwala Bagh in 1919. On March 13, 1940, Singh assassinated O’Dwyer in London. This led to his arrest and death a few months later. Excerpts from an interview with Sircar and Kaushal on the making of Sardar Udham (streaming on Amazon Prime Video):

Shoojit, you had to recast the film (after Irrfan Khan fell ill) and zeroed in on Vicky Kaushal. What did it take for Vicky to get into the skin of Udham Singh?

I really liked him in Masaan, especially his innocence in that film. And just a few weeks before confirming this film, Vicky and I spoke and he showed interest in collaborating with me. Then this happened, and so soon after that conversation. For him to understand Udham Singh, the foremost thing was his pure trust in me. He needed to come to the project without any baggage. I knew he could convey the innocence of a character. What I needed to assess was whether he could be on the same page as me in terms of my take on a freedom fighter. I have lived with this story for decades and for him to live with it so quickly was difficult. So that was the homework we did to bring him on to my page and get the same spirit. Thereafter, he quite beautifully embedded himself in the many ages of the character – from his 20s to 30s to 40s. His transformation over 20 years was beautiful.

Read more: Review | 'Sardar Udham' gives us one of the bleakest visions of hell in Hindi cinema. But the build-up is painfully slow

Vicky, what references did you have for creating Udham Singh?

Not many. The references and anecdotes were based on his actions. He did this, he went there, and he worked there. These are actions, but from this information you don't get to know the human being. So I had to surrender to Shoojit sir’s guidance. To portray emotions and situations, imagination became our biggest tool. We have tried to internalise and to stay true to the emotions he must have experienced.

What about his appearance?

Vicky: In terms of appearance, there are a couple of pictures on the internet. The most famous is the one where he was being escorted from Caxton Hall after the shooting in 1940. In that he is clean-shaven and wearing a hat and a suit, so that reference from London determined that by then he was probably clean-shaven. From his pictures we understood that he was a tall, burly, well-built guy, and for the London portions, I would have to look heavier and bigger. 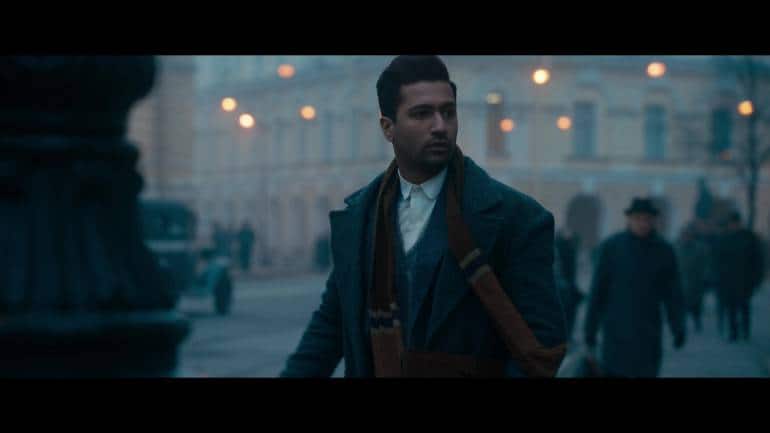 Which scene was the hardest for you to execute?

Vicky: It would be the portion where I am playing the 20-year-old Udham Singh, in 1919. Physically, I had to drop 14 kilos to look lanky and to look younger, like a 19-20-year-old would. What is very underrated about an actor’s job is that it is not easy to capture that innocence again, especially now that I am 33. No matter what you do to reconnect to the innocence of your teens and to stay on that note, to portray it in a convincing way is very tough. It is relatively easy to portray mature behaviour and keep a poker face of carrying that pain. To really touch on that note of innocence is a little mentally challenging. I had three months to lose 14 kilos and then just one month to gain it all back to play a 40-year-old.

Shoojit, given the gaps in information about his life and whereabouts, how did you piece together the story of Udham Singh?

It was difficult especially because his movements during the Amritsar, Punjab, days is debatable—where was he, what was he doing, was he in Amritsar at the time of the Jallianwala Bagh massacre, was he working in the railway? He acted as film extra also and did all kinds of things. He was elusive and mysterious.

Having said that, this gave me a lot of freedom to interpret around the facts and scope to create a perspective on who he was and how I see a freedom fighter. Therefore I would say that more than a biopic, Sardar Udham is a film based on a historical event and a few true incidents.