Tecno Spark Go 2020, Tecno Camon 16 Series to be launched this week: Here is all we know so far

The Tecno Spark Go 2020 and Tecno’s Camon 16 series are launching on September 1 and September 3, respectively.

Additionally, the ‘best battery smartphone’ moniker suggests that the device will pack a 6,000 mAh battery capacity. The Flipkart page also reveals a dual-camera setup on the back. There is a headphone jack and a USB Type-C port on the bottom, which suggests that the phone will support fast charging.

The price of the Tecno Spark Go 2020 is not known yet, although we expect it to debut in the sub-6K segment. Tecno launched the Spark Go for Rs 5,499, so you can expect pricing to be more or less the same. The Flipkart page also shows the phone in a green colour option. 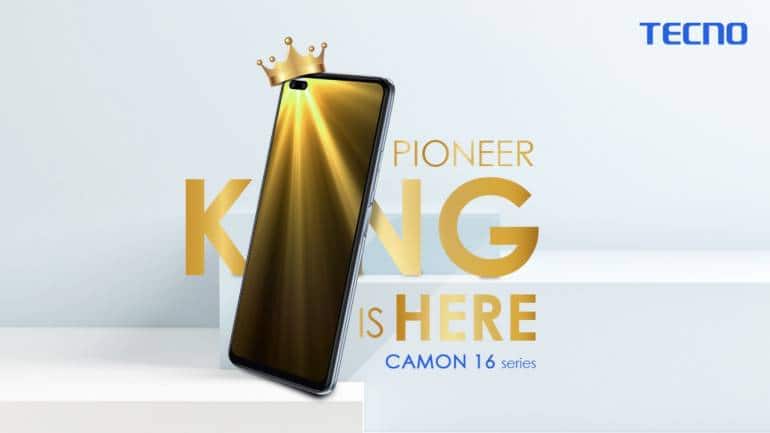 The company has also announced the launch of the Tecno Camon 16 series in global markets on September 3. The Camon 16 will be powered by the MediaTek Helio G90T SoC. The Camon 16 series is set to offer a 64-megapixel quad-camera setup on the back. The phone will also get a 48-megapixel selfie camera, along with an unknown second front camera sensor.

3 days left in our countdown to an epic moment of revealing #YourPioneerCameraPhone. Stay tuned with us. #CAMON16Premier pic.twitter.com/1qOG9FLp4I

The Tecno Camon 16 also seems to feature ultra-slim bezels on its large 6.9-inch display. Tecno has also confirmed that the phone will only take 30 minutes to charge to 70-percent. While Tecno has not confirmed which markets the Camon 16 will be launching in, you can expect it to make a debut in India at a later date.
Moneycontrol News
Tags: #smartphones #Tecno
first published: Aug 31, 2020 06:59 pm