Realme X3 SuperZoom review: An excellent smartphone, but not quite the 'camera monster' we were expecting

The Realme X3 SuperZoom is the third Realme smartphone, after the Realme 6 Pro and Realme X50 Pro, to feature six cameras in total, and is the first Realme phone to offer a Periscope camera lens. Realme has opted for a flagship chipset from 2019 over a mid-range chip from 2020 on the X3 SuperZoom, which means you get a Snapdragon 855+ instead of a Snapdragon 765G. Additionally, Realme also offers a high-refresh-rate display and super-fast charging support. So without any further delays, let's get into the review.

Since the Realme X3 SuperZoom prioritises camera, we thought it would be best to start with the biggest highlight on the phone. The main camera setup on the Realme X3 SuperZoom includes a 64 MP, f/1.8 Samsung GW1 primary sensor, an 8 MP, f/2.3 ultrawide shooter, an 8 MP, f/3.4 periscope camera with 5x optical zoom, and a 2 MP, f/2.4 macro snapper. On the front, the phone opts for a 32 MP, f/2.5 primary camera and an 8 MP, f/2.2 ultrawide shooter for selfies.

First, let's look at the main highlight of this phone, its 'periscope camera'. The phone offers a 10x zoom, but it is not entirely optical as that maxes out at 5x magnification. Because of the OIS on the telephoto camera, you can still snap photos easily while zooming in ten times. Things get messy when you move to 60x zoom with visible noise and lack of stability to properly capture your subject. Photos taken on the periscope camera can use a bit of sharpening, but overall results are pretty good. Like with the Realme X2 Pro and Realme X50 Pro, the X3 SuperZoom continues the legacy of the 64 MP Samsung GW1 sensor. The main sensor can capture excellent photos in daylight. You can also use the 64 MP mode to capture images with even more details. Additionally, there is no heavy saturation, HDR is pretty much on point, and the dynamic range is good. Portrait shots on the main camera look fairly good with generally accurate edge detection.

Night-time photography on the Realme X3 SuperZoom is bolstered by the addition of several night modes, including a regular night mode, a tripod mode, and a Starry mode. You can also toggle between Pro and AI-assisted night modes. You can also capture night shots on the ultrawide camera. However, photos taken in the regular night mode on the main camera are quite strong with less noise and more detail. It is difficult to get decent results in no light, but it still a step-up from the Realme X2 pro. Additionally, using the periscope camera at night can also yield below-average results. 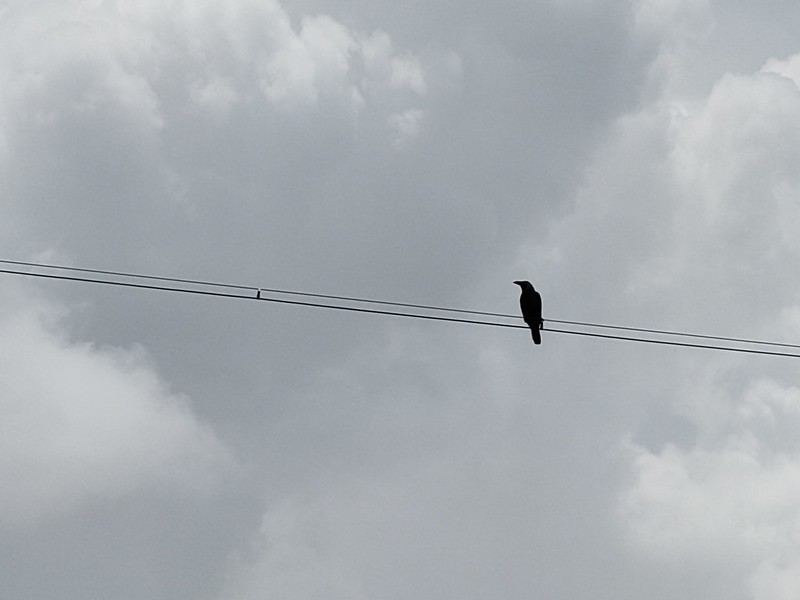 The Realme X3 SuperZoom can capture video in 4K resolution at 60 fps. Quality on 4K videos is quite pleasing with a high level of detail and enough sharpening, while dynamic range and colours are excellent. Recording videos with the periscope camera is limited to 1080p at 30fps, but the footage looks good with nice details and colours. The ultrawide camera is also limited to 1080p at 30 fps, but there is a sharp decline in detail. The main camera on the X3 supports EIS while recording 4K at 60fps and does a pretty good job. You also get EIS on the ultrawide and periscope cameras, while there is an Ultra Steady mode as well.

The X3 SuperZoom does not use pixel binning on the front camera, capturing selfies at the full 32 MP resolution. Details are good when shooting in daylight, although, while HDR is inconsistent. Again, results on the wide camera are generally weak if not taken in daylight or bright light. Night mode is available on both selfie cameras and does help in low light, but the ultrawide woes continue on the front camera as well. Overall, camera quality on the Realme X3 SuperZoom has quite a few strengths and weaknesses. The superzoom camera, which Realme is touting, is quite useful when capturing subjects from afar, is more than just a gimmick but may not be for everybody. The night mode is also improved on the Realme X3 SuperZoom, while results on the main camera are generally above average.

As with all Realme devices, the lack of consistency between the main and ultrawide camera is criminal and does require work. Video capture on the SuperZoom is also good, while inconsistency continues on the two selfie cameras as well. To sum it up, the Realme X3 SuperZoom offers excellent camera flexibility and average camera quality; there is definitely room for improvement through software here.

In terms of design, not a lot has changed from the Realme X50 Pro. The quad-camera setup is vertically aligned on the side, a pill-shaped camera cutout houses the two front cameras, there is Gorilla Glass on the front and back, and the Realme branding at the bottom. What has changed is the finish and the frame. There are three main differences, the first camera lens on the Realme X3 SuperZoom features a box shape, similar to that of the Oppo Reno 10x Zoom Edition.

Secondly, the frame of the phone is plastic as opposed to aluminium, although the finish mimics a metal frame, its quite noticeable once you pick it up. Talking about the finish, the Realme X3 SuperZoom is available in two colour options, including, Arctic White and Glacier Blue, our model arrived in the latter. The back of the phone has a satin finish, which is smooth to the touch and does a good job of hiding fingerprints. It also has a reflective surface that does tend to switch up the colours when light hits it. One drawback is that the phone feels a little too smooth and seems a tab bit slippery. Additionally, you have the speaker grille and USB Type-C port on the bottom and power and volume buttons on either side. The fingerprint reader is quite fast and easily accessible, while there are two separate buttons to increase and decrease volume levels.

Overall, the design and build quality seem up to the mark; there not too much to complain about, the plastic frame doesn't really seem like a bother. It's pretty much the standard Realme design with tweaks in the finish, and that's not such a bad thing.

The Realme X3 SuperZoom sports a 6.6-inch LCD panel with an FHD+ (1080*2400 pixels) resolution, 399ppi, 20:9 aspect ratio, and a 90.5-percent screen-to-body ratio. As far as LCDs go, this is as good as it gets. The panel gets quite bright and colour accuracy seems to be on point. You will definitely notice some compromise in contrast and colours if you are used to an OLED screen. The LCD panel did not bother us too much on account of the 120Hz refresh rate. Playing games on the 120Hz display is fun, to say the least. 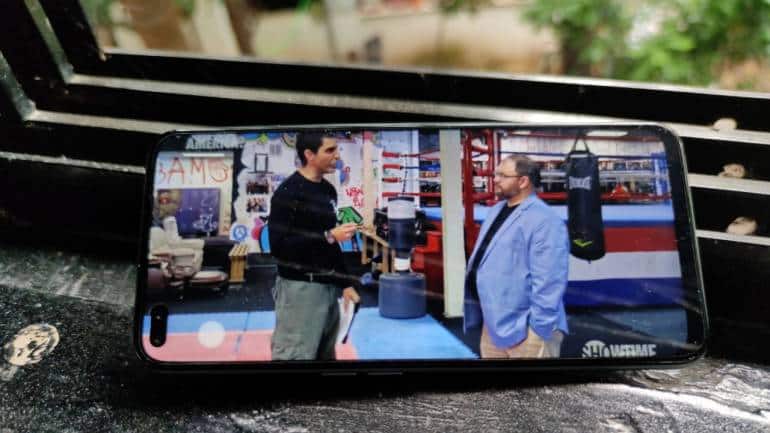 While not many games support 120 fps, Realme has shared a few titles that can utilise the 120Hz screen; we've shared them in the next slide. We weren't seeing much of a difference between standard and HDR content. In our view, the gaming experience on the X3 SuperZoom was great, while the viewing experience did leave a lot to be desired. But it does tend to balance out, the 90Hz AMOLED panel on the Realme X2 Pro seems like a better option though.

As far as battery life is concerned, the Realme X3 SuperZoom is capable of delivering a full day of battery life for the average user. The phone packs a 4,200 mAh battery that tends to last a full day, despite the high refresh rate display. The 7nm chipset also contributes to those power-efficiency gains. 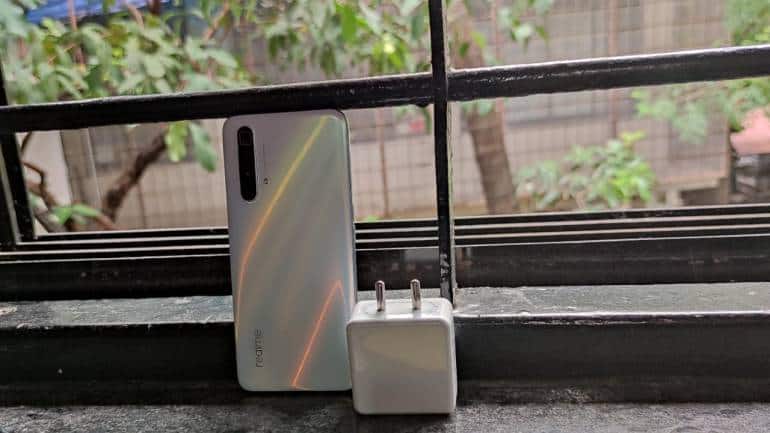 Once your device is drained out, the 30W Dart Charge adapter in the box should deliver a full charge in about an hour or so. Although as far as charging is concerned, this is certainly not the best, by Realme standards. Although a full day of battery life seems standard for most smartphones, the SuperZoom rocks a flagship-grade chipset and a 120Hz display, which in our view deserves an "A".

On the software side, the Realme X3 SuerpZoom ships with Android 10 with the Realme UI skin on top. Realme UI shares a lot of traits with Oppo's ColorOS but leans towards a cleaner, stock Android look. The launcher looks almost pixel-like, and the skin is packed with features, including a clone app, a gaming mode, digital wellbeing, and contactless payments. 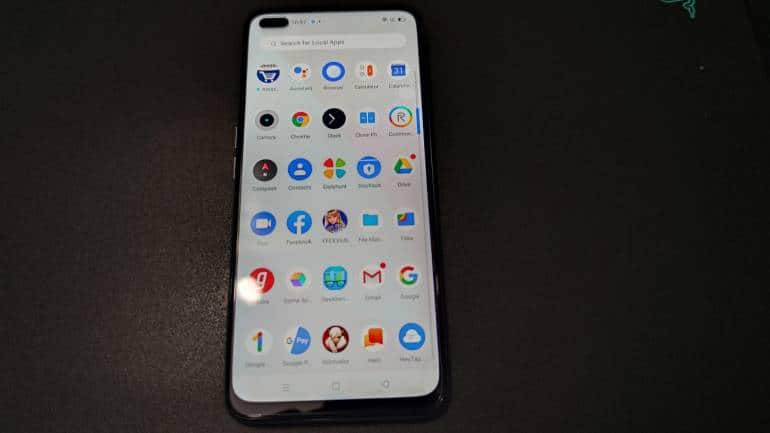 You also get power-saving and performance modes, a system-wide dark mode, gestures, and native screen recording. Realme UI is straight-forward; there is not much to complain about. Realme UI is definitely a step in the right direction and is much closer to stock Android than ColorOS or MIUI, which is something we really appreciate. 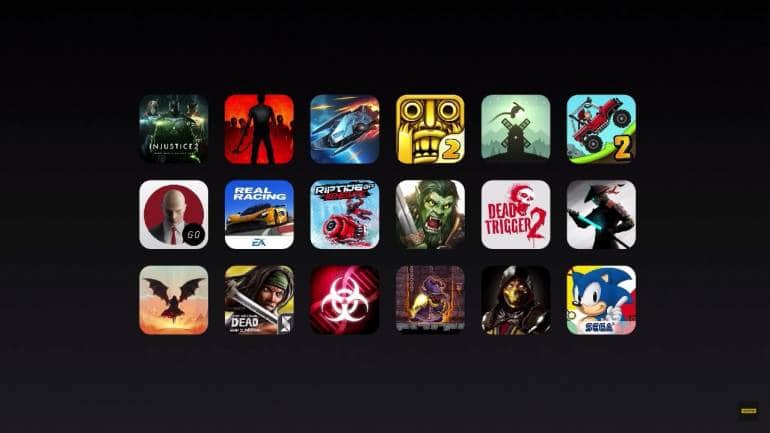 The SuperZoom managed a 781 single-core score and a 2657 multi-core score on Geekbench 5 while managing a 501,234 score on AnTuTu. For comparison, the MediaTek G90T, which is currently the fastest mid-range chip in India, managed 287,590 points in AnTuTu and 533 and 1701 points in Geekbench 5's single and multi-core scores, respectively. The performance gains on using a previous generation flagship chipset over a current mid-tier processor are evident here. 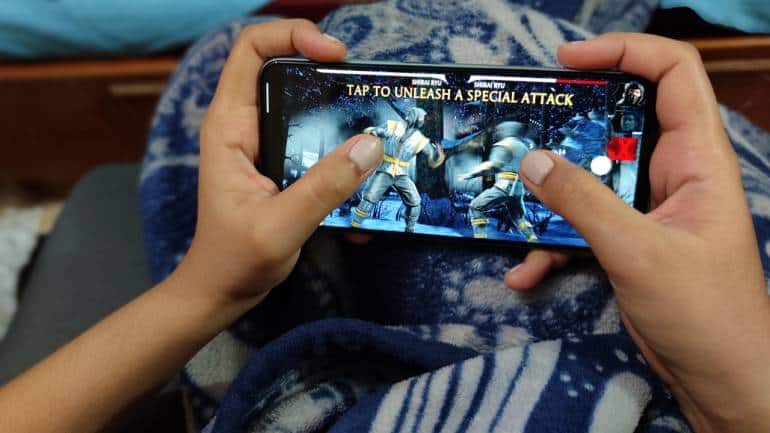 For a starting price of Rs 27,999, the Realme X3 SuperZoom is an impressive phone. You get a smooth display, superb performance, strong battery life, decent software, and excellent camera flexibility. However, the phone lacks stereo speakers, while low light and ultrawide camera performance still leave a lot to be desired. Another drawback is the lack of expandable storage; our model with 256GB storage was 5K more than the base variant.

On balance, the Realme X3 SuperZoom is still a good phone and offers tremendous value at this price, but it isn't the 'camera monster' we expected. From a pure camera perspective, the Oppo Reno 10x Zoom Edition will offer the same camera flexibility but better quality. If you're wondering whether or not to buy the Realme X3 SuperZoom; we'd say 'yes'. It is a great phone with a few caveats that are fixable through future software updates, and the zoom camera just seems like a bonus.