Nokia 5.3 Review: As good as it gets on the software side, not so much on the hardware

Software is the defining feature of this phone, and HMD Global is making no attempt to hide it.

The Nokia 5.3 may have been launched back in March 2020, but the phone only arrived in India in August. With a starting price of Rs 13,999, the Nokia 5.3 sits in India's entry-level mid-range market, which is arguably one of the most competitive in the country. However, in a segment where Xiaomi and Realme reign king over hardware, with Samsung beginning to gain a fair amount of ground, it will be interesting to see whether the Nokia 5.3 has a chance of disrupting the market.

First off, let's talk about design. The front of the Nokia 5.3 is dominated by a fairly large 6.55-inch display covered by Gorilla Glass 3. On the back, the matte green plastic back panel looks refined but tends to attract fingerprints. There's a circular camera module on the back, with a fingerprint reader underneath it.

Overall, the design and build quality of the Nokia 5.3 is pretty straightforward, and we don't think that is such a bad thing. The finish seems elegant and isn't too flashy. The phone doesn't try to pretend to be something it's not, Nokia isn't trying to hide the fact that the back panel and frame is made of plastic. The Nokia 5.3 has a well-placed power button and volume rocker on the right side, while the dual-SIM/microSD slot sits on the left side. Nokia has also added a Google Assistant button on the left. The headphone jack is shifted to the top of the phone, while both the USB-C port and speaker grille are located at the bottom. The audio is not all that great, and you wouldn't want to use it for anything other than phone calls. Thankfully, Nokia has added a pair of earphones in the box, something we rarely see at this price point.

For the display, the Nokia 5.3 opts for a 6.5-inch LCD panel with an HD+ (1600*720 pixels) resolution. The screen features a 20:9 aspect ratio with a density of 267 ppi. The display's brightness is quite satisfactory; we did not face any issues while using it in direct sunlight. We'd say the screen on the Nokia 5.3 is quite underwhelming, to the point where it doesn't even meet the average requirement. The least Nokia could do here is offer an FHD+ resolution.

The Nokia 5.3 packs a Snapdragon 665 SoC, which may not be the most powerful chipset at this price but is still a decent upgrade, considering it is a slight upgrade over the Nokia 7.2. The chipset is paired with up to 6GB of RAM and 64GB of storage, which can be expanded via the dedicated microSD card slot. The Nokia 5.3 packs a 4,000 mAh battery with 10W charging support over USB-C. The 4,000 mAh battery is good enough to get you through a full day of intense use. However, it is nowhere close to Nokia's 2-day claim. Overall, battery life is pretty decent, although charging speed is quite slow, with the phone taking more than a couple of hours to get to a 100-percent.

In optics, the Nokia 5.3 gets a triple-camera setup with a 13 MP primary sensor with f/1.8 aperture, a 5 MP ultrawide shooter, a 2 MP depth sensor, and a 2 MP macro camera. The camera can record in 4K and 1080p resolution at 30fps. On the front, the Nokia 5.3 opts for an 8 MP selfie shooter housed in the waterdrop notch. The camera setup on the Nokia 5.3 is as expected for a phone at this price, you get decent photos in good light, but things begin to fall apart in low light. The phone takes 13 megapixels photos by default, which churn out good detail with colour accuracy on point. However, even in daylight, photos lacked dynamic range and often came out super grainy. Noise reduction is another major problem on this camera setup, no matter the lighting conditions.

Nokia does offer an ultrawide camera, but it is limited to 5 megapixels, and minor issues on the main camera are exacerbated when using the ultrawide. We wouldn't even bother using the camera in low light, but pictures taken on it tend to fall apart even in good light. Add to that there is a complete lack of consistency between the two camera lenses. 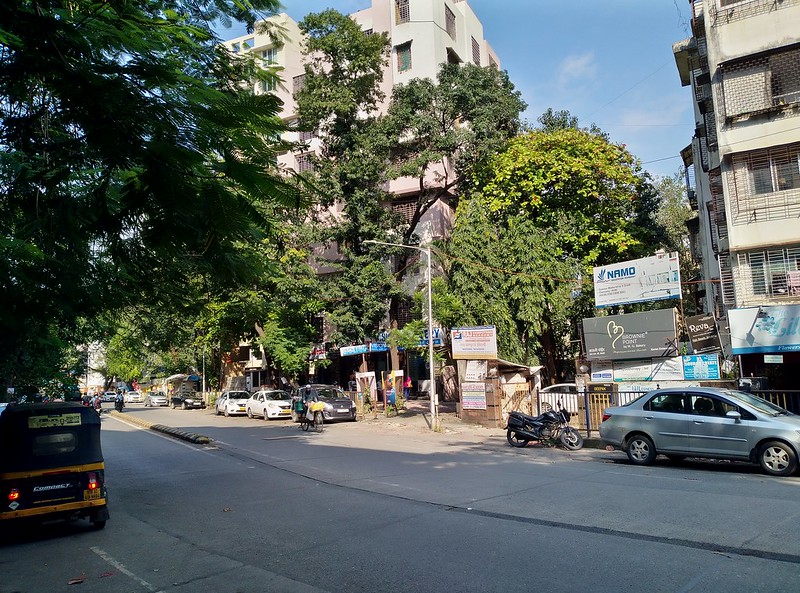 Nokia also offers a dedicated night mode, which improves brightness and sharpness, at least so far as the main camera is concerned. However, images using the dedicated night mode tend to take too long to capture, and you can be left with a blurry mess, more often than not. Portrait mode worked well, with good edge detection, while the camera app allows you to adjust levels of blur before taking the photo. The macro camera was average and can be a hit or a miss at times.

You'll get decent selfies on the Nokia 5.3 in bright outdoor light but faces many of the same problems as the main camera setup in lowlight. Video quality in both 4K and 1080p resolution is pretty decent in the right light, although the lack of stabilisation does make it difficult to capture video if your hands begin to shake.

One area where the Nokia 5.3 does shine is on the software front. With the Nokia 5.3, you get the latest version of Android 10, which offers an experience akin to stock. Additionally, the Nokia 5.3 is also part of the Android One program, which means you are guaranteed timely updates for two years. HMD Global also claims that the device will get three years on security patches.

The Android version on the Nokia 5.3 does not come with any pre-installed bloatware. The UI is quite similar to that found on Pixel devices. The phone does not offer much room for customisation, but we preferred the stock experience anyway. There are a few features like double-tapping the power button to open the camera app while swiping the fingerprint reader lets you pull down the notification shade. Overall, in terms of software, this is as good as it gets at this price. We are yet to see a better phone on the software front in the sub-15K segment.

The Nokia 5.3 is priced at Rs 13,999 for the base 4GB/64GB variant, while the 6GB/64GB version will set you back Rs 15,499. The Nokia 5.3 is aimed at the sub-15K segment but doesn't offer nearly the same hardware like some of its competitors, like the Realme 7, Redmi Note 9 Pro, and Poco M2 Pro, among others. However, the Nokia 5.3 does not make any attempt to hide this. HMD Global is very-much touting software as the main aspect of the Nokia 5.3. We can't say for sure if consumers appreciate software as the key selling point of this phone, but the bloatware-free experience was quite good. We can also see this phone getting better software support in the long run over devices from Realme, Xiaomi, Samsung, etc. at this price. Apart from software, we'll also give the Nokia 5.3 full marks for design and build quality, while the battery life was also pretty decent. However, you are going to be stuck with a lacklustre camera setup and a sub-par performer. On the question of should you buy the Nokia 5.3; if software is important to you on a phone, then 'yes'. While we cannot say for certain; ideally, you should get more utility out of the Nokia 5.3 in the long run than other smartphones under 15,000 rupees.
Carlsen Martin
Tags: #Nokia #smartphones
first published: Sep 27, 2020 05:15 pm