Upcoming Webinar:Watch a panel of experts discuss: Challenges of continuously evolving regulation for Cryptocurrency, on 7th July at 3pm. Register Now
you are here: HomeNewsPolitics

Political battles in 2021: Bengal, Kerala, Tamil Nadu and other events to watch out for

At the stroke of the midnight hour, as the world ushered in 2020, protesters at New Delhi’s Shaheen Bagh sang the national anthem and resolved to continue their fight against the contentious Citizenship Amendment Act (CAA) and the proposed pan-India National Register of Citizens (NRC). This came after weeks of nationwide protests, some of which turned violent. That was a key talking point when we entered 2020.

The coming month saw hectic political activity in Delhi in the run-up to the Legislative Assembly election. Chief Minister Arvind Kejriwal’s Aam Aadmi Party (AAP) emerged victorious in what was a near-replication of the 2015 result. He was quick to claim that people had chosen “kaam ki rajneeti (politics of work)” over nationalism.

But the focus remained on Delhi. On February 23, riots broke out in the north-eastern areas of the national capital at a time when India was hosting United States President Donald Trump. This was also the time when concerns over the novel coronavirus outbreak were growing with infections spiking outside China. “You may ask about the coronavirus, which is very well under control in our country,” Trump had said at a press conference during the visit. At that point, the US and India had around 60 and 3 confirmed cases, respectively.

Within a month, most Indian states had imposed restrictions to curb the spread of COVID-19. The Rajya Sabha elections for 18 seats were also postponed. Yet, political manoeuvres did not pause. The Kamal Nath-led Congress government in Madhya Pradesh collapsed after senior Congress leader Jyotiraditya Scindia and some Members of Legislative Assembly pulled support and defected to the Bharatiya Janata Party (BJP). All this happened just days before India went into a nationwide lockdown.

Some predicted Chief Minister Ashok Gehlot’s government in Rajasthan to have a similar fate in July when then deputy chief minister Sachin Pilot staged a rebellion. The Gehlot government managed to stay afloat only after the Congress high-command assured Pilot that his grievances would be addressed.

The assembly election in Bihar in October-November went ahead as planned despite COVID-19 concerns, albeit elaborate safety measures were put in place. While Chief Minister Nitish Kumar retained power, it was the Bharatiya Janata Party (BJP) that powered the National Democratic Alliance (NDA) to a cliff-hanger victory. The opposition Mahagathbandhan (Grand Alliance) was seen giving a tough fight but eventually fell short. Despite all odds, Tejashwi Yadav-led Rashtriya Janata Dal (RJD) emerged as the single-largest party – just like it had in 2015.

If these political developments were exciting – despite the COVID-19 disruption – you may not be disappointed with what is in store for 2021. We are set to witness five assembly polls in April-May, a few Rajya Sabha elections and build-up to the all-important 2022 elections in Uttar Pradesh, among other states.

Assam’s political arena was dominated by the Congress for decades. However, this changed when the BJP came to power in 2016 with its allies – the Asom Gana Parishad (AGP) and the Bodoland People’s Front (BPF). The coalition was taking on then chief minister Tarun Gogoi-led Congress which had governed the state for three consecutive terms since 2001.

Gogoi, who passed away in November, had earlier said that he was not in fray to be Congress’ chief ministerial candidate, but would rather play an advisory role.

BJP winning 9 out of Assam’s 14 Lok Sabha seats in 2019 was seen as a sign of approval for the Sarbananda Sonowal government. However, the subsequent implementation of the state-level NRC in Assam has made the path challenging for the ruling party. The saffron party is unhappy with the way the NRC process played out and has been pushing for re-verification of the names included and excluded from the register. The state was also the original epicentre of agitations against the CAA which the BJP government at the Centre had passed. 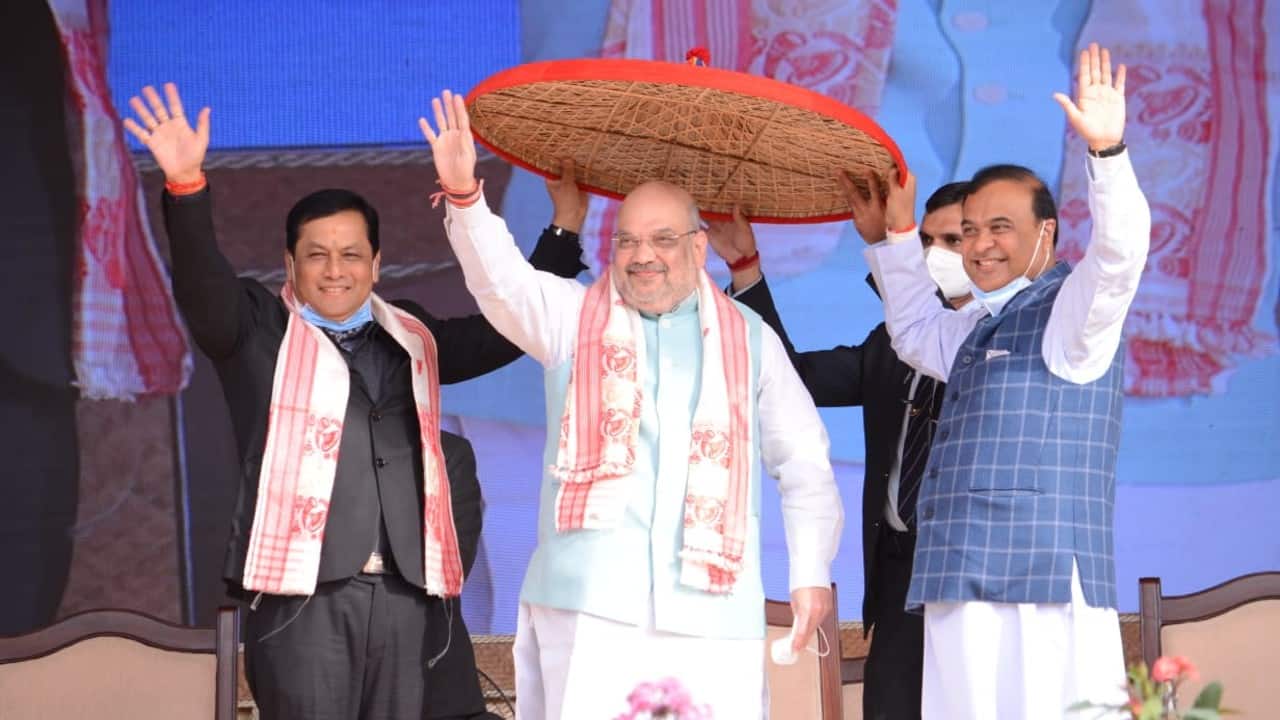 Sensing an opportunity, opposition parties are already talking about creating a ‘Grand Alliance’ for the polls. This could comprise Congress and Badruddin Ajmal's All India United Democratic Front (AIUDF), among others.

For decades, Kerala’s political landscape has been dominated by two alliances – the Left Democratic Front (LDF) and the United Democratic Front (UDF). With that, the pendulum of power has swung between the LDF and the UDF every five years since the 1980s. Chief Minister Pinarayi Vijayan-led LDF is hoping to break this pattern. A lot is at stake for the ruling side as Kerala is currently the only Left-ruled state in the country.

While the Left put up a strong performance in the recent local body polls, the 2019 Lok Sabha election result had painted a different picture. The UDF had swept 19 of the 20 parliamentary seats in the state. The Communist Party of India (Marxist)’s only Lok Sabha member from the state had managed to win by just 10,000 votes. Thus, the Congress-led alliance is hoping to gain directly from Left’s potential losses. The BJP, which had traditionally not been a key player in the state’s politics, saw its vote share rise to about 13 percent in the last general election. It is now hoping to build on local issues — such as Sabarimala — to improve its reach. In fact, in the recent local polls, the BJP-led NDA won the Pandalam municipality where the Sabarimala temple is located.

The Union Territory of Puducherry, with a Legislative Assembly of its own, has been governed by the Congress for the last four and a half years. Chief Minister V Narayanasamy, whose tenure has been marred by face-offs with Lieutenant Governor Kiran Bedi over a number of issues, will be seeking re-election in the southern tourist destination. 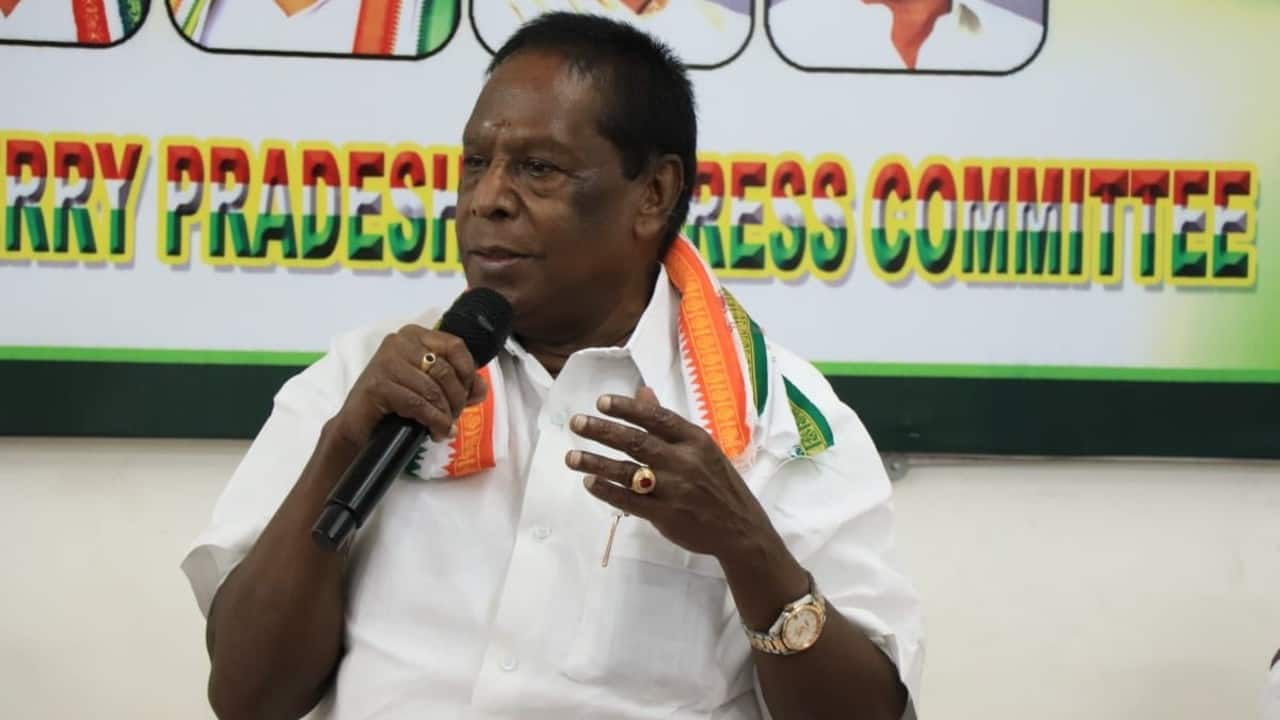 The Congress has dominated the UT’s politics for the last two decades – except for a five-year term between 2011 and 2016 when there was an All India NR Congress (AINRC) government. N Rangasamy-led AINRC, the UT’s main opposition party, is an ally of the All India Anna Dravida Munnetra Kazhagam (AIADMK) and a member of the National Democratic Alliance (NDA).

Since 1988-89, the power in Tamil Nadu was swinging between the state’s two main political parties – the All India Anna Dravida Munnetra Kazhagam (AIADMK) and the Dravida Munnetra Kazhagam (DMK) – every five years. However, this pattern was broken in 2016 when then chief minister J Jayalalithaa’s AIADMK was re-elected. But Jayalalithaa’s demise in December that year led to factionalism in the party. AIADMK is now being led by the Chief Minister Edappadi K Palaniswami and Deputy CM O Panneerselvam in a dual power centre arrangement. Despite these hurdles, the party has managed to stay in power with a slim majority in the Legislative Assembly.

When the assembly election is held in April-May, AIADMK would have completed 10 years in power. Thus, it is expected to face some degree of anti-incumbency.

For the first time in decades, a state election in Tamil Nadu will be fought without AIADMK matriarch Jayalalithaa and DMK patriarch M Karunanidhi, who passed away in 2018.

The AIADMK is expected to contest the polls in an alliance with the Bharatiya Janata Party (BJP), which has enjoyed very limited success in the state so far. But the combination is likely to give the two parties access to a larger pool of resources during the campaign.

Yet, it is the DMK, now led by Karunanidhi’s son and former deputy CM MK Stalin, which stands to gain most from a possible anti-incumbency sentiment. This was seen in the 2019 Lok Sabha elections when the DMK and its United Progressive Alliance (UPA) partners bagged 38 out of the state’s 39 parliamentary seats. 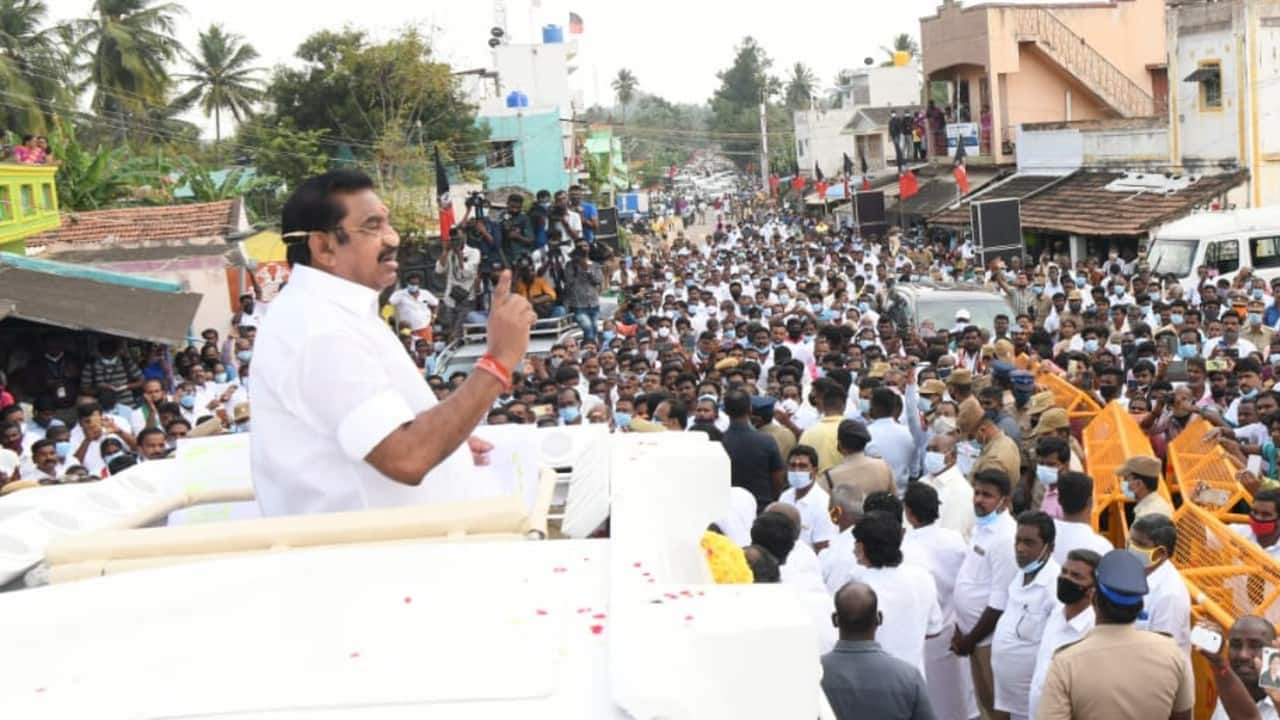 But the DMK is not AIADMK’s only challenger. TTV Dinakaran’s Amma Makkal Munnetra Kazhagam (AMMK), which was carved out of the AIADMK in 2018, could pose a serious threat to the ruling party’s prospects in some regions of Tamil Nadu. Dinakaran is the nephew of VK Sasikala, a close aide of late Jayalalithaa and is known to have considerable influence in certain pockets of the southern state.

Reports also suggested that Stalin’s elder brother and expelled DMK leader MK Alagiri may float his own political party. A successful campaign by Alagiri could split the opposition further and hurt DMK’s chances.

Actor Rajinikanth’s new political outfit and Kamal Haasan’s Makkal Needhi Maiam (MNM) will be contesting at the state-level for the first time. While some consider them as political novice, it is to be noted that the state has a history of turning superstars into successful politicians. Jayalalithaa and her mentor MG Ramachandran are examples of this phenomenon.

After nearly 10 years in power, Chief Minister Mamata Banerjee’s All India Trinamool Congress (TMC) may be facing some degree of anti-incumbency. To make matters worse for the party, it is on a collision course with the BJP which has made a dramatic rise in the state over the last few years.

BJP’s efforts on the ground helped win 18 of Bengal’s 42 parliamentary seats in the 2019 Lok Sabha election, up from just two in 2014. This rise came at the cost of not just the Trinamool, which saw its tally fall from 34 to 22, but also the Congress and the Left Front.

BJP’s vote share in the state soared to 40.6 percent in the 2019 general election from about 17 percent in 2014. This brought the saffron party’s share close to TMC’s 43.6 percent.

Trinamool has also been rocked by a series of defections in recent weeks, including that of East Midnapore strongman Suvendu Adhikari.

Congress leader Adhir Ranjan Chowdhury has confirmed that his party will ally with the Left for this election. A similar arrangement was in place in 2016. Yet, BJP is also likely to face challenges. The Banerjee-led government’s handling of the pandemic will be among key factors that would decide which way voters sway. Plus, the BJP has not portrayed a chief ministerial candidate to take on Banerjee who is a two-term chief minister.

The introduction of the CAA and the proposed pan-India NRC exercise remain contentious issues, especially in the state of Bengal which borders Bangladesh. BJP leader Amit Shah said in November that implementation of CAA had been delayed by the pandemic. He did not comment on whether it will be implemented before the Bengal polls.

While BJP did well in the 2019 Lok Sabha polls, recent election results and voting trends have shown that India has moved towards ‘split-ticket’ voting where voters tend to cast ballots differently at the central and state levels.

Elections to fill vacant Rajya Sabha seats will happen in at least three states – Jammu and Kashmir, Kerala and Puducherry. Tenure of four members from J&K will end on February 10 and 15. Tenure of three members from Kerala is slated to end on April 21. Another seat from Puducherry will fall vacant on October 6.

Goa, Punjab, Manipur, Uttar Pradesh and Uttarakhand will head for assembly polls in the first half of 2022. Thus, socio-political events that unfold in the second half of 2021 are likely to have a major influence on these elections scheduled for early 2022.
Nachiket Deuskar
Tags: #Assam #Current Affairs #India #Kerala #Politics #Puducherry #Tamil Nadu #west bengal #Year-ender 2020
first published: Dec 28, 2020 01:04 pm