Kailaasa: Rape accused godman Nithyananda's own 'Hindu nation', here is all you need to know

Self-styled godman Nithyananda, who has reportedly fled the country after a rape case was registered against him, is said to have founded a new 'nation' called Kailaasa.

The new nation Kailaasa has a website, which describes it as "the greatest Hindu nation" on Earth. According to the website, “Kailaasa is a nation without borders created by dispossessed Hindus from around the world who lost the right to practice Hinduism authentically in their own countries.”

The website states Nithyananda as the “founder of the Kailaasa nation and the reviver of the enlightened civilization.”

According to the website, the mission of founding a separate nation is preservation, restoration and revival of an enlightened culture and civilization based on authentic Hinduism. 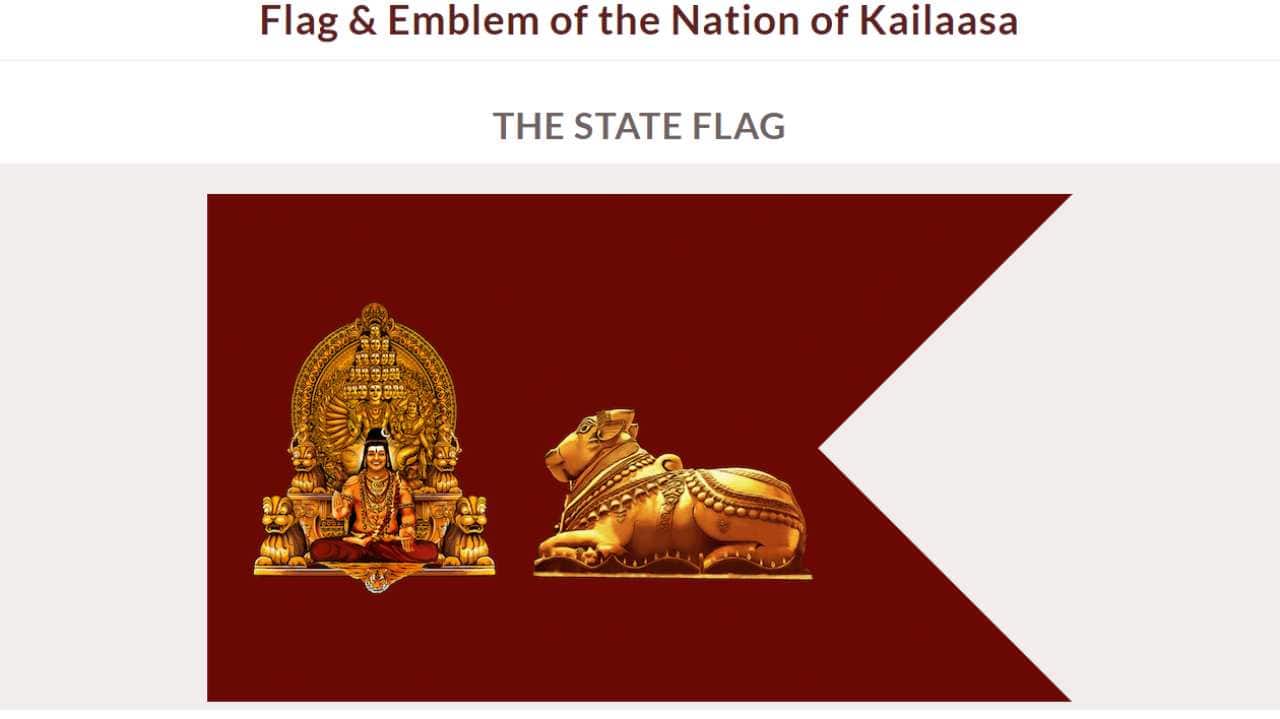 The ‘nation’ also has its own flag and emblem. “The triangular flag with emblem of Paramashiva and Nandi – is the State flag of the Nation of Kailaasa. It is called as the Rishabha Dhvaja,” the website states.

The website described the flag as hiving a deep red colour with a picture of Lord Shiva with 25 heads and 50 hands, Goddess Shakti sitting on His lap, Nithyananda and Nandi (a bull considered as a disciple of Shiva).

Nithyananda-founded Kailaasa purportedly also has a government with various departments and agencies. Started with Office of HDH (His Divine Holiness – referred to as Nithyananda), there are the following departments: 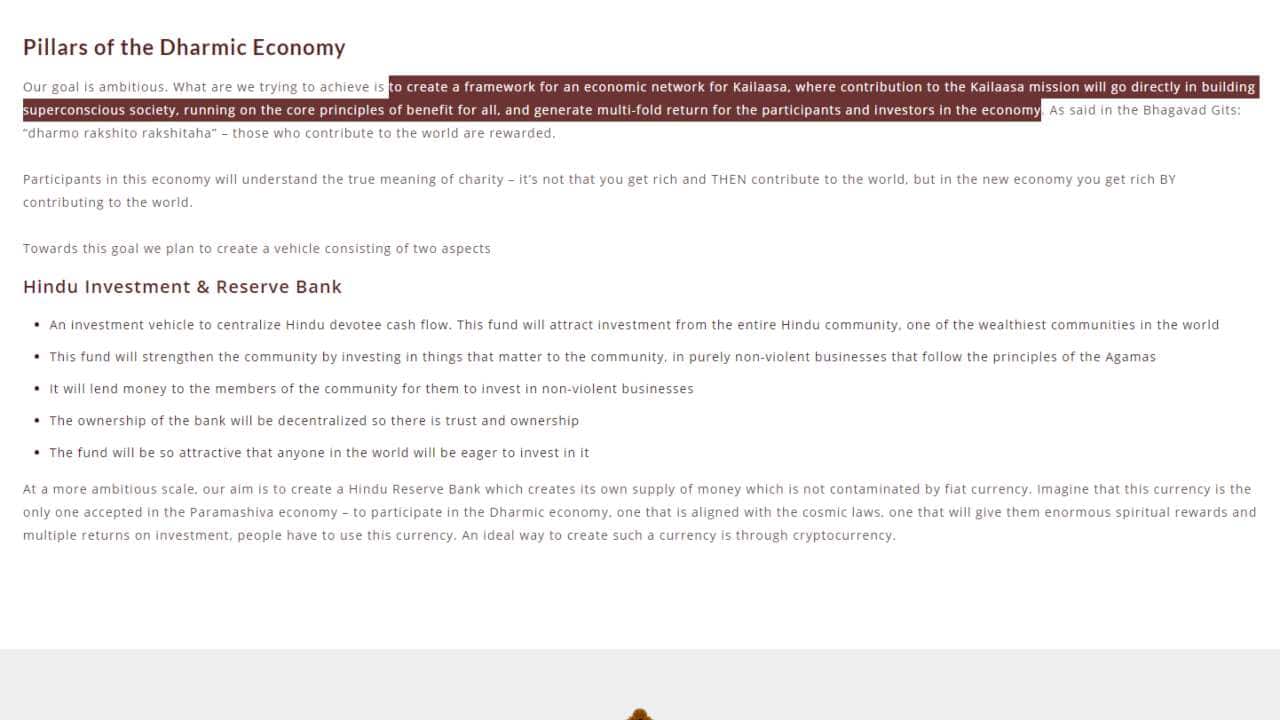 In Kailaasa, Nithayananda looks "to create a framework for an economic network for his 'nation', where contribution to the Kailaasa mission will go directly in building a superconscious society, running on the core principles of benefit for all, and generate multi-fold return for the participants and investors in the economy."

Kailaasa has its own Hindu Investment and Reserve Bank which will be used as an investment vehicle to centralize Hindu devotee cash flow.

Nithyananda, through the website, is inviting people to become a ‘citizen’ of Kailaasa. “It is created for, and offers a safe haven to all the world’s practicing, aspiring or persecuted Hindus, irrespective of race, gender, sect, caste, or creed, where they can peacefully live and express their spirituality, arts, and culture free from denigration, interference and violence,” read the web page.

Although the website kept the location of the ‘nation’ mysterious, a report by India Today said that Kailaasa is located on a private island that he has allegedly bought from Ecuador, near Trinidad and Tobago.

The report further cites sources as saying that Nithyananda has escaped to Ecuador via Nepal.

Moneycontrol does not independently verify the report.

The website does not only heaps praises on Nithyananda but also mentions a plethora of facilities for its ‘citizens’. There is free food, drinking water, education and healthcare. Not only this, but the website also talks about providing child welfare, gender equality, LGBT rights, women empowerment, combating sexual violence, etc besides the promotion of Hinduism.

The self-styled godman does not only claim to have a separate nation but also has his own encyclopedia, named Nithyanandapedia, a journal named as Nithyananda Times, Nithyananda TV as well as social media accounts on all the prominent platforms.

The population of the 'nation' has also been mentioned on the website. It is supposedly "100 million Adi Shaivites; two billion practicing Hindus". Recognised languages there are – English, Sanskrit, Tamil.

His nation will also hold its own Kumbh Mela ( a mega festival in Hinduism) and Shivaratri (wedding day of Lord Shiva).

Nithyananda has been absconding after a rape case was registered against him in Karnataka. An FIR has also been registered against the controversial guru on the charges of kidnapping and wrongful confinement of children to make them collect donations from followers to run his Yogini Sarvagyapeetham ashram in Ahmedabad.

(All images used in the story are from https://kailaasa.org/)