In the wake of Pulwama terror attack, fake-o-meter in country running high

From the fake image of an injured soldier to reports on sniffer dogs attaining martyrdom during the Pulwama attack, social media platforms and messaging app WhatsApp is rife with rumours at the moment

In the wake of multiple attacks unleashed by terrorists on Indian security forces and the consequent backlash, the fake-o-meter in the country is high, with posts talking of valour, martyrs, and spewing hate against Pakistan doing the rounds.

From the fake image of an injured soldier to reports on sniffer dogs attaining martyrdom during the Pulwama attack, social media platforms and messaging app WhatsApp is rife with such rumours at the moment.

Let’s take a look at some of them.

1.      The picture of an injured army man in combat outfit and bandages on his body went viral on social media. The post claimed that the man in the picture is an Indian Army personnel who left his treatment mid-way to teach terrorists a lesson after hearing that Prime Minister Narendra Modi has given the Army a free hand to retaliate. However, the viral photograph is of a Russian soldier and was taken during a 2004 terror attack in Russia. 2.      Pulwama blast: Facebook page 'Rajsthani Media' posted a video of a blast stating it is the CCTV footage of the Pulwama terror attack. In reality, this video dates back to 2007, and was taken in Baghdad. The 29-seomd video claims to be of the recent terror attack on a CRPF convoy, which claimed the lives of over 40 servicemen. 3.      In another post that went viral after the Pulwama attack, army veteran Major Surendra Poonia posted two pictures with #RIPBravehearts and caption "Cost of freedom and pain of losing brothers!" The first picture is that of coffins wrapped in tricolours and the other soldiers wiping their face. The post was shared a hundred times since as people mistook them to be the coffins of the martyred CRPF jawans.

4.       The other fake news that was shared widely on Twitter was that 13 sniffer dogs were also martyred during the Pulwama attack. However, a CRPF officer told The Quint that no sniffer dogs were killed in the attack as there were no dogs in the convoy. 6.       The next fake video in question claimed China has opened an 880-km highway connecting itself to Pakistan. The four minute long video with close to 2 million views shows the aerial shot of an elevated corridor with many vehicles plying on it. The truth is, the video is of Axi Highway, a 240 km-long highway in China. 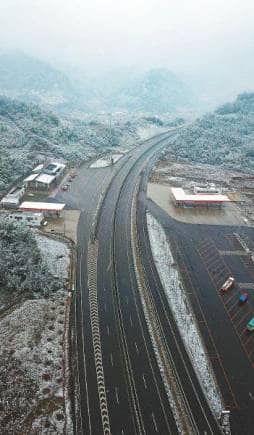 7.       Another video showing a brawl has been circulating on Facebook, claiming Kashmiris were beaten up in Chandigarh after the Pulwama attack. The video shows people smashing crockery in a hotel and roughing up the staff members. While it is true that Kashmiris are facing intimidation at the moment, the video is fake and is actually of a wedding held in Delhi.