Veterans Unpacked | Former Medtronic chair and CEO: 'Be an authentic global leader with a clear purpose'

Harvard Business School Professor and former Medtronic chair and CEO Bill George on the big shift in management, being an authentic leader and meeting the Dalai Lama in Dharamsala.

Note to readers: How ​do corporate leaders surf life after hanging up their boots? What do they do next? What are the lessons they learned in their eventful journeys? What advice do they have for the current crop of leaders? Veterans Unpacked is a new series of interviews aimed to offer readers lessons from retired bosses on life outside the corner office.

Bill George is former chair and CEO of Medtronic, a medical device manufacturer. During his tenure there, he practiced what he preached.  When he became CEO in 1991, he pledged to fill the role for only ten years, following his belief that diversification of a company’s leadership was the best way to ensure its future success. As promised, he resigned as board chair of Medtronic in 2002.

Earlier in his career, George was a senior

executive with Honeywell and Litton Industries and served in the US Department of Defense. He has served on the boards of Novartis and Target Corporation, and now serves as director of ExxonMobil, Goldman Sachs, and the Mayo Clinic. He is also a Harvard Business School Professor, trustee of the World Economic Forum USA and Guthrie Theater and a former Trustee of Carnegie Endowment for International Peace.

Edited excerpts from an interview:

What have you been up to since hanging up your boots?

I retired from Medtronic in 2002 after completing my term as chair & CEO. Since then, I have been teaching leaders at Harvard Business School and other places as well as writing a series of books about leadership. I am focusing on developing and inspiring the next generation of authentic emerging leaders in Gen X, Millennials, and Gen Z. I do so with my new book, True North: Emerging Leader Edition, appearing on television, radio and podcasts, teaching in the classroom, and giving speeches to leaders while mentoring many leaders from CEOs to MBAs.

What keeps you busy now?

Teaching, mentoring, writing, and speaking all keep me very busy. I have served on some large company boards since retiring from Medtronic: Goldman Sachs, ExxonMobil, Novartis, Target, The Mayo Clinic, and the World Economic Forum USA. I phased off of the last of these boards in 2019. Now I am only serving on two non-profit boards: as a life director and executive committee member of the Tyrone Guthrie Theater and the YMCA of the North, both in Minneapolis where I live.

Looking back, can you tell us about three interesting events or anything that has stayed with you since?

This past October I had the privilege of meeting in person with His Holiness the Dalai Lama at his residence in Dharamsala, India. We were part of a US/Europe group called the Mind & Life Institute that is chartered by him to carry on his work in the West. We learned a great deal from His Holiness about compassion and loving kindness and how we can work together to overcome our destructive emotions, as well as hearing the latest research from scholars about mindfulness and well-being.

On August 30, 2022, my new book, True North: Emerging Leader Edition, was published as a clarion call to emerging leaders in Gen X, Millennial, and Gen Z generations to step up now to leadership.

In August my wife and I had some great opportunities in Switzerland to climb up Switzerland’s Eiger Pass (not its North Face!) and mountains around the famous Matterhorn, as well as some wonderful biking trips. We followed this up with a weeklong biking trip in Puglia, Italy along the Adriatic, shortly before our memorable trip to Dharamsala.

What do you miss most about the C-Suite?

I miss daily interactions with all my colleagues at Medtronic who worked in R&D, on the production lines, in the sales force, and in the executive ranks. I also miss the regular contacts I had with the amazing physicians who implanted Medtronic products and knowing the patients they served. On the other hand, these days I have many opportunities to connect directly with CEOs, C-Suite executives, and mid-career leaders through my teaching and the executive seminars I lead for companies in the US, UK and Europe, and India. 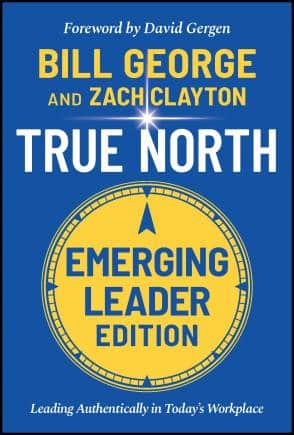 If you had to relive your corporate career, what would you do differently?

I would have joined Medtronic three years sooner. In my latter years at Honeywell after returning from Brussels, I was losing my way without passion for the business or opportunities to engage deeply with customers and employees and focus on innovations. That all changed when I got to Medtronic and joined a group of people so deeply committed to restoring people to full life and health.

What are the changes in the corporate world that you see now that are vastly different from your time?

The focus has clearly shifted from maximizing shareholder value to meeting the needs of all stakeholders. Leaders are much more concerned with the well-being of their employees and the need to inspire and unite employees around their purpose and values. Meanwhile, leaders are confronting multiple, intersecting crises, so they must be much more adaptable to changing conditions without losing sight of their purpose and vision.

Which business leader in the current crop impresses you?

Satya Nadella, CEO of Microsoft, who has transformed his company’s culture from know-it-alls to learn-it-alls to instill a growth mindset, using empathy and compassion.

Mary Barra, CEO of General Motors, who brought the company out of bankruptcy and transformed GM’s moribund culture, using her hands-on, people-oriented style. Meanwhile, she refocused GM on designing great cars and trucks with excellent quality, while converting to an all-electric fleet by 2035.

How did you plan for life after retirement?

I haven’t retired yet and may never fully retire, as I love engaging with people and leaders who are trying to make this world a better place for everyone.

When I retired from Medtronic, I decided to try to contribute to changing leadership from the command-and-control, tops-down style of the 1990s to authentic leaders who care about employees and customers. Through teaching, writing, seminars and speaking, I have been able to work with many great leaders at all levels, and have watched with joy as today’s focus has shifted to authentic leadership and most leaders are actively trying to be authentic leaders with a noble purpose.

Is there anything you would tell your younger self?

Bill, don’t be eager to move ahead so quickly. Take time in your 20s to explore the world and enjoy life outside your career. Life is long, and leadership is not a destination but a long, joyous journey, filled with many ups and downs which teach us what is important in life.

What is your advice for the next cadre of corporate leaders?

Be an authentic global leader with a clear purpose who practices clear values, while meeting the needs of all your stakeholders: your customers, employees, investors, and communities. Corporations have enormous opportunities to contribute to making this world a better place for everyone, and have the resources to make lasting differences. Focus your organization on making positive contributions to society locally and globally.

Pavan Lall is a senior journalist based in Mumbai.
Tags: #Veterans Unpacked
first published: Dec 17, 2022 09:28 am