They are targeting a 10 percent market share overall, which will require them to grow at 20-25 percent annually every year, said ﻿Bhaskar Bhat, MD, Titan.

Bhaskar Bhat, MD, Titan in an interview to CNBC-TV18 spoke about the outlook for the company in terms of demand post the Nirav Modi issue

Bhat said these kind of issues do have a temporary impact but the overall trend is secular. Regulatory measures like demonetisation, GST, introduction of Prevention of Money Laundering Act (PMLA) and the withdrawal of that have in fact helped organised players like Titan in the jewellery space, he added.

Some news reports regarding cheating on diamond quality etc did create suspicion amongst consumer but Tanishq with the Tata brand has the respect and regard of its consumers. The company overall has benefited even more, he said.

However, the sector is under stress due to these scams and the banks are reluctant to lend, said Bhat adding that their business has not been impacted per se because of their strong balance sheet.

He said they are a small market share player in the big sized jewellery industry. 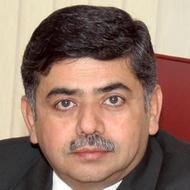 Latha: Give us the view from the ground on demand after recent events, the Nirav Modi issue, has that impacted demand in anyway positive or negative?

A: One of events like these certainly have a temporary effect but let me give you a picture of the overall trend and that has remained secular in a way since demonetisation. So demonetisation, GST and then the PMLA introduction and then the withdrawal, just before Diwali etc, all these regulatory measures have all worked in favour of organised sector players like Titan in the jewellery industry. Not only that, the GST which is a formalisation of the economy certainly has helped us overall as a company as well because we operate - our competitors by and large are in the unorganized play and therefore we benefit overall. Jewellery particularly is a question of migration. There was this suspicion about mixing poor quality diamonds, cheating on diamond quality etc which was all over in the news a few weeks back. It has created a sense of suspicion amongst consumers but Tanishq with the Tata brand has always had the respect and regard of its consumers. Therefore, in a way we have benefited even more.

Anuj: Now that the base effect is behind you, what kind of growth would you expect? Your last guidance was strong but for FY19, what would be the overall target?

A: The first point is in the jewellery industry, we still are a very small market share player and the size of the industry is very large. Even without the effects of the migration which I spoke about, we had been targeting a 10 percent market share which is more than doubling our current market share in five years’ time now. If that has to happen, you have to grow at at least 20-25 percent annually every year and we are confident of achieving that growth rate. Combined with that the higher growth rate in studded jewellery is what we are targeting.

Sonia: So that is about growth. But talking a little bit in depth about this migration to organized players, your margins in the business have been around 9-11 percent for many quarters now. Do you see accelerated pricing power because now there will be this migration and will that in a sense help you get better margins overall for the business?

A: We do see better pricing power for brand Tanishq. However brand Tanishq is also pursuing a wedding strategy, which is primarily plain gold jewellery and to that extent, it is margin diluting but the blended effect of higher growth in diamond jewellery and overall growth which gets you benefits of scale would add to the margin. It would add to the margin.

But not as rapidly as people are expecting. I think the company’s primary objective is to achieve growth in this window of opportunity.

Latha: Your Q3 revenue numbers were 8 percent in the jewellery segment and you guided for 25, you are getting there?

A: We will get to overall – yes 25 percent growth in the jewellery business for the year is definitely possible and is going to happen. I am taking a four quarters put together.

Latha: What about watches? Are you seeing further traction and of course the Fastrack and other accessories are a smaller part, if you can give us some idea of how things are evolving over there?

A: Watches – as we have been talking to you – has gone through recrafting and therefore is now back on its original expected margin profile. The last two quarters have seen good margin improvement in watches and that is thanks to not just cost reduction but improved product mix as well. So the growth is smaller but the margin growth is much higher. So watches is back into profitability.

Sonia: Coming back to the point you made about the sector as a whole, the last time we spoke with you, you did say that the fallout of the scam has been a squeeze in terms of working capital. There has been a lot more scrutiny as far as bank lending is concerned to the jewellery sector, how are things looking now? Has it gotten worse, is it still harder to get access to funds etc?

A: It won’t get better. I think very rightly because of these malpractices that have been discovered, banks are going to be reluctant. Thankfully, it doesn’t affect us because of our strong balance sheet, we don’t have any borrowings and our gold on lease continues to fund our jewellery business. But the sector is certainly stressed.

Latha: Your chairman has spoken about a general reorganisation and a very big thrust on the consumer. You would be at the vanguard because you are their best performing consumer stock in the Tata fold, are you seeing any initiatives in terms of new products, products of other companies, I cannot think of any but is there some group leadership engendered thrust that might change your product mix?

A: The chairman has articulated also about the one Tata philosophy which is for all of us to work together even though we are individual companies with the individual shareholders, individual boards and so on but the consumer sector and retail in particular to which some of us belong, to work together. There are many areas in which we can work together for example, negotiating better for property, on the buying side sometimes, on the consumer loyalty programmes, so these are areas where companies are, while they are working individually, working with each other to get a bigger bank for the buck. There has been no mandate or thrust as such but strategically I think we are on the right track.
CNBC-TV18
Tags: #Business #Titan Company
first published: Mar 20, 2018 12:12 pm