The real culprit for fall in rupee is oil! Re headed for 70, and beyond

The real deal breakers would be continued rise in oil, which will evaporate all the export advantage gained by a weak rupee

Crude oil was hovering around the USD 80/bbl mark in May, raising fears that import bill would put further pressure on the rupee which weakened to Rs 68/USD levels. Let us look at the situations prevailing now and in 2013 when the rupee weakened past Rs 68/USD for the first time.

During this period, the current account deficit (CAD) was seen testing 3.6 percent putting pressure on the rupee. The pressure on CAD, by way of imports, was largely due to gold, apart from oil.

The two other vital aspects that rendered the currency weak were our forex reserves, and the outflows by way of foreign institutional investors (FII) selling their equity holdings. 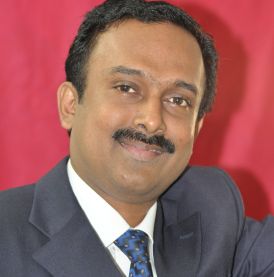 Hence, the new RBI regime, with Dr. Rajan at the helm, appointed towards the end of the UPA regime, and the new government at the centre, under Mr. Modi had to address the issues of FII outflows, gold imports, and inflation.

Oil, obviously was beyond their control, but luckily, crude prices plummeted in the next two years to USD 30/bbl levels, pulling inflation down, from a near double-digit level to 4 percent levels.

Low oil also dragged the commodity complex down. And so did CAD, which fell below 2 percent. Meanwhile, the attractiveness of equities across the globe, strengthening of US dollar following Federal Reserve’s rate hike signals reduced the appeal of gold.

Additionally, curbs imposed by India on imports ensured that gold's pressure on CAD was also solved. The increased appetite in equities and RBI's tight monetary policy thereafter ensured FII inflows into both equities and bonds.

Back to the present i.e. the year 2018, FIIs have become more reluctant in Indian equities and debt lately. Signs of softer monetary policy have led to an outflow to the tune of around 3.5 billion USD from debt this year.

CAD is also projected to edge higher, while inflation at both consumer and wholesale level has reversed the declining trend. FIIs have also taken out around Rs 16,000 crore from Indian equities during the first quarter of this fiscal.

And, the consistency with which FIIs have remained on the selling side in the equity segment during this period has been worrying.

But, this has not triggered a collapse of any sorts, as domestic institutions have been net buyers to the tune of Rs 30,000 crore during the same period, and this has been sticky money.

Comparing rupee levels to when oil was at similar levels, or expecting history to repeat what followed after rupee last hit similar levels in 2013, would be erroneous, mainly because, the underlying factors, both domestic and global, as well as the inflation expectations, have changed.

So, what would be a realistic metric for understanding the present state of Indian rupee?

Real effective exchange rate or REER brings in more insight to this end. REER adjusts the exchange rates to the changes in price prevailing in the major trading partners. Thus REER takes inflation into account and gives a better idea of the purchasing power of the currency.

During May 2017, REER of Indian rupee was at 114.67, or in other words nearly 15 percent overvalued. So, does that mean that rupee should jump to 78? On the other hand, REER was a shade under 120 in May, last year, when the exchange rate was only around 65.

So, REER does not exactly tell how far the nominal exchange rate can rise, but it is certainly an indicator that at present rates, the rupee is overvalued, and has possibly more room for weakness against the US Dollar which could even take the rupee towards Rs 70/USD and beyond.

Given the present scenario, the prospects of rupee hinges on the extent of private investment that can come in, for which the debt overhang has been a big worry.

Forecast for normal monsoon may cool inflation expectations for now, but the pace of resolution of debt ridden companies as well as the revival of capex cycle and lending growth will be closely watched.

Meanwhile, the sharp push seen in Dollar Index in mid-June against major currency peers is a point of concern. Potential for this to extend is very much possible, given ECB’s dovish forward guidance, prompting traders to rule out a rate hike for the near term.

Extrapolating this to a year ahead, the treasury yields between US and European treasuries would have widened, giving a clear path for US Dollar to strengthen, thereby putting further pressure on the Indian rupee. Political uncertainty in the Euro region also needs to be read in this context.

But a weakening rupee is not the end of the road. Ideally, a weak rupee renders our exports attractive, and could spawn a new leg of growth that could eclipse the uncertainties that the upcoming elections are posing.

The US-China trade tensions have thrown a spoke into the wheel of this optimism, but we are inclined to see this as a change agent, rather than as a deal breaker.

But, the real deal breakers would be continued rise in oil, which will evaporate all the export advantage gained by a weak rupee, or an extremely sharp pace of weakness in the rupee that will leave traders unhedged.

But, for now, Pharma and IT stocks, most of whose revenue come in foreign currency, should benefit.

Disclaimer: The author is Chief Market Strategist, Geojit Financial Services Ltd. The views and investment tips expressed by investment expert on Moneycontrol are his own and not that of the website or its management. Moneycontrol advises users to check with certified experts before taking any investment decisions. The analyst or the company might have a position in the stocks recommended.
Moneycontrol News
TAGS: #Crude oil #Economy #Rupee
first published: Jun 28, 2018 11:57 am