Retail investors can selectively do value buying as the valuation premium of midcaps and small-caps over large-caps has reduced significantly.

History suggests that the spread between large and midcap returns has peaked out at 15-20 percent. Currently, this spread stands at 18 percent, Siddhartha Khemka, Head of Retail Research, MOFSL, said in an interview with Moneycontrol’s Kshitij Anand.

Q) March started on a positive note. Do you think the momentum will continue till elections or investors should not be excited about the rally?

A) Indian equity market continued its positive momentum with both mid-cap and smallcap stocks being the biggest gainers. Reduced geopolitical tension, possibility of stable government, strengthening rupee and recent FII buying has supported turnaround in the market. 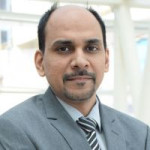 However, the global markets have been lackluster due to worldwide growth forecast downgrade from the OECD, ongoing Brexit issue and dovish stance of ECB.

Going ahead, while the positive momentum in the Indian market is likely to continue, intermittent volatility cannot be ruled out due to occasional profit booking, global issues like Brexit, ECB stance, Crude oil price movement, etc. could impact short term sentiments.

The market would also track the political developments and the direction thereof would be a function of the general elections and the consequent outcome. Post-election, in our view, the long term positive trend will remain intact.

Hence, the best strategy in the current market for investors would be to start accumulating good quality large as well as mid-cap stocks from a medium to long-term perspective.

Q) Valuations of small & midcaps have now become compelling after the recent correction. Do you think it is time to spot some beaten down stocks in the broader market?

A) The Nifty has significantly outperformed the midcap index since Dec’17. This underperformance of midcaps was largely led by their unsustainable valuation premium to large-caps, macro headwinds, concerns about governance/liquidity issues, and the lack of pick-up in earnings growth.

Over the last 12 months, mid-caps have corrected by 15 percent, as against the Nifty’s rise of 2.9 percent. As a consequence, P/E valuation premium of mid-caps v/s large-caps which had reached 46 percent in Mar’18, which now stands at 10 percent.

From P/B based valuation perspective, the midcap index has corrected significantly from a peak of 3x in Aug’18 to 2.3x, while the Nifty trades at a P/B of 2.6x.

Further, history suggests that the spread between large and midcap returns has peaked out at 15-20 percent. Post hitting this peak range, the performance has reversed in the past. Currently, this spread stands at 18 percent.

The Indian economy, as well as earnings, is improving as we step into FY20. We also expect the RBI to cut rates further in its April policy meeting.

Our analysis of fundamentals and valuations for mid-caps and comparison of mid-caps versus large-caps on several frontiers suggest that the relative attractiveness of mid-caps has gone up.

We believe that the broad underperformance of the mid-caps is overdone and interesting bottom-up opportunities are now available in this space across sectors.

Q) Market is taking comfort in the fact that the possibility of BJP coming back to power in 2019 has become more realistic. Do you think this one big factor which is supporting the sentiment on the Street?

A) February saw heightened tensions at the India-Pakistan border, with the Indian Air Force launching air strike across the border to take action against the terror camps.

Markets got nervous given the rising geopolitical risks but soon stabilized as situation de-escalated after a week. National Security has emerged as an important election issue in the last one month.

Latest opinion polls suggest that the popularity, as well as approval rating of the incumbent NDA government led by PM Modi, has risen sharply post the recent India Pakistan conflict. This, coupled with stable global markets, has propelled mid-cap rally over the last two weeks.

Q) Two beaten-down sectors in the recent past are finding their footing back on D-Street i.e. PSU banks and metals. What are your views?

A) PSU Banks are trading at a P/B of 0.8x, at a 12 percent discount to its historical average of 0.9x. Net stressed loans have moderated buoyed by healthy recoveries and a decline in fresh slippages.

However, downgrade of ILFS account impacted the slippages trajectory for a few banks (Indian Bank, Canara Bank and Bank of Baroda). SBI and PNB appear well placed to benefit from the upcoming NCLT resolutions.

Operating performance has improved moderately led by NII growth on calibrated margin recovery. The government has further announced capital infusion of INR482bn in 12 PSBs to meet their provisioning and capital requirements.

Even RBI relaxed the PCA norms for Bank of India, Bank of Maharashtra, Oriental Bank of Commerce, Allahabad Bank & Corporation Bank subject to continuous monitoring. This would help in credit growth for some of these PSU.

All these factors combined with comfortable valuations make us overweight on PSU banks with our top pick being SBI.

While the metals sector continues to report strong numbers, we would like to remain cautious at this juncture. We expect that after 2-3 years of strong growth, the metal cycle could be at its peak.

With global economic growth forecast going lower across regions – which could lead to lower demand especially for the ferrous metals. Metals sector valuations are currently at 1.2x P/B, near its historical average of 1.4x while EV/EBITDA is at 6.3x, a 14% discount to the historical average.

Steel, aluminium and Zinc prices – all are in the uptrend momentum. We like JSW Steel, as it benefits from higher steel spreads. Hindalco is well placed to benefit from higher aluminum prices and low-cost captive raw material.

Q) What are your expectations from the rupee? It hit a fresh multi-month high in the week gone by? IT and pharma back in focus?

A) The recent rate cut by RBI and change of its stance to neutral from calibrated tightening will keep inflation under check, and thus ease pressure on the rupee. Further, the US Fed has hinted on no further rate hike given slowdown in the US economy.

Even FII flows have picked up, all of which should help in strengthening of rupee further. However given the upcoming elections, the rupee appreciation may be limited. Both IT and pharma stocks which are more export-oriented will stand to lose if rupee appreciates.

Q) Fears of global growth has again resurfaced especially after ECB decision as well as OECD report. Should investors be worried?

A) There is again uncertainty emerging on the global side. ECB has just changed its stance from hawkish to dovish.

Even OECD has lowered the global economic growth forecasts for 2019 and 2020, following on from previous downgrades in November, as it warned that trade disputes and uncertainty over Brexit would hit world commerce and businesses.

All this doesn’t augur well from a global standpoint. As discussed earlier all these could lead to intermittent volatility. However, investors need not worry too much about these issues as the market may well discount them as over when the overall fundamental improve along with any growth back in sight.

Q) The big rally that we are seeing in mid & small-caps stocks. Is it FoMo playing out (fear of missing out)? Should retail investors fall into this trap?

All of these have triggered the fear of missing out and thus led to rally in mid and small cap stocks with market breadth improving.

The retail investors can selectively do value buying as the valuation premium of midcaps and small-caps over large-caps has reduced significantly.