The decline in inflation data for August could reduce the pressure on the RBI to normalise policy. Though retail inflation is at a comfortable range, there are certain risk factors.

Inflation data for August was released this week. Inflation, as measured by the Consumer Price Index (CPI), came as a relief, registering a growth rate of 5.3 percent.

For the second consecutive month, it was below the upper band of 6 percent. The decline in the overall inflation rate is contributed mainly by the fall in food prices. Food and beverages enjoy the highest weightage in the CPI - at around 45 percent.

Food inflation registered a growth rate of 3.1 percent in August, compared to 3.9 percent in July. Within the food basket, vegetable prices registered a contraction of 11.6 percent.

Core inflation (i.e., inflation excluding food and fuel), which remained sticky at around 6 percent, also registered a decline in August. The decline in inflation could reduce the pressure on the RBI to normalise its monetary policy.

The central bank has been in a dilemma. On one hand, it must aid economic recovery, and, on the other, rising inflation rate has been preventing it from devising new measures. 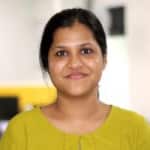 For the next three months, the inflation rate would be in a comfortable range due to the favourable base effect. The inflation rate, between September 2020 and November 2020, was, on an average, at 7.2 percent, before falling to 4.59 percent in December 2020.

A good kharif season is expected to help check the pressure on food prices. As per the latest data, the actual area sown, as a percent of the normal area sown for the crops (during the kharif season), stood at 102.2 percent. Yet, the unfavourable rainfall in some parts of the country could act as a spoilsport.

Inflation rate, as measured by the Wholesale Price Index (WPI), is remaining sticky at 11.39 percent in August 2021. The base effect is also not favourable and a considerable decline in WPI inflation is not expected in the coming months.

More importantly, within WPI, non-food articles registered a growth rate of 28.7 percent YoY, compared to 22.9 percent in the previous month. Higher inflationary pressure at the wholesale level could get transmitted to the retail level, though there could be a delay.

As the inflation rate has fallen back to the comfortable range, it gives more leeway for the RBI in delaying its normalisation measures. Yet, we can expect the RBI to approach the normalisation process gradually in the coming months as there is surplus liquidity in the system.