Tata Power to evolve into service company, thanks to world’s largest microgrid project

Tata Power, India's largest integrated power generator, is evolving into a service company and driving its evolution in a microgrid project that it the largest of its kind in the world.

In November, the company announced a tie-up with the Rockefeller Foundation to set up 10,000 microgrids to provide power to five million homes across the country.

The project, which will include an investment of Rs 5,000 crore, will be executed by Tata Power's new unit, TP Renewable Microgrid.

The change is also happening through its distribution arm. The power company is now the favourite to acquire Central Electricity Supply Utility (CESU), the state-owned power distributor in Odisha's five cities.

Tata Power, which already distributes power to 1.5 million customers in Mumbai and Delhi, is also in the running for similar opportunities in UP, Rajasthan, Jharkhand and Madhya Pradesh.

"Tata Power is evolving into a service company. The nature of the business is changing, and consumer focus is becoming critical for us," said CEO and Managing Director Praveer Sinha in an interview with Moneycontrol.

"Earlier, this opportunity was not there, where people can produce power, use it and give it to the grid. Now a new word has come - presumer, where you are both a producer and a consumer," added Sinha, who had taken over at the helm of Tata Power in March 2018.

The evolution will see the consumer service vertical become as big as the generation business of Tata Power in the next five years. At present, the service segment brings in 20 percent of the revenues.

The change comes at a time when power companies in India are saddled with debt, with an economic slowdown hitting demand from industrial clients. A distribution business, on the other hand, can bring a steady flow of revenue. 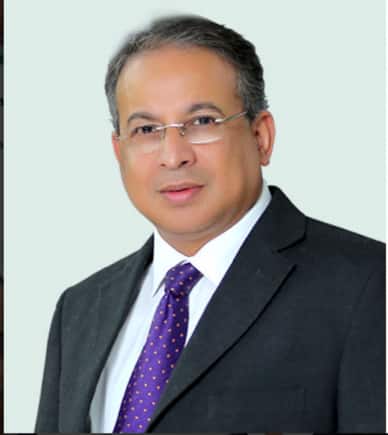 The most challenging part of this evolution is probably the microgrid project with Rockefeller Foundation.

Tata Power collaborated with the likes of MIT and Rockefeller Foundation to "understand if there is opportunity in absolutely decentralising distribution, and bringing off-grid solutions to rural areas," explained Sinha.

At present, it is upto the state-owned distribution companies - most of which are in red - to supply power in the hinterlands. But, the problem here is the low tariff that cannot meet the high cost of supply, thus making operations unviable.

"This is a model that is unsustainable in the long run. No one will do business where you spend Rs 5 and earn Rs 2. How long can you do that?," says Sinha.

TP Renewable Microgrid aims to change that by bringing in cutting edge technology that will keep cost of operations low. At the same time, it will keep supply consistent and good quality power to the villages.

"So we have two ends of the spectrum. On one side, we have the hinterlands where quality of power is low, and on the other, we have students from the MIT providing solutions," said Sinha.

Each of these microgrids will cost about Rs 45 lakh. "About Rs 5,000 crore of investment is needed," added the CEO and MD. While he is tightlipped on the funding, Sinha pointed out that many more global institutions will come in to collaborate, both on the financial and technology part.

Rockefeller, for one, is already bringing in ‘patient capital’ while others will bring capital at low cost. The collaboration will take the model at the intersection of philanthropy and business.

Critical to make the project a business proposition would be to keep the costs low and ensure that the bill is not too high for the rural customer to pay. To enable that, Sinha is hoping that a consistent power supply will push commercial activities, thereby increasing demand and improving paying capability.

The evolution into a service company means that Tata Power is also re-inventing itself as an organisation and is acquiring skills that are customer-centric.

Sinha's role will be crucial, and so will be his experience as the CEO and MD of Tata Power Delhi Distribution Limited (Tata Power-DDL).

The Public Private Partnership venture between Tata Power and the Delhi government was the first of its kind in India, and has become a successful case study for the model. Tata Power-DDL at present supplies power to over seven million people in North and North-West Delhi.

"In terms of our understanding of the consumer, their expectations, the service that needs to be provided and our ability to quickly turnaround issues, and even our branding, everything is undergoing a change," says Sinha.

"That is why Tata Power is evolving into a service company, " he adds.

Prince Mathews Thomas heads the corporate bureau of Moneycontrol. He has been covering the business world for 16 years, having worked in The Hindu Business Line, Forbes India, Dow Jones Newswires, The Economic Times, Business Standard and The Week. A Chevening scholar, Prince has also authored The Consolidators, a book on second generation entrepreneurs.
Tags: #Business #Companies
first published: Dec 4, 2019 12:57 pm