Quirky tech at MWC 2019 that isn't a smartphone

Despite its name, the Mobile World Congress isn’t only about mobiles. There’s a ton of cool new tech on display at the event.

MWC 2019 has seen smartphone manufacturers unveil new handsets with better performance, bigger displays, unique form factors, super-fast connectivity and unheard-off camera layouts. But despite its name, the Mobile World Congress isn’t only about mobiles. There’s a ton of cool new tech on display at the event. 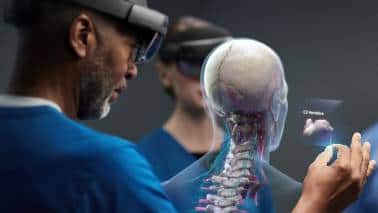 Hololens 2 is a mixed reality visor that projects three-dimensional holograms onto your eyeballs. The Hololens 2 visor features a carbon fibre build and is designed for enterprise use. This visor pushes forward three significant changes from its predecessor including eye tracking, a larger field of view and better hand tracking. Additionally, the interaction model has been tweaked to make using HoloLens apps faster and easier. 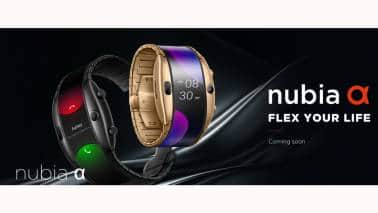 The Nubia Alpha is a smartphone, smartwatch hybrid. The Alpha is essentially a smartwatch with a bendable 4-inch OLED panel. The Nubia Alpha boasts all the functionality of a smartphone – making calls, sending a voice message, taking pictures or videos – while easily wrapping around your wrist like a watch or bracelet. This device also features gesture control and a customised operating system.

The HTC Hub intelligently combines a 5G router, smart display, and battery pack into one nifty device. The Hub features a Qualcomm Snapdragon 5G modem and is the world’s first 5G smart hub. This hub boasts an all-day battery life and acts as a portal to connect your devices to next-gen 5G networks. The 5G hub features a 5-inch HD screen and can stream 4K content to a second screen without any compromise on picture quality. This smart bulb by Chinese smartphone maker Xiaomi allows users to control light colour and brightness through an app or by using voice- assistance via Amazon’s Alexa. Xiaomi claims that the Mi LED Smart Bulb boasts up to 16 million colour options.

DinbeatPRO is a harness which uses sensors to monitor breathing, body temperature, barking activity level and body position of a dog. The harness is designed for veterinarians treating hospitalised dogs.